Israel Puts Cameras in Factory Farms to Curb Abuse – What the U.S. Could Learn From This Move 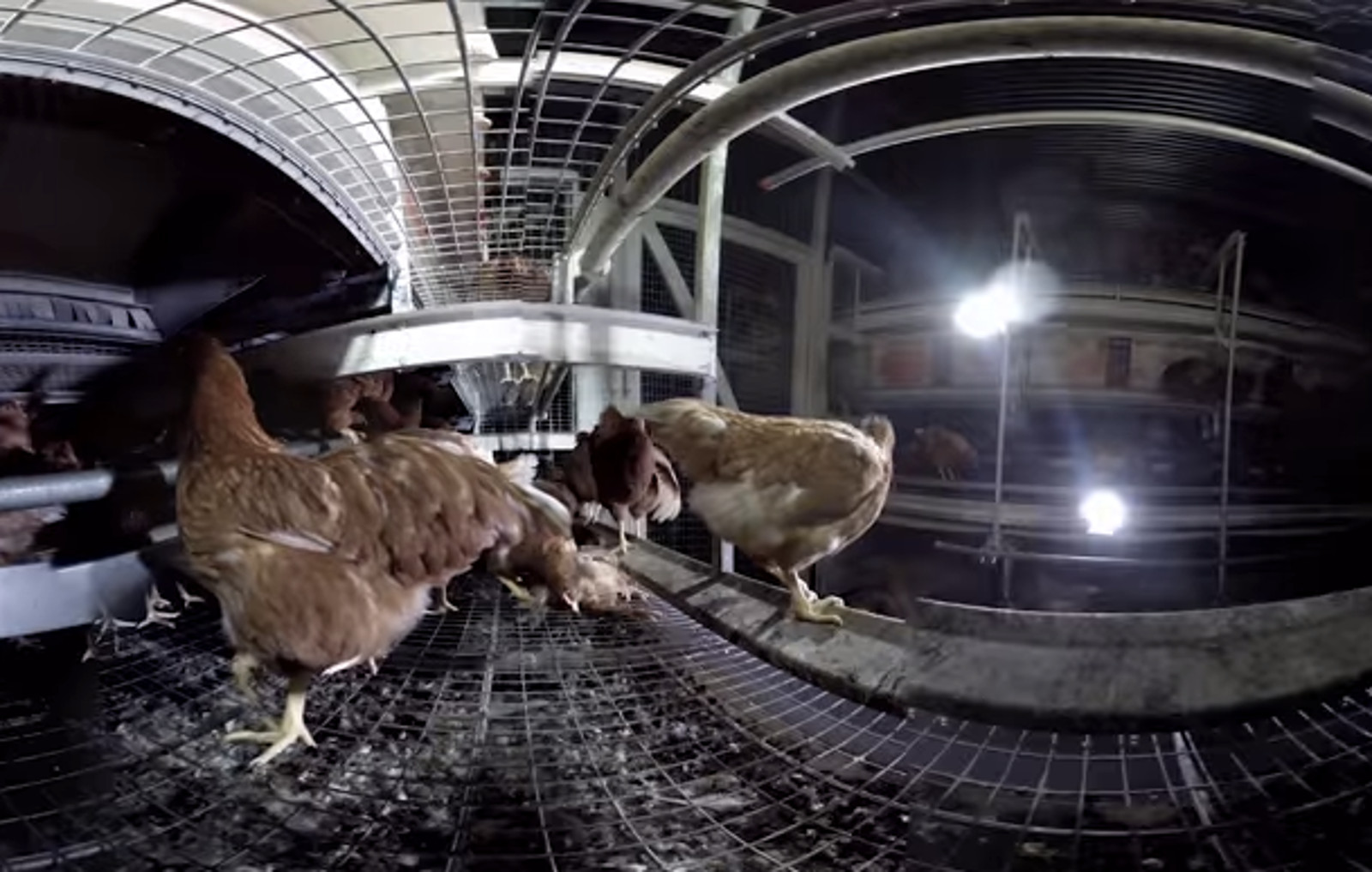 The meat and dairy industries like to fool us into believing animals roam free on rolling hills and grassy pastures. However, nearly all livestock bred for consumption live within the confines of factory farms, giant warehouses where animals are subjected to some of the worst treatment imaginable. Paul McCartney once said, “If slaughter houses had glass walls everyone would be vegetarian.” Well, now there is one country that is putting something better than glass walls into these facilities – live cameras.

Israel’s Ministry of Agriculture and Rural Development is making an unprecedented move to install cameras in their slaughterhouses. This plan, set to be complete by the end of 2016, is in response to multiple undercover videos that show animals being abused by factory workers. “We were witnesses to various severe cases at slaughterhouses around Israel. On the one hand, we cannot generalize, but on the other hand we must increase monitoring and enforcement or else these cases will not change,” Agriculture Minister Uri Ariel said.

A Decision Prompted by Undercover Investigations

Ariel first called for the installation of cameras in July 2015, after a news station aired a report revealing abusive activities at a Soglowek poultry abattoir, Israel’s largest meat brand. The hidden camera footage shot by Anonymous for Animal Rights showed workers yanking chickens caught between the bars of cages, kicking them, piling one on top of the other in heaps, and swinging them while dancing and laughing. The minister shut down the site’s operations the same evening the report aired. According to the Jerusalem Post, other such incidents have been reported at slaughterhouses, as well. In June 2015, the Agriculture Ministry temporarily shut down the Dabbach company slaughterhouse, the biggest slaughterhouse in Israel, where about half of Israel’s calves and lambs are killed, after investigations showed factory workers breaking tails, hanging conscious animals, and electrocuting the living creatures.

To curb these abuses, Israel has a plan to install 400 cameras in Israel’s 50 slaughterhouses. The information will be viewed live 24-7 by an outside agency or volunteers from Veterinarian Monitoring Services. While animal rights groups such as Anonymous for Animal Rights and Let The Animals Live support the new measures, they are pushing for representatives of the animal rights organizations to be able to watch the footage, as well, stressing that such a measure is necessary due to “the ongoing failure of Veterinary Services to enforce the law,” the groups said in a joint statement, according to The Jerusalem Post

“We hope that if violations of the Animal Welfare Law are discovered in the footage, they are handled stringently,” the statement said. “Thus far no indictments have been filed regarding the Soglowek and Dabbah affairs, despite the many hours of videotaped evidence submitted to the Agriculture Ministry.”

A Step in the Right Direction

Israel’s proposal is a giant leap forward for the future of animals within factory farms and slaughterhouses. For years, undercover footage has been the only way for the public to see where their “food” really comes from, and witnessing these horrors has completely changed the public’s perception of the meat and dairy industries and has helped spur an ever-growing trend toward animal rights in Israel (4 percent of the country identifies as vegan, the most of any country in the world). The new installation of live cameras will hopefully continue to shed light onto this notoriously secretive industry and limit extreme cruelty that these undercover videos have exposed.

“The pictures we have seen are appalling and intolerable. I have said before that I will apply a policy of zero tolerance for such things,” Ariel said in his original announcement. He also explained that the ministry would work to pass legislation prohibiting animal cruelty and conduct spot inspections at chicken and cattle slaughterhouses while implementing stronger punishments for those found to be in violation.

A Move the U.S. Can Learn From

While the investigative footage from Israel’s slaughter houses is gut-wrenching, the systematic abuse that occurs is similar to cruelty unearthed by undercover videos of American slaughter houses. However, instead of putting cameras in U.S. slaughter houses to help restrict such practices, some states are doing everything possible to keep them out! Ag-gag laws, which make it illegal to film the inside of slaughter houses, have passed in eight states, and under the influence of big meat and dairy corporations, others continue to fight to keep their practices secret. Such laws aim to hide the suffering of billions of animals on industrial farms and allows widespread animal mistreat to go on unchecked. These legislative initiatives protect the abuser instead of the abused. Thankfully, the courts are defeating Ag-gag bills left and right, but the industry’s efforts to keep the public uninformed continues.

What You Can do to Help Factory Farm Animals

There’s a lot that you can do to let the big meat and dairy producers know that you want better protection for animals, including joining local grassroots campaigns, becoming a city lobbyist, joining protests against animal cruelty, and lending your signatures to petitions to end Ag-gag legislation. Sometimes going up against these big corporations can seem like an impossible mission, but the truth is we all have a voice when it comes to animal welfare. Check out the Animal Legal Defense Fund and Open The Barns to learn more about how Ag-gag laws are being fought and what you can do to help.

Of course, the best way to ensure animals are not cruelly victimized in factory farms is to not support these industries. The most effective way to make these atrocities stop is to stop paying abusers. Check out One Green Planet’s #EatForThePlanet campaign to learn how to swap your favorite meat and dairy dishes for plant-based versions. Click here to get started.