How We’re Saving Blue Whales One Ship at a Time 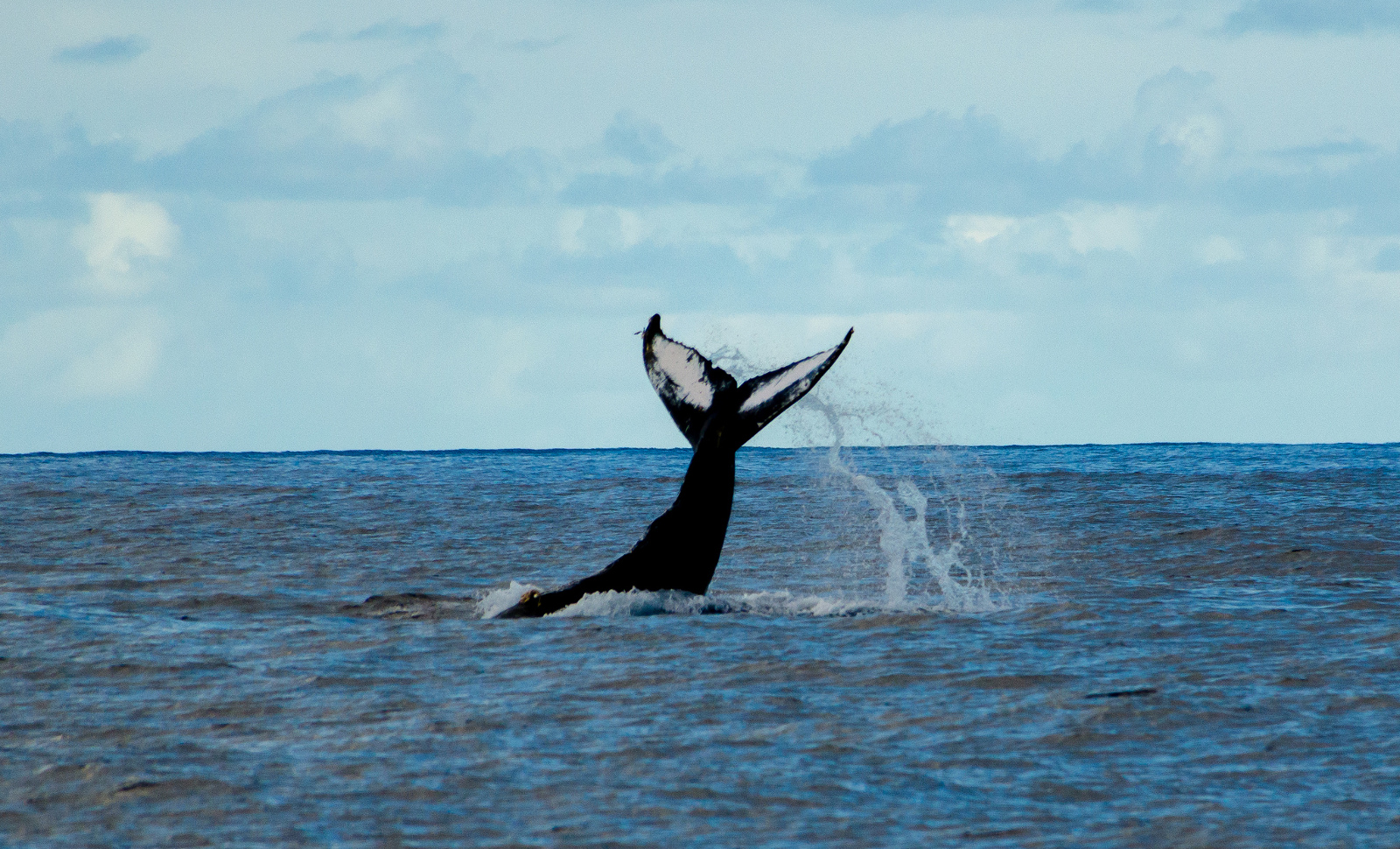 Researchers from the International Fund for Animal Welfare (IFAW) and other groups are working hard to stop more blue whales from being killed in ship strikes off the southern coast of Sri Lanka.

A team from IFAW, along with Wildlife Trust of India, Biosphere Foundation, the University of Ruhuna (Matara, Sri Lanka) and local whale watch company Raja and the Whales conducted a second field season of research earlier this year.

The main Indian Ocean shipping lane runs close to the southern tip of Sri Lanka. It is one of the world’s busiest shipping lanes with around 100 ships passing each day, including some of the largest tankers and container ships. 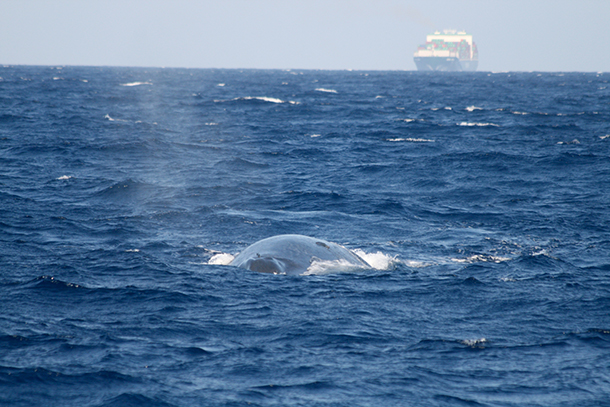 Unfortunately, the ships pass through an area which is also home to one of the world’s highest densities of blue whales. Big ships and the planet’s biggest whales don’t mix. Sri Lanka has one of the world’s worst ship strike problems, with several animals washing up dead every year and many more likely unreported. This is both a major welfare and a conservation concern.

Since we returned from the fieldwork in April, the team has mainly concentrated on analyzing the data and presenting this to the international community.

Based on the surveys over two years, we now estimate that the collision risk would be reduced by 95 percent if ships were to travel 15 miles further offshore.

There would also be substantial benefits to maritime safety, mainly for the small whale watching and coastal fishing boats but also for the large ships themselves.

Our results have just been accepted for publication in the journal Regional Studies in Marine Science. In our paper, titled Distribution patterns of blue whale (Balaenoptera musculus) and shipping off southern Sri Lanka we estimated that more than 1,000 interactions between blue whales and ships were likely to occur each year. (An interaction is defined as an incident where a collision would have occurred if neither ship nor whale had taken avoiding action.)

Moving the shipping lanes could reduce these interactions to around 50 (a reduction of 95 percent). Not all of these interactions result in a collision, but since 2010 the number of reported ship strikes off Sri Lanka is higher than for any other large whale population globally that we are aware of.

As well as publishing our own results we have also been working with other scientists through the Scientific Committee of the International Whaling Commission (IWC). The IWC is the global body responsible for the conservation of whales and has paid particular attention to the problem of ship strikes.

At the annual meeting of the IWC Scientific Committee in May, we were able to meet other scientists working on the issue and develop a plan to combine all the relevant information. It is critical that any proposals are based on the best science and that the scientific advice from all groups is clear and consistent. 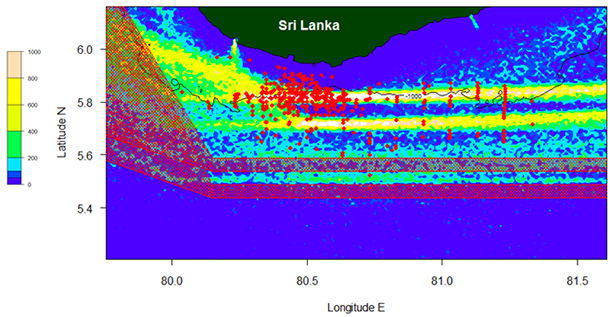 In the meantime, Raja has continued the survey work into the Southwest (SW) monsoon period. This is a difficult time to be at sea with frequent rain and strong onshore winds making for rough seas; so Raja has had to pick his days carefully.

Nevertheless, he did manage to get out on July 31st and saw 14 blue whales. These were all in the current shipping lanes. These surveys are particularly important because we know much less about what is going on during the SW monsoon than other times of the year. Encouragingly, all the surveys so far during this period have also shown that moving shipping offshore is an effective solution.

So far the shipping interests we have discussed this with have been very supportive. We have seen large ships trying to weave a course through groups of whale watching and fishing boats which must be extremely nerve-wracking for the officer on watch. Also, no mariner wants to hit a whale. A few minutes extra travel (a tiny fraction of a 10-day ocean passage) is a small price to avoid these situations. Routing measures implemented through the International Maritime Organization (IMO) are generally well respected by the industry. Measures to reduce environmental impacts from shipping are usually proposed by the country that is being affected and then implemented by IMO following consultations with other countries and the shipping industry. This is the process we hope will now happen.

We expect to have all the information gathered together by the end of 2015 so that everyone with an interest, including the international shipping community, Sri Lankan authorities and the IMO, can agree to take effective action.