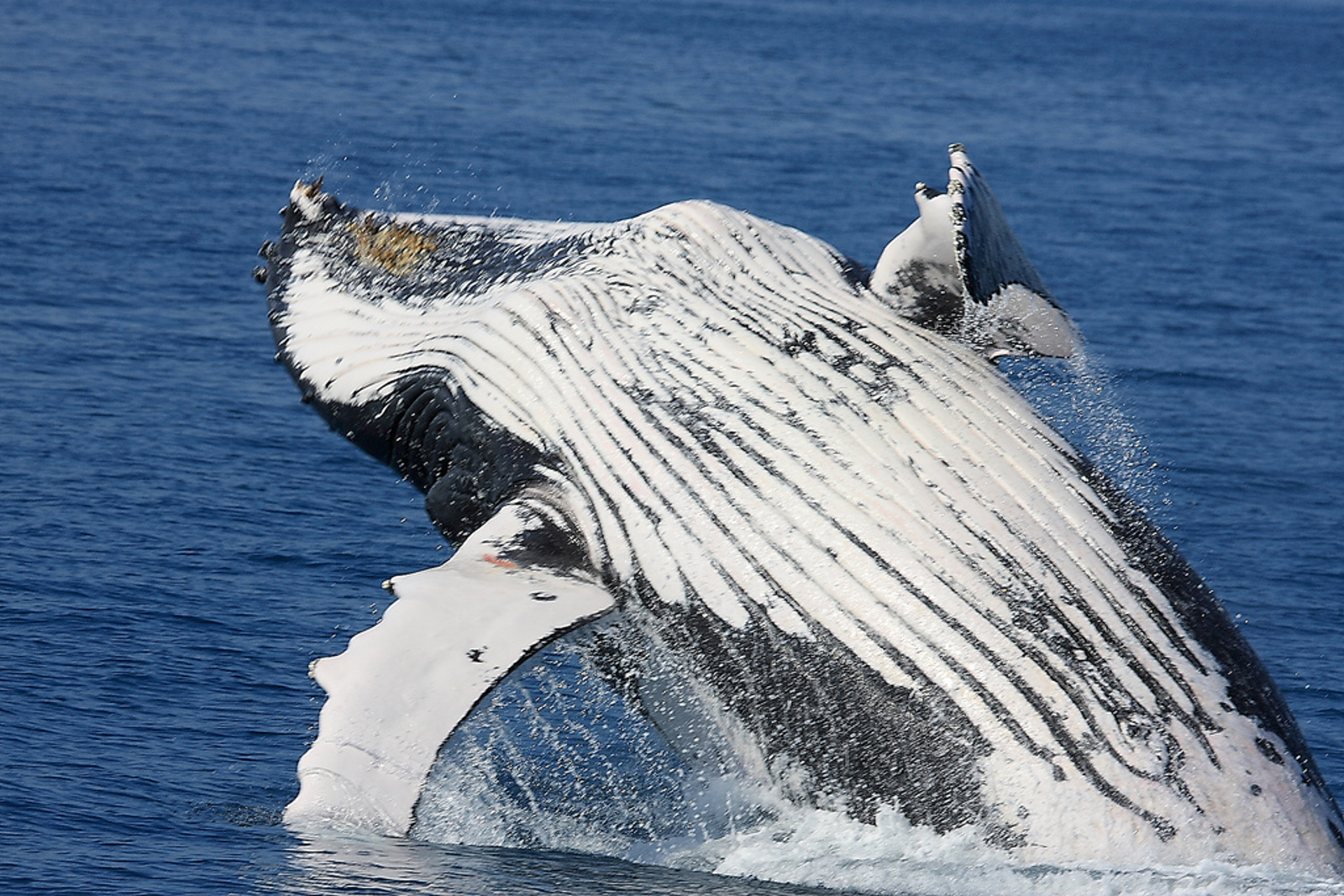 Did you know that since the 1986 ban on commercial whaling over 30,000 whales have been killed as a result of loopholes that allow some countries to continue hunting? According to the organization Whale and Dolphin Conservation (WDC), Japan, Norway and Iceland still kill 2000 whales between them each year and also continue to trade in whale products.

Ignoring the fact that whaling is inherently cruel and threatens the recovery of decimated whale populations, there is another impact being felt that which we are only just beginning to understand – whales change climate.

Ever heard of trophic cascades? Described as one of the most thrilling scientific discoveries of the past half century, they are an ecological process which starts at the top of the food chain and tumbles all the way down to the bottom. It goes without saying that the whale is a huge animal. But what is even more massive is its trophic cascade; the impact of which I can only describe as totally mind blowing.

The Epic Power of Whale Poo

We have seen the impact of wolves on rivers in the Yellowstone National Park and the impact elephants have on their natural environments. An amazing phenomenon which shows how everything is connected in the natural world and more so that upsetting these connections can have a far greater effect than we could have ever possibly imagined.

So what is it that whales contribute to the natural world? Well it all comes down to poo. Yes I said poo! Whale poo is like a superfood for plankton. The poo fertilises plankton on which krill and fish depend and so the more whales you have, the more plankton you have – and the more plankton you have the more fish you have. Where’s the proof? Contrary to the thought that reducing whale populations in the southern oceans would lead to increased populations of krill – the opposite happened.

Reducing the whales in the southern oceans meant less of that epic poo and therefore less for the krill to eat. The lesson learned is that whales in fact maintain the populations of their prey. The whale maintains the balance that we so brutally destroy.

So it is clear that more whales means more fish in the sea but the power of whale poo does not stop here. The plankton doesn’t just feed the animals of the sea; it also absorbs carbon dioxide from the atmosphere. It is thought that when whale populations were at their historical high, before being demolished by human persecution, they were responsible for removing tens of millions of tons of carbon from the atmosphere each year.

The whale is our submarine in the ocean with every poo like a torpedo in the fight against climate change. Killing them is not only removing one of the most beautiful and awesome creatures on the planet but is also in turn killing us. Everything is connected.

“The return of the great whales, if they are allowed to recover, could be seen as a benign form of geoengineering. It could undo some of the damage we have done both to the living systems of the sea and to the atmosphere” – George Monbiot

We are only beginning to understand the sheer wonder of trophic cascades but one thing is clear: The whale is more than just a creature of the ocean – they are vital to the very survival of the human race and we must do everything we can to protect them.

The impacts whales have on climate and the wonders of trophic cascades is explained beautifully in Sustainable Man’s new film “How Whales Change Climate.” Check it out:

Despite the large role that whales play in maintaining a healthy and balance Earth, many countries continue to carry out whaling expeditions. Some countries who participate in these hunts do so for “research,” others for whale meat and tradition. Whatever the reason, it is clear that these organized hunts need to end. You can help put an end to these hunt by taking part in WDC’s action.

You can also help protect the whale species by making changes in your personal consumption habits to benefit the ocean. The easiest way to half your carbon footprint is to leave meat off your plate. If you haven’t already, removing fish from your diet can help keep 225 fish in the ocean every year. Avoid using disposable plastic products whenever possible. There is over 270,000 tons of plastic waste floating in our oceans currently, so you can help keep this number from rising by using reusable alternatives.

If we protect whales, they’ll help to protect us – so let’s get to it.