Endangered Right Whales Return to the East Coast! Here’s How We Plan to Keep Them Safe 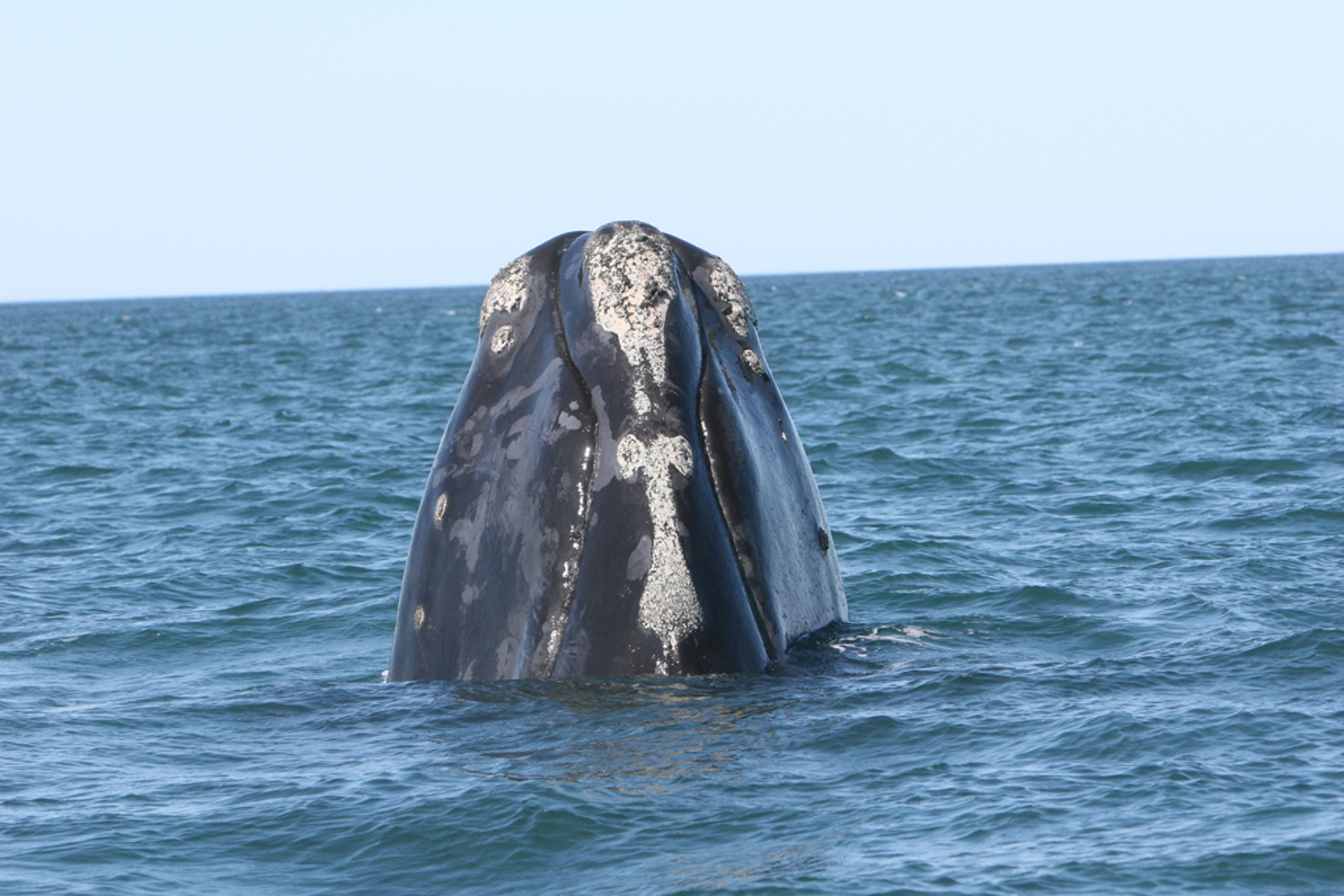 Over the past two weeks, more than 70 of the 500 remaining North Atlantic right whales have been within meters of the shores of Plymouth, Massachusetts, home to Whale and Dolphin Conservations’s North American office. This unique opportunity for residents and visitors to see one of the world’s most endangered whales is cause for both celebration and concern.

The Return of the Right Whale

North Atlantic right whales come into Cape Cod Bay each winter to feed on tiny zooplankton and typically move out of the Bay each spring for greener (or in this case, reddish-browner) pastures of plankton further offshore. High concentrations of copepods (the preferred prey of right whales) have brought the whales near to shore where beach-goers have been able to closely see whales that recreational boats and other vessels may not approach within 500 yards. A federal regulation requires all vessels to actively maintain a 500-yard distance from right whales to reduce the risk of striking or disturbing these whales. That includes paddleboards, kayaks, ships and everything in between. The only exceptions are for federally permitted research vessels or fishing vessels hauling gear (which also must depart once they have finished hauling).

This opportunity to view the whales from land, or even just hearing about them in the media, is often a springboard for people to want to learn more about these fascinating creatures. At the WDC-NA office, our phones have been ringing quite a bit more frequently from people wanting to know where they might go to catch a glimpse of a right whale. 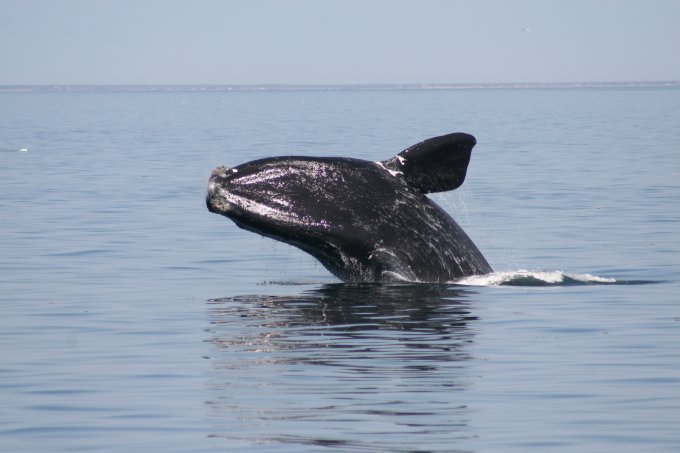 A Lurking Danger for Whales

And while it is very exciting to see right whales in Cape Cod Bay, their lingering presence into May is also concerning. Once hunted to near extinction, the biggest threats these whales now face are from vessel strikes and entanglements in fishing gear. It is important to note that neither vessel operators nor fishermen intentionally harm these whales. These unintentional interactions are incidental to normal operations, but exist like a Hunger Games ™ lottery of sorts; the chance of any single vessel or any specific piece of fishing gear injuring/killing a whale is low, but the overall chances of a whale being struck or entangled is high.

It is because of this assumed seasonal predictability of right whales in Cape Cod Bay that WDC worked to get a 10 knot speed rule implemented from January 1st- May 15th to reduce the risk of a right whale being struck by a passing vessel. It is also because of the assumed seasonality of right whales in the Bay that the National Marine Fisheries Service implemented a seasonal closure to lobster gear in Cape Cod Bay from February 1st through April 30th  in order to reduce the risk of a whale becoming entangled.

However, the continued presence of the whales here in May means they now share these waters with hundreds of miles of fishing line and eager recreational boaters who are finally able to launch their boats after a very long and snowy winter. While the vessel speed restriction remains in effect until May 15th, the speed rule only applies to vessels over 20 meters (65 feet), which does not include most recreational boats. Striking a whale at speed in a small vessel not only risks injuring the whale, but poses a significant risk to the vessel and its passengers.

So what happens when whales don’t get the memo about the timing about the protective measures?

Sadly, the answer to this is not simple. WDC worked with its conservation partners, state and federal agencies, and industry groups for over 10 years to get both the speed rule and the latest iteration of the entanglement take-reduction plan implemented. Thousands of hours of data analysis, document reviews, meetings, and litigation created these rules which were based on more than 30 years of distributional data, none of which predicted 70+ whales on the shores of Plymouth in May. Additional rule making will require a better understand of whether the events of the past couple weeks are an anomaly or a sign of things to come.

As a result of the recent sightings, WDC has reached out to the National Marine Fisheries Service and the Massachusetts Department of Marine Fisheries to request a strong enforcement and monitoring presence while the whales remain in the area. We have instituted a shore watch program to check area beaches for whale sightings, and are providing local outreach to increase awareness of their presence and the regulations that exist to protect them.

The work we have done to protect this species from extinction is only possible because of our supporters, but our work is far from over. North Atlantic right whales have recently shown a slow but positive increase in their population and WDC knows that the changes we are seeing now in right whale distribution will require years of work to enhance the existing protections. We are not giving up and we hope our supporters don’t either —right whales are depending on it!