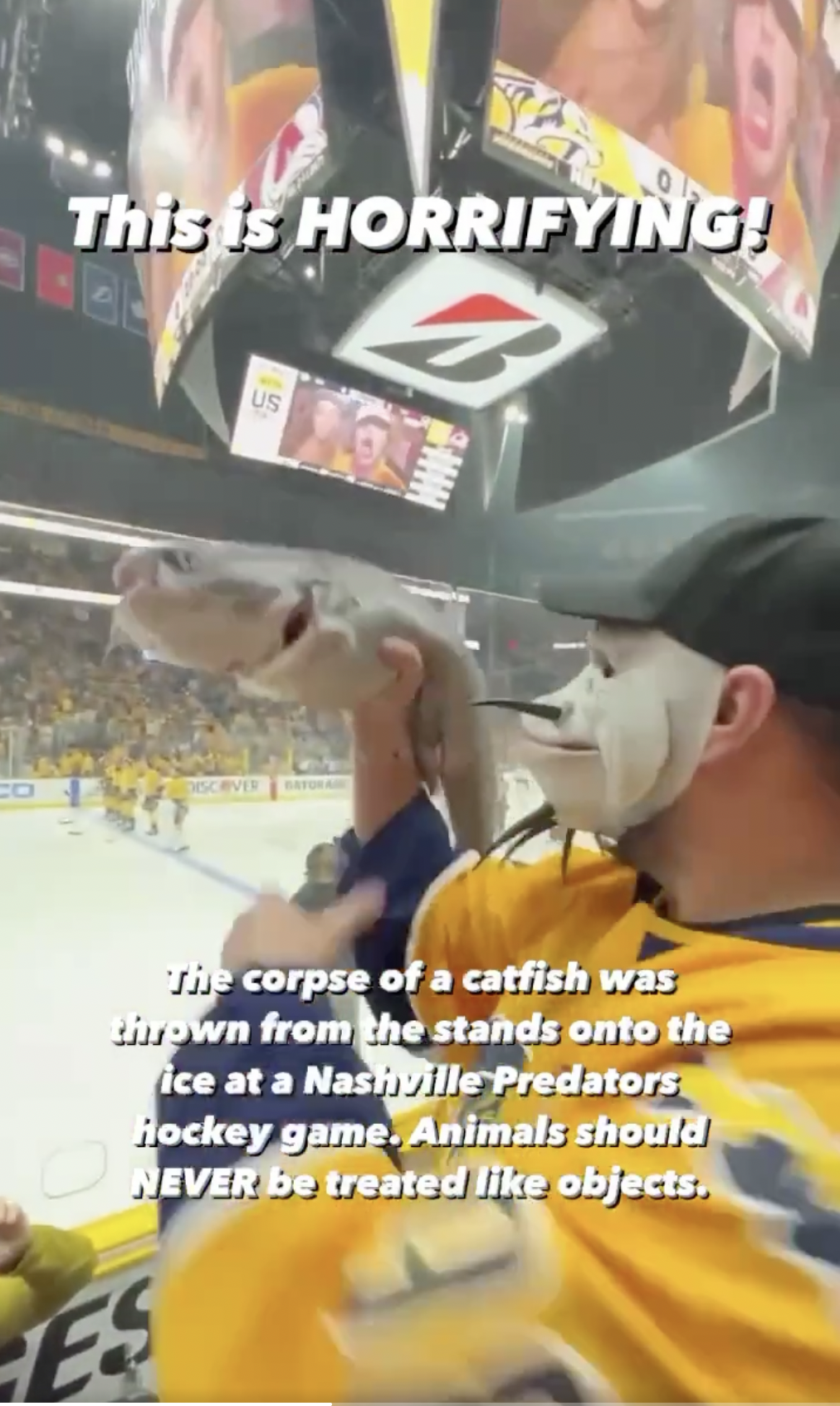 The People for Ethical Treatment of Animals (PETA) shared a horrifying video of fans at a Nashville Predators game throwing a dead catfish onto the ice.

“Disrespectful, frivolous, and disturbing are the only words that can describe this scene. Catfish are feeling, thinking individuals—not objects to be tossed around like props. These speciesist spectacles MUST end!”

Throwing catfish on the ice has been a tradition for the Nashville Tennessee Predators NHL team that PETA has been working to end for years. In 2019, the organization handed out squeezable, green foam fish to fans that had the words “respect animals” on the side.

“Catfish are unique individuals who feel pain and fear, value their own lives, and deserve our respect,” PETA executive vice president Tracy Reiman said in a statement. “It’s no more acceptable to throw catfish corpses onto the ice than it would be to throw cat corpses, and PETA hopes these squeezies will help keep the game fun for fans and fish alike.”

In 2017, a man who threw a dead catfish onto the ice at a Pittsburgh Penguins game had charges filed against him to which  Reiman said,

“Whether catfish or cat, it’s never acceptable to toss any sensitive, intelligent animal’s body onto the ice during a hockey game. PETA appreciates PPG Paints Arena’s swift action to eject the fan and have him charged with several crimes, which will remind all sports fans that this offensive behavior will not be tolerated. We trust that all NHL arenas will follow suit.”

However, now in 2022, it’s clear that NHL arenas are still allowing this cruel “tradition” to happen without consequence. Catfish are sentient creatures and do not deserve to be treated as objects. This should be considered animal cruelty and those responsible need to be charged.

Sign this petition to end catfish throwing at hockey games!