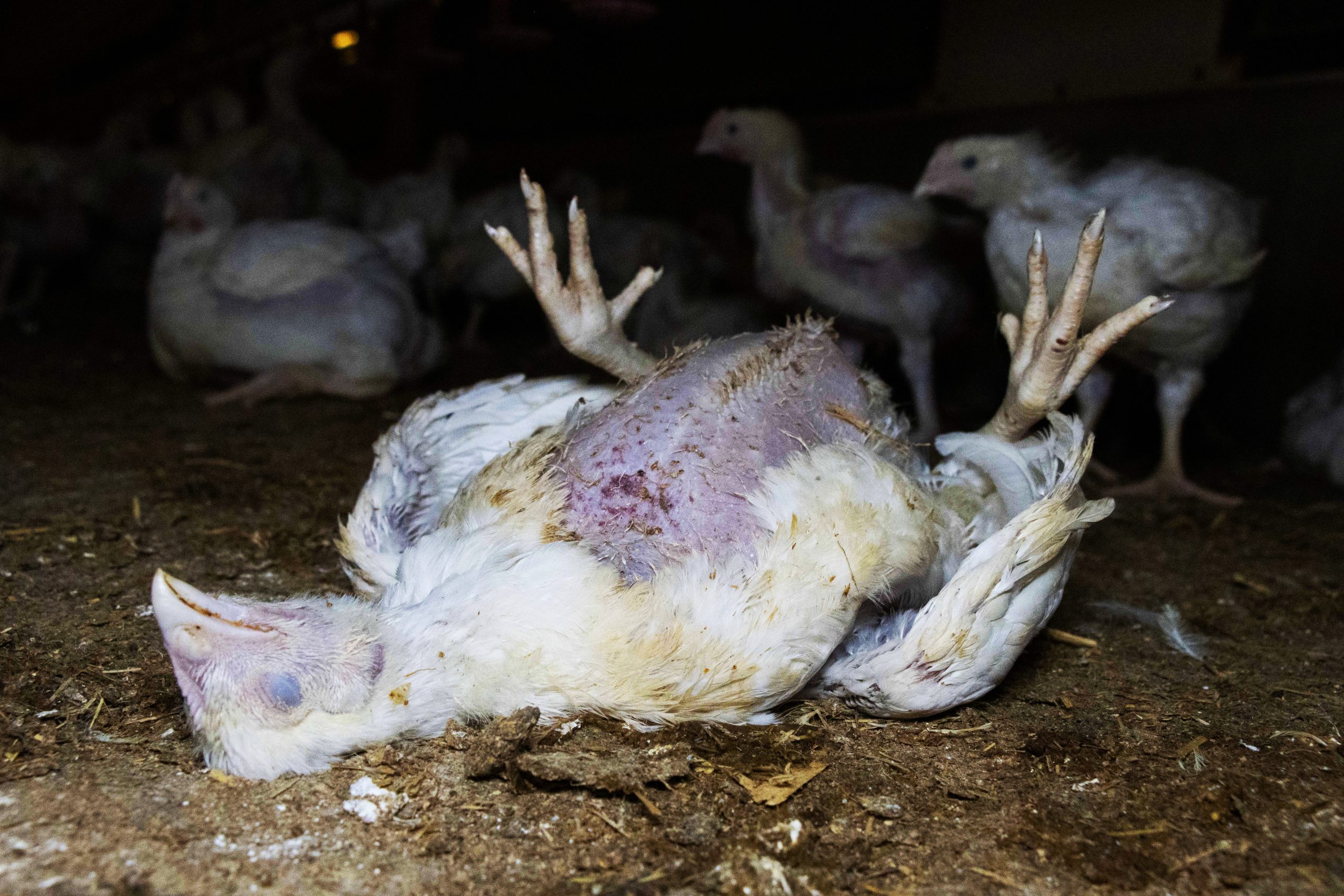 An Open Cages investigation has revealed horrific cruelty and living environments for chickens on the Red Tractor-approved farms linked to big retailers, Morrisons and Booths Supermarkets.

The footage from the investigation revealed hundreds of chickens left to suffer and rot away. Massive amounts of dead chicks were left to decompose on the shed floor as other chickens ate at their rotting bodies.

Given the title of FrankenChickens, these chickens grow at an unnatural rate to satisfy the high demand for chicken. This unnatural growth makes them big enough to be slaughtered at just 35 days old.

During those 35 days of life, these chickens live in horrific conditions and are surrounded by dead or dying birds. Many chickens are left to slowly die, resulting in “significant and prolonged suffering,” according to veterinarian Andrew Knight.

Many of the chickens suffered lameness and deformities due to unnaturally rapid growth. They also had burns and sores from having to lay in their own filth.

This is the second Open Cages investigation into the farms that Morrisons sources their chicken from. Despite the cruelty and public disapproval, they continue to sell these extremely abused chickens under their welfare-assured ‘Safeway’ label, according to Open Cages.

Open Cages CEO Connor Jackson explained in an emailed release, “Retail giants like Morrisons will slap on a ‘welfare assured’ label, produce a teary eyed TV ad and say they care deeply whilst dozens of investigations reveal shocking, systematic animal cruelty happening behind closed doors.” Jackson continued, “Once again, our footage shows that a FrankenChicken is doomed to suffer. This is why hundreds of companies like M&S, Waitrose, KFC and retailers all over Europe have pledged to stop selling them. Morrisons, on the other hand, seems committed to cruelty and outdated practices.”