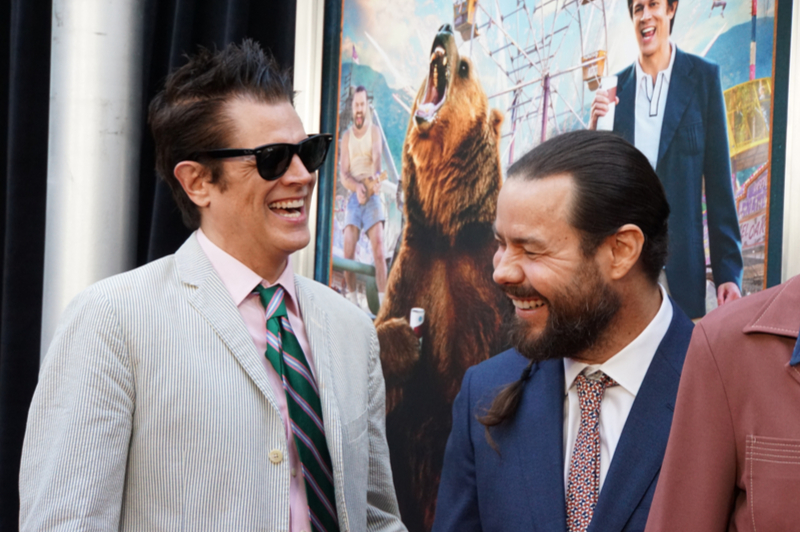 PETA has asked prosecutors to investigate several incidents involving animals that took place on the set of “Jackass Forever.” The film, which was released last week, includes several scenes in which animals are either hit, or coerced into attacking the participants.

”Instead of cutting scenes that involved goading a bull into charging, provoking a sensitive snake to the point of attack, and forcing an easily frightened tarantula into an enclosed tube between the heads of two people who were yelling, Paramount Pictures added even more animal-exploiting “stunts” into the film’s final cut,” PETA said on their website.

Besides the aforementioned incidents, other scenes include a scorpion being hit again and again, and Johnny Knoxville and Steve-O provoking bees into stinging Steve-O. This is made even more disappointing considering Steve-O has been a vegan and an animal rights activist in the past.

Last year, PETA asked producers to remove some scenes involving animals after viewing a trailer of the film, and then asked a district attorney and a city attorney in Los Angeles “to investigate and take appropriate legal action against those involved in filming scenes apparently involving cruelty to animals in the movie Jackass Forever.”

Now, they’ve sent letters to Los Angeles City and San Luis Obispo County prosecutors, asking for a criminal investigation, as some of the stunts may violate California animal cruelty law. They’ve also called on moviegoers to boycott the film.

“Jackass stunts are violent and vulgar, but if the talent is willing and the wounds are self-inflicted, that’s one thing—however, it’s quite another when animals are exploited, harassed, and harmed: That’s cruelty,” said Ingrid Newkirk, PETA’s President.

So far, the movie has been successful, taking the top spot at the box office over the weekend. Let’s hope that changes soon as more people learn about what happens to the animals in it.