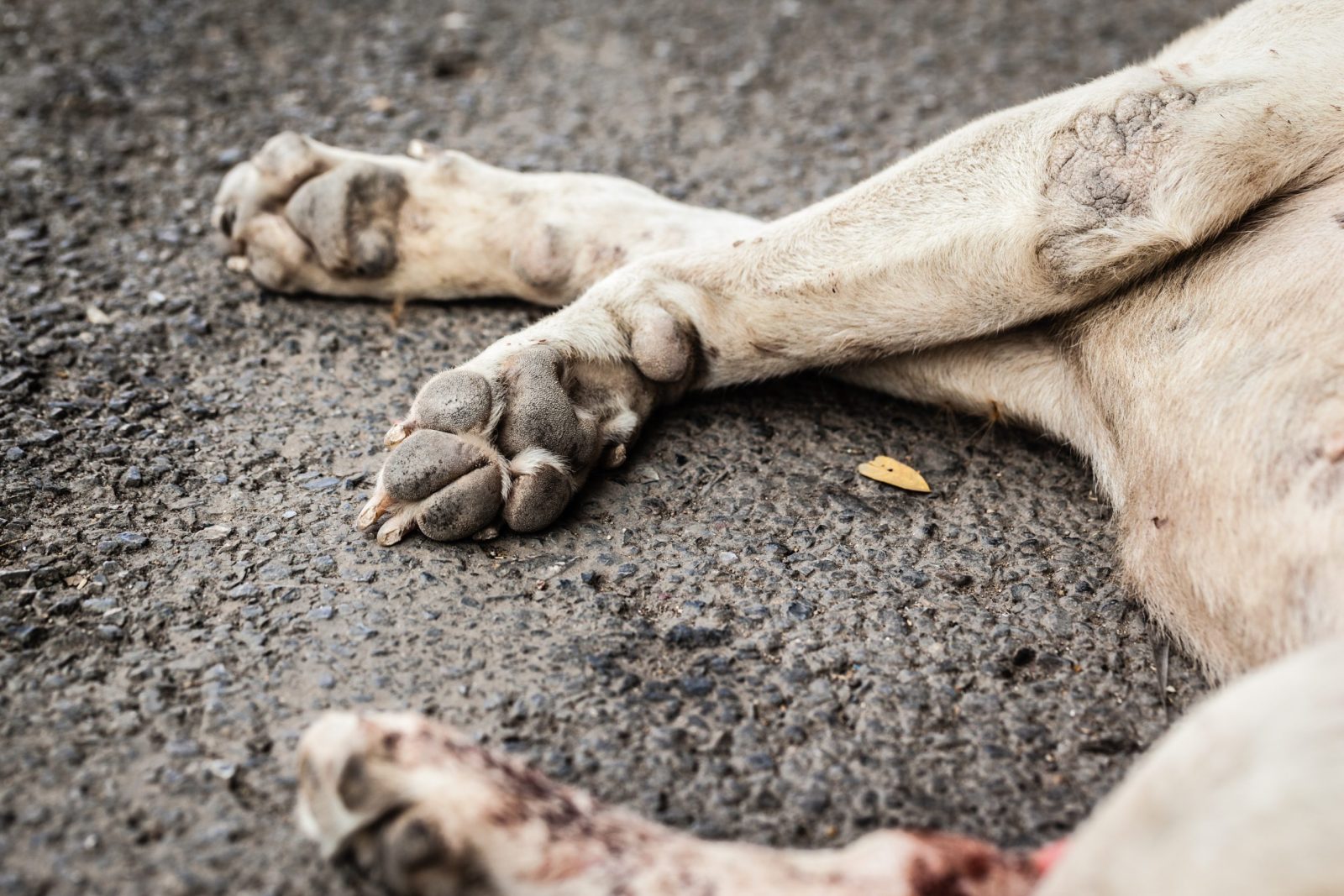 A couple in the UK is in jail for starving their dog nearly to death in a case that animal cruelty officers said was one of the worst cases they’ve seen.

In 2019, Kelly Patterson and Reece Milburn called the Northumberland County Council and falsely reported that they found a three-year-old Lurcher pup on the side of the road. After some investigation, it turned out the dog, Tiggy, was theirs.

The animal welfare officer who went to their home in Blyth, Northumberland, reportedly was so disgusted at the animal’s condition he said it was the “worst case he’d seen during his 15 years in the job”.

Photos of Tiggy show her unnaturally skinny, with her ribs bulging out and barely having any fur. The poor puppy was severely dehydrated, starving, had harsh skin irritation and mite infestation. Tiggy was so weak she was unable even to stand up.

The Northumberland County Council began an investigation to find Tiggy’s owners after she was found days before Christmas in 2019. The heartbreaking images of the poor weak pup went viral, and the council got an influx of emails about the owners, who, of course, were Patterson and Milburn.

Finally, last week, the couple appeared in court and confessed to causing unnecessary harm and suffering to their animal. They also pleaded guilty to not ensuring the welfare of their other dog, Enzo, a Staffordshire bull terrier. The pup also had a skin condition and mite infestation. The two were sentenced to 12 weeks in jail, banned from owning or keeping animals ever again, and each ordered to pay £120.

A council spokesperson said it was “one of the most shocking and high-profile cases of animal cruelty the county has ever seen.” He continued, “We were absolutely determined that Tiggy’s former owners would have had their day in court, and although it has taken two years, today we got the result we were after.”

Tiggy is now safe and rehoused. She can be seen in pictures fully recovered with a beautiful white fluffy coat and a smiling face. She has new dog companions and even got a new name for her new life. Enzo is being cared for in a kennel and is still looking for his forever home.

Anyone that harms an animal should not be allowed to own a pet. It’s fantastic that the couple won’t ever own a pet anymore, but unfortunately, these aren’t the laws everywhere. According to PetPedia, every 60 seconds, an animal suffers from abuse, with more than 65% being dogs. More than 10 million animals die from abuse every year in the US alone, not including the livestock bred for consumption, who also suffer immense abuse.

Animal abuse is a serious issue, and we need more laws to protect them and hold abusers accountable. Sign this petition to urge Utah legislators to pass this new bill and allow people who get legal orders of protection to extend those to their pets as well!