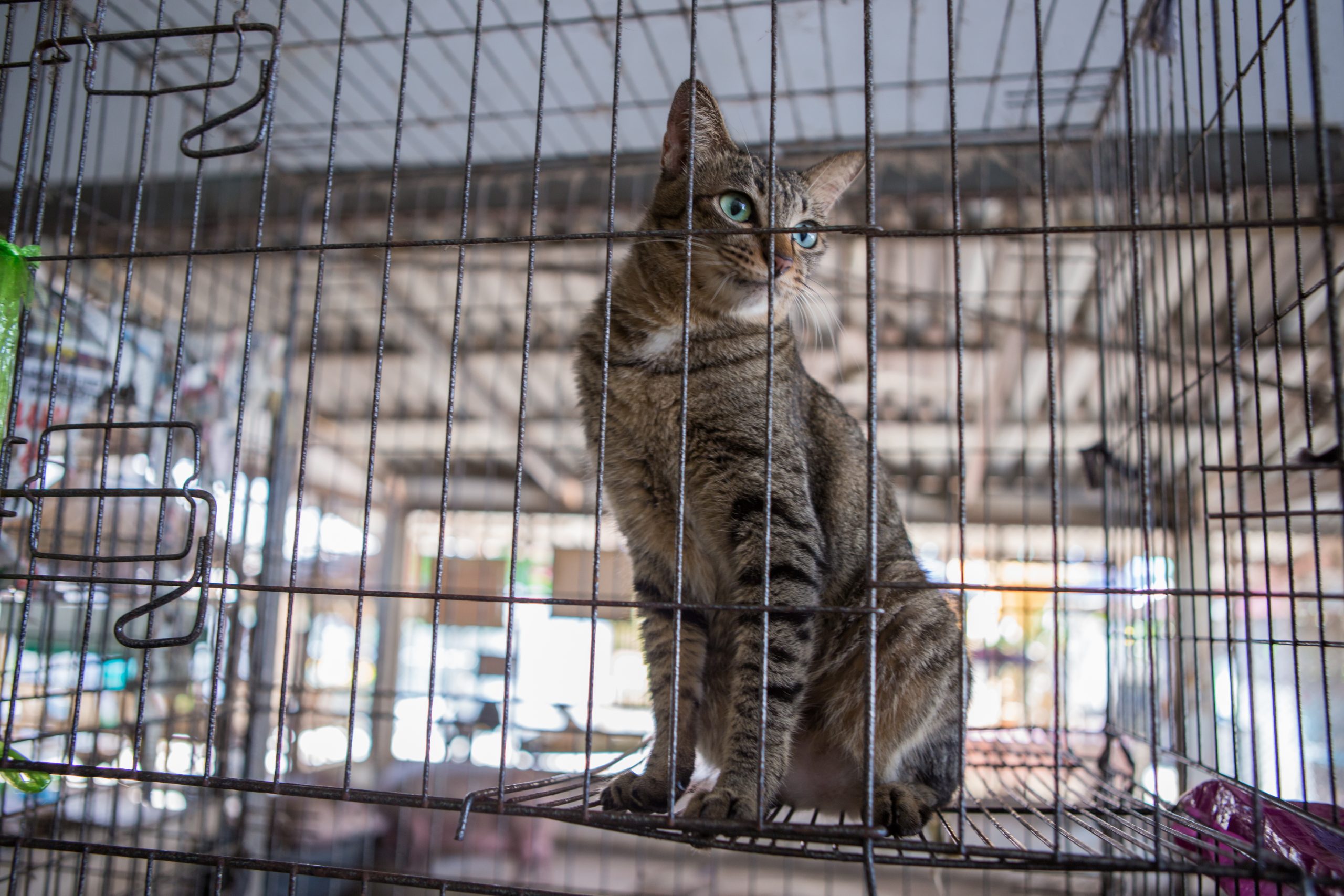 The groups estimate that one million cats are trafficked and killed in Vietnam each year for food. The dish is known as “Little Tiger.” Cat meat used to be illegal in the country but that law was revoked in January 2020.

The cat meat trade is run through a complex network of restaurants, wholesalers, traffickers, and slaughterhouses. “At the wholesalers we discovered many cats with collars – a clear sign that they were pets. During our research we also met many pet owners who were desperately looking for their stolen cats. The authorities usually turn a blind eye to this because they are often involved in the cat meat trade, either profiting from bribes or are consumers themselves,” says Dr. Katherine Polak, veterinarian and Head of FOUR PAWS Stray Animal Care in Southeast Asia.

Cats are distributed through wholesalers and slaughterhouses. “In holding areas, the wholesalers keep the cats crammed into small cages for several days until they have collected enough animals to cover the costs of transport. Over hundreds of kilometres the cats are transported without water, food and sufficient ventilation to the slaughterhouses scattered throughout Vietnam. Some wholesalers even use luggage compartments on regular passenger buses for the trafficking,” says Lola Webber, Co-Founder and Programs Director of Change For Animals Foundation.

See more in this video, below:

Read more about the harmful cat and dog meat trade in One Green Planet, check out these articles: Hundreds of Cats Rescued From Cat Meat Trade in China and Dog and Cat Meal Sales Increase After Doctors in Southeast Asia Falsely Claim It Can Ward Off Coronavirus. According to In Defense of Animals, an estimated 2.5 million dogs are raised and killed each year for meat in South Korea. Read more about the dog meat trade in South Korea including the closing of a notorious market, dogs rescued from South Korea, how these rescue dogs found families in California, and an investigation inside the dog meat trade.

Sign this petition to end the cat meat trade in Vietnam!

This is a good time to reconsider our intake of animal products to stay healthy. Eating more plant-based foods is known to help with chronic inflammation, heart health, mental wellbeing, fitness goals, nutritional needs, allergies, gut health, and more! Dairy consumption also has been linked to many health problems, including acne, hormonal imbalance, cancer, prostate cancer and has many side effects.