Petition: Put an End to the Illegal Dog Meat Trade in the Philippines 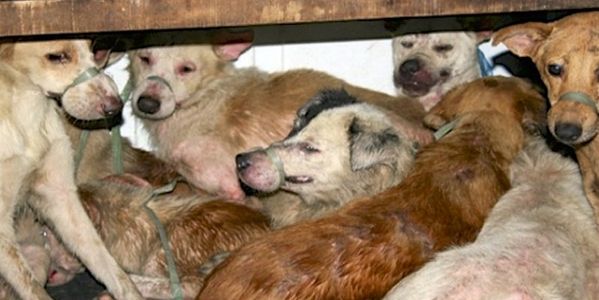 The Yulin Dog Meat Festival is a wildly known occasion that takes place in China every year and receives much criticism from people around the world. Dogs are stolen, starved, and slaughtered to be eaten by festival attendees. Although the festival has been going down in size, it is still going on today. Furthermore, this is not the only time or place where dog meat is consumed.

Dog meat is still very popular in countries like South Korea and the Philippines. The dog meat trade was banned in the Philippines in 1998, however, it has not been widely enforced until recently. Even so, the illegal trade is still prominent and the ban also includes an exemption that allows the consumption of dog meat for religious rituals. It is estimated that around half a million dogs are slaughtered for food every year in the Philippines.

Dogs that are slaughtered for consumption suffer terrible conditions and are often stolen from people’s homes or off the streets. The trade is not only completely inhumane, but it also threatens the transmission of rabies, cholera, trichinellosis, and other diseases. Rabies alone kills around 10,000 dogs and 300 people every year.

Sign this petition to request that the president of the Philippines enforce the existing laws against animal cruelty, stop the allowance of “ritual” dog slaughter, fund trap, neuter, and release programs for strays, and ensure that all dogs and cats are vaccinated against rabies.