Before the mid-1940s a tooth abscess might have killed, scarlet fever was often lethal and gangrene claimed limbs as a matter of course. If three people caught pneumonia, it was likely that only two — or even one — would survive …

Then the ‘wonder drug’ penicillin came along, and suddenly the future looked entirely different. Developing antibiotics to treat bacterial infections was one of the most significant medical leaps ever taken by humanity — saving countless millions of lives.

Over time, various strains of bacteria became resistant to penicillin and many of its close relatives — but new and more powerful antibiotics were developed. This cycle continued, with medicine so far managing to stay a step ahead, although no new major types of antibiotic have been discovered in the last 30 years …

‘Superbugs’ are bacteria that have become resistant to more than one antibiotic, making them more difficult to treat effectively.

In a major 2014 report into antimicrobial resistance, WHO warns that superbug strains of bacteria that can lead to serious illness including tuberculosis, meningitis, salmonella and staphylococcus aureus (‘golden staph’) have already emerged around the world.

With some 25,000 people a year already dying from infections resistant to antibiotic drugs in Europe alone, this is not some distant threat but something happening right now.

In some cases, antibacterial resistance has developed to the point that so-called ‘last resort’ antibiotics must be used to treat infections — potentially driving even further resistance and the possibility of losing access to effective antibiotics altogether.

A post-antibiotic era — in which common infections and minor injuries can kill — far from being an apocalyptic fantasy, is instead a very real possibility for the 21st Century.

Over-prescription and misuse of antibiotics in human medicine is contributing significantly to this problem.

But antibiotics aren’t just given to humans.

Down on the Farm

Globally, a large proportion of all antibiotics produced is given to farmed animals — to treat illnesses; as a preventive measure, especially when high numbers of animals are kept in close confinement; and to make them grow faster and bigger.

WHO says this increases the risk of resistant bacteria developing in animals and crossing over to cause infections in people.

While it’s difficult to directly compare the quantity of antibiotic drugs given to farmed animals with that used in human medicine — because of differences in population, usage and dosages — there’s evidence that a greater volume is used in animal agriculture. 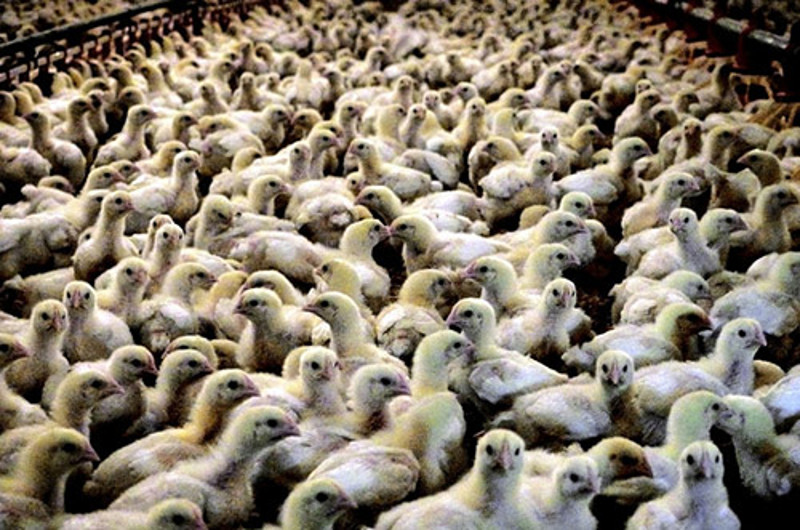 Using antibiotics as growth promoters has been banned in the EU since 2006 but is still standard in the US, Australia and elsewhere in the world.

Most concerning is when animals raised for food are treated with drugs considered ‘critically important’ to human health, like later-generation cephalosporins and fluoroquinolones.

Worryingly, many of these drugs are regularly used in animal agriculture internationally. For example, industrial fish farms in Chile reportedly use large amounts of fluoroquinolones; and, around the world, billions of chickens receive third-generation cephalosporins to treat infections as day-old chicks or even before hatching from their eggs, resulting in “large reservoirs of resistant bacteria.”

There is widespread use of antibiotics in the pig industry to deal with the respiratory and gastrointestinal disease problems …[In cattle and sheep] there is significant antimicrobial use particularly in the more intensive practices of feed-lotting (e.g. to control respiratory diseases and problems with feeding grain/high energy feeds) and dairy farming (particularly for mastitis control).

While animals raised for food in Australia are dosed with a broad range of antimicrobials for therapeutic, preventive and growth promoting purposes, we’re at least in a relatively strong position when it comes to some of the antibiotics considered ‘critically important’ to human health.

Responsibility for registering antimicrobial drugs for use in animal agriculture in Australia lies with the Australian Pesticides and Veterinary Medicines Authority (APVMA), which, for instance, hasn’t approved fluoroquinolones for use in farmed animals. And the Australian Veterinary Association (AVA) has also taken steps to address the issue of antimicrobial resistance, including developing guidelines for prescribing and authorising the use of antibiotics.

One recent study found no resistance to fluoroquinolones or third-generation cephalosporins in bacteria samples from New South Wales farmed animals, while a larger scale survey completed in 2014 discovered ‘very low’ levels of resistance to these critically important drugs in Australia — and none to another class of ‘last resort’ antibiotics called carbapenems.

But even in Australia, a third-generation cephalosporin called ceftiofur is sold for use in cattle and sheep— and a 2009 study reported that it had been administered to Australian pigs.

According to Emeritus Professor Mary Barton of the University of South Australia, while the situation is better in Australia than many other parts of the world, we need to do more before the problem gets out of hand. Highlighting the pressing nature of the issue, earlier this year methicillin-resistant staphylococcus aureus (MRSA) was detected for the first time in Australian pigs. 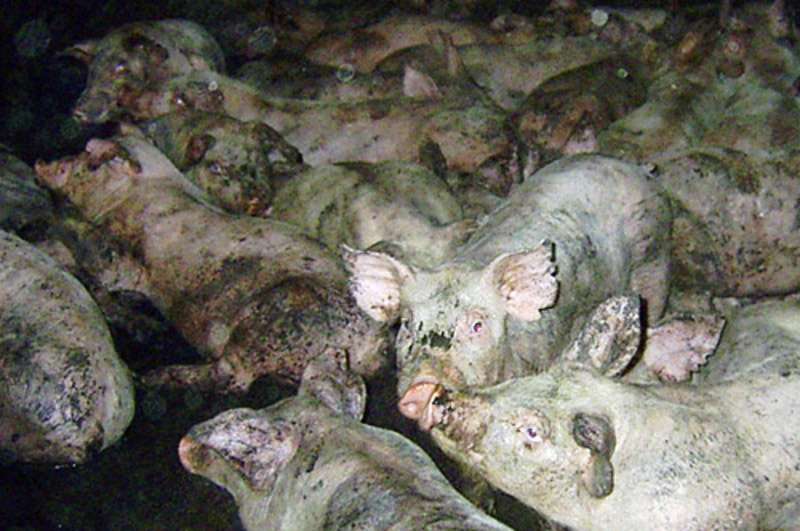 Falling Through the Cracks?

The Australia Institute says that a frustrating lack of coordinated regulatory action means Australia is still behind the eight ball on managing this serious threat.

Disturbingly, there’s still no national system to monitor how many antibiotics are given to farmed animals in Australia.

As far back as 1999, the Australian government established the Joint Expert Advisory Committee on Antibiotic Resistance (JETACAR), which provided a whole suite of recommended actions to fight antimicrobial resistance. But the momentum generated by JETACAR seemed to fizzle out — and various committees and working groups initiated in the 15 years since have failed to lead to significant lasting change.

Figures collected by the APVMA are limited to total weights sold, and only reported on a voluntary basis by pharmaceutical companies, severely limiting the scope of monitoring efforts.

Time to Move– and Time to Think

If we fail to act, we are looking at an almost unthinkable scenario where antibiotics no longer work and we are cast back into the dark ages of medicine where treatable infections and injuries will kill once again.

We don’t need a repeat of the dark ages. It’s time for our government authorities and industries to work together in a strategic way to deal with antimicrobial resistance — and to look beyond Australia’s borders in doing so.

Regardless of precautions taken in our own country, experts have warned that in this age of frequent international travel and universal food supply chains, the global risk of antimicrobial resistance is Australia’s risk, too.

Genuinely rethinking how our society views and treats animals is fundamental to this. When the way we farm animals — as though they’re cogs in a factory with no value beyond what their bodies can produce — means they have to be so heavily medicated, something is seriously wrong.

How You can Help

While the threat of superbugs is a complex problem, one thing that’s clear is that the push to increase growth rates and productivity in modern animal farming is only making the threat more serious. You can help to reverse this trend by pledging not to support factory farming, or choosing more meat-free meals.