Activists Protest at Airport Against Flying Beagles for Animal Experiments 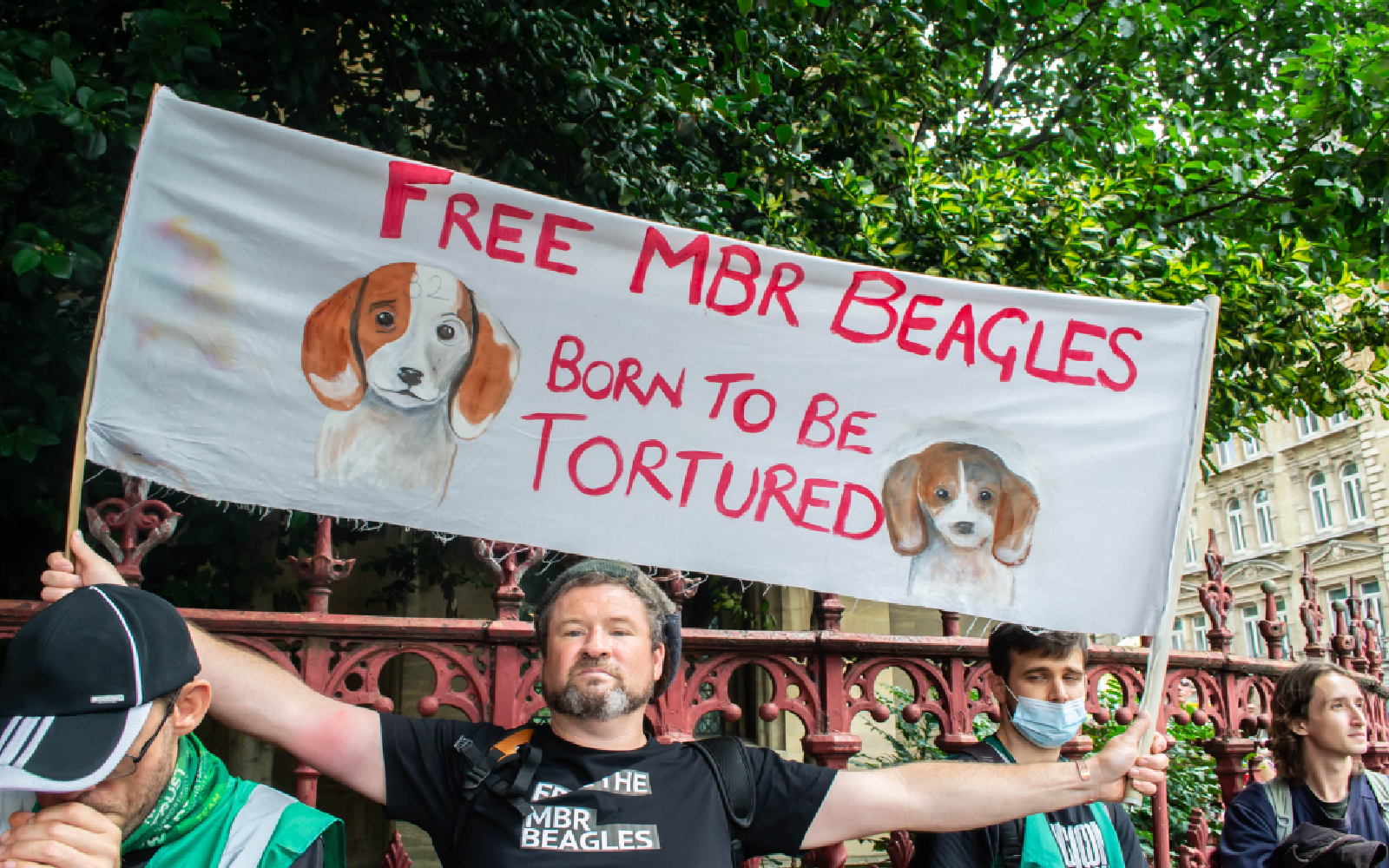 Animal rights activists recently hosted a protest at the Humberside Airport over beagles exported from the airport for laboratory testing.

The protest was held by the Hull Animal Rights Team, as part of the “Free The MBR Beagles” movement. MBR, or Marshall Bioresources, is a large beagle-breeding company that supplies dogs to research labs to use in experiments and testing.

The dogs are subjected to short, cruel, pain-filled lives, despite several non-animal alternatives available for research purposes in place of animal testing.

In an effort to stop the facility from breeding and killing so many dogs, activists established Free The MBR Beagles and discovered they were flying dogs out of the Humberside Airport using Bin Air. The dogs were shipped to a research facility in Ireland, where they likely met untimely and painful deaths.

According to BBC News, a spokesperson for the protest said, “As a nation of animal lovers, we cannot continue to let this happen.”

MBR claims its “dedicated to maintaining high standards of animal welfare,” but that contradicts the reality the dogs face when subjected to testing.

BBC News reports that Robert Gordon, another spokesperson for the protest, said: “Thousands of Beagle puppies are bred at MBR Acres each year to be used in painful animal testing. Their short lives will be filled with unimaginable suffering.”

At this point in time, animal testing is unacceptable and we should demand a change.

Sign this petition to stop the beagle-breeding facility in Yorkshire now.