The Inside Scoop: A Day in the Life Working at Animal Place Farm Sanctuary 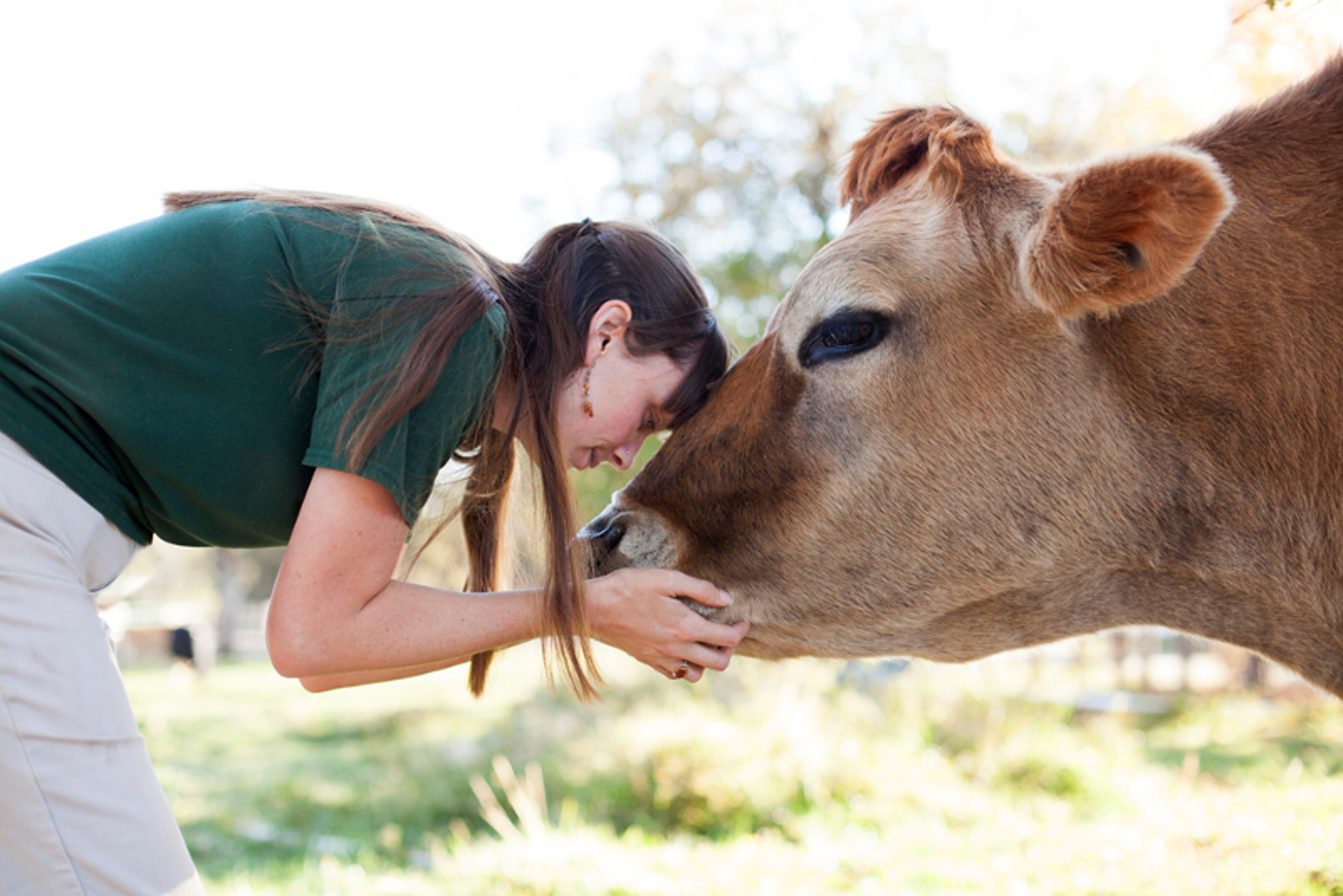 Farm animal sanctuaries are among some of the most unique establishments one can come across these days. Most people never get the chance to see a cow, goat, or pig outside of their rather sad life on a farm where they will be raised for slaughter. The animals you see on one such farm are stressed, over-crowded, sick, and dirty. Unable to express their own animal-ness, farm animals are regarded as “somethings,” stripped of the respect and care allowed to a “someone.”

While this picture of farm animals is one that is seen far too often, it is not the ONLY picture out there. In fact, if you look past the many, many fields of animals forced to live in concentrated feeding facilities, you just might find a wonderful haven where some of these animals are plucked from a life of misery and placed in a sanctuary where they can have the life they deserve. This place is Animal Place farm animal sanctuary in Grass Valley, Calif.

When Marji Beach first came across an advertisement for volunteers at Animal Place, she was studying Animal Science at UC Davis.

Beach tells OGP, “Studying animal science meant studying the ways to exploit farmed animals and, as an ethical vegan it was difficult. Once I started volunteering [at Animal Place], I showed up so much I think they felt compelled to offer me an animal caregiver position. I eventually moved over to education and now oversee our education, outreach, and adoption efforts.”

Taking her passion for animals into her new position at Animal Place, Beach has never looked back. The life of a farm animal caregiver is not exactly a walk in the park.

Beach divulges, “days start early and end late especially in the summer; right now, they’re up at 5:30 am and close barns until 8:30/9:00 pm. The animals don’t sleep in late, so caregivers can’t either!”

But when your job involves giving farm animals the happy life they deserve, the rewards far outweigh the early mornings.

Animal Place is the home to some 300 animals. The sanctuary also operates an adoption center called the “Rescue Ranch” that currently houses 202 animals, but since its opening in 2010, the ranch has seen over 13,500 chickens, turkeys, goats, sheep, pigs, burros, and cows. 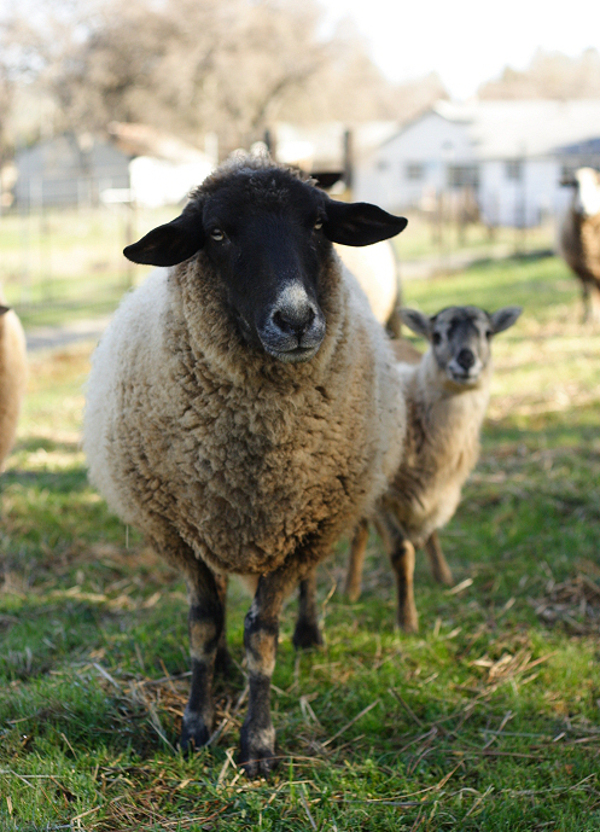 “No sanctuary can rescue 4,000 animals in a year and provide permanent safe haven. Rescue Ranch is about saving as many lives as possible and we’re proud of the success it’s seen these past four years,” says Beach.

Most of the animals at Animal Place are former victims of animal farming.

Beach recalls a particularly memorable experience she had with Sadie, one of the cows that was rescued by Animal Place. Sadie was a Holstein who spent most of her life as a dairy cow. Sadie’s story is one that is all to common, a female cow bred continuously for milk production only to have her babies taken away at birth.

Humans had caused Sadie incredibly suffering throughout her life. Beach tells OGP, “When she arrived at Animal Place, she trusted no one.” But with time, as well as, “persistence, apples, patience, and respect I developed a bond with Sadie that would last nine years. The precious moments I shared scratching her face and scratching her chin are etched in my brain – only trusting cows allow you access to their neck, chin, and face. Sadie rarely offered that gift to anyone.” 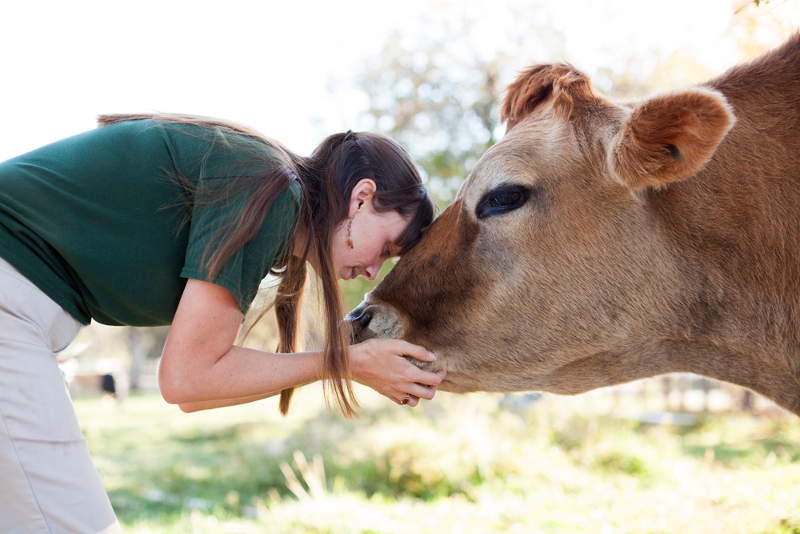 To all the employees and volunteers at Animal Place, farm animals are not somethings, but most distinctly someones. Beach states, “Piglets play like puppies. Chickens squabble like siblings. Cows form deep friendships like those between you and your best companion animal friend. Goats enjoy climbing trees like cats. Sheep will remember your face, like a dog. They are not so different from us, these animals. We call them friends and want desperately for other humans to stop calling them ‘food.'”

Watching the visitors at the sanctuary make these same connections is one of the most rewarding parts of Marji Beach’s job. 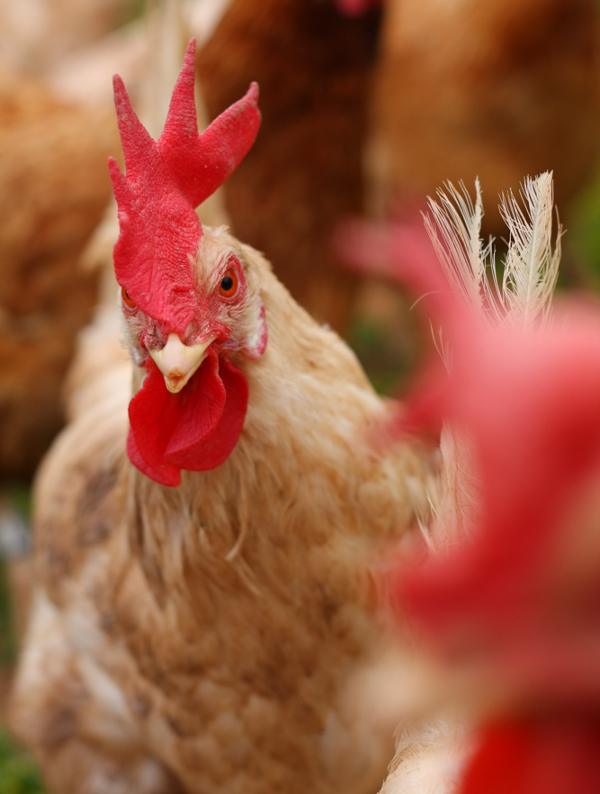 “When someone connects Lucy the pig to BBQ pork or Errol the rooster to ‘drumsticks.’ Knowing people can still change, that they can start another animal as a someone, not ‘meat, dairy, or eggs.’ That’s incredibly rewarding,” she continues, “Of course directly saving lives is enriching as well – the rescued animals live on as ambassadors, their stories powerful enough to inspire human change.” 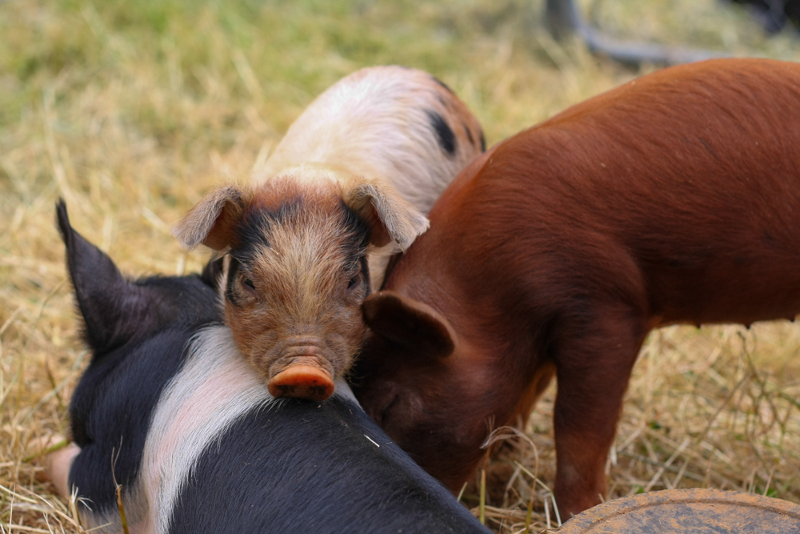 The compassion that a visitor to the farm feels when they first meet a former animal from the meat industry is an incredible powerful tool that can very readily be turned into action. The work done by Animal Place is more than just rescuing animals, but it goes one step farther in spreading the message that the cycle of violence between humans and animals can easily be broken on an individual level. Choosing to adopt a vegan lifestyle and removing your own negative impact on farm animals is a wonderful first step towards making large-scale change to the way our society sees farm animals.

As Beach says, “Every time you feel compassion–act on it!”

To learn more about the amazing work Animal Place is doing, check out their website and Facebook page. You can also start acting on your compassion by donating to this amazing operation, information can be found here.