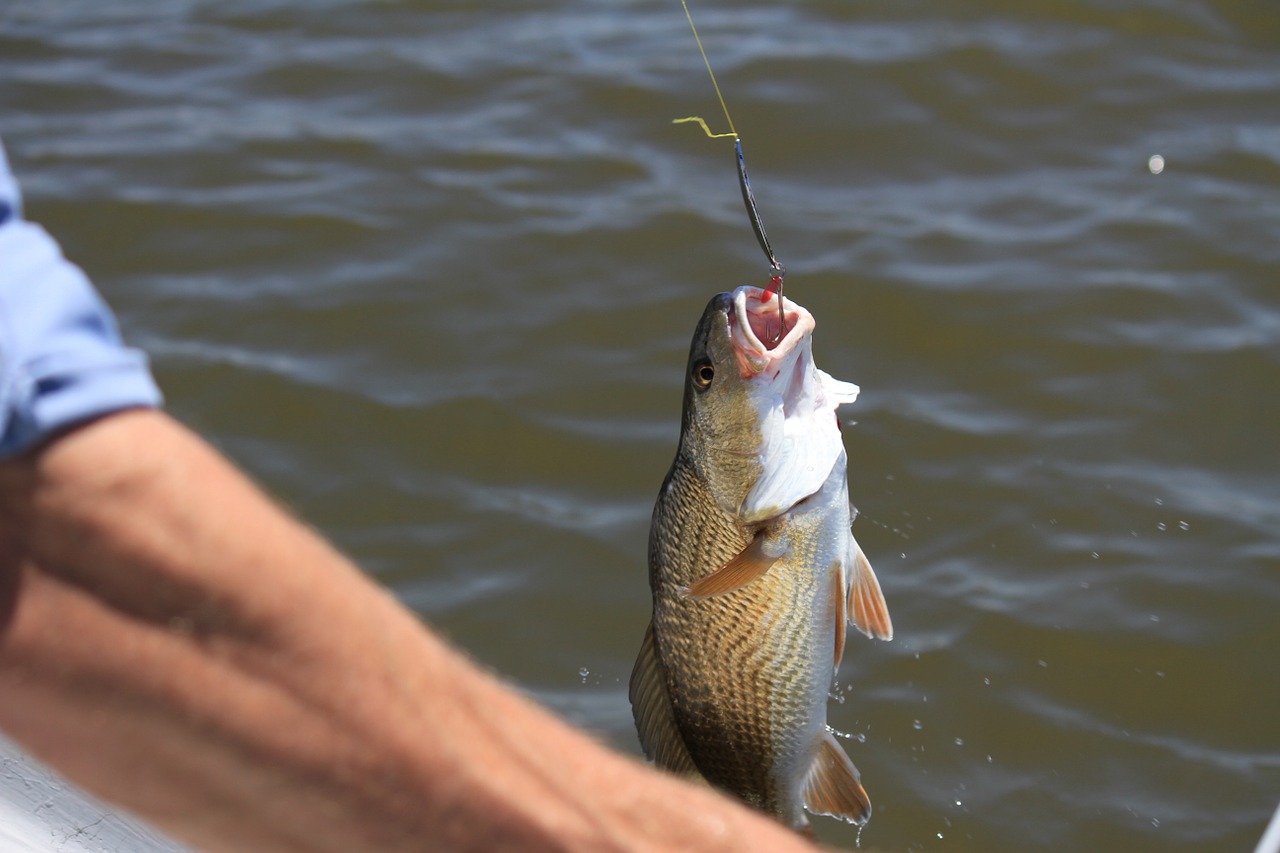 Fishing as a “hobby” often evokes one of two images: 1) a relaxing day of sitting out on a boat or 2) the ubiquitous off-putting dating profile photo of a man holding up a recently caught fish. What many might not consider is that the women swiping through these profiles are not the only victim of fishing photos, nor is fishing a relaxing hobby for everyone involved.

Fishing is an extremely cruel hobby that causes immense suffering and damage to fish, even when they are released back into the water. Here are 5 reasons to abstain from fishing as a hobby!

While fish sentience was a previously contested scientific topic, contemporary research has ultimately shown that fish are capable of complex emotions and can in fact experience pain. Even at the most rudimentary level, anatomical studies have proven fish have nociceptors, which are used to detect noxious stimuli, such as “high temperatures, intense pressure, and caustic chemicals.” Similarly, their brains respond to pain in ways similar to humans. Specifically, electrical activity cascades into regions responsible for “conscious sensory perceptions,” not just the regions that govern impulses and reflexes.

Similarly, fish demonstrably experience pain in conscious ways. For example, trouts whose lips were injected with a painful chemical exhibited unusual behavior such as rapid breathing, rocking back and forth at the bottom of the tank, and rubbing their lips against the gravel. Similarly, studies have shown that fish gravitate towards stimulating tank environments (those containing gravel, greenery, etc.) as opposed to barren ones. However, if they are injected with painful chemicals and the barren tanks are flooded with painkillers, they will choose the barren tanks over the stimulating ones.

Fishing puts these creatures through immense pain. Fishing hooks tear through their flesh jolting pain throughout their body. In catch and release, these hooks are forcibly pried from their mouths, which can rip through their throats and other tissues. As if this pain weren’t enough, the fish endure this harsh treatment all while suffocating in the open air.

Many fish have swim bladders, which are gas-filled organs that help them maintain their buoyancy and make swimming less energy-intensive. Since this organ is filled with gas, it is very sensitive to quick changes in pressure. This property becomes especially relevant as in fishing, these fish are forced up, out of their acclimated water density, and into a newly pressurized environment. This abrupt change in pressure from water to air can cause their swim bladders to rupture and their gills to collapse. Similarly, this barotrauma can cause their eyes to pop out of their heads.

Injuries sustained during fishing cause about 18 percent of these fish to die after they are released back into the water. Among the fish who don’t die, 22 percent have their vision permanently impaired. Still, many others will have trouble eating after being released as the hooks rip through their mouths and throats.

As with land animals like lions and elephants, fish are sometimes “targeted by trophy hunters and slaughtered so their corpses can be displayed.” (This type of fishing is where the notorious dating profile pics originate…) Sometimes money is used to incentivize people to compete in tournaments to catch and kill the largest fish.

Jessica Meeuwig, marine ecologist and professor at the University of Western Australia, has commented on the potential lasting impact of this type of trophy fishing. She explains that because this sport targets larger fish, they are effectively culling the fittest individuals from the population. These large, healthy fish are likely some of the most prolific breeders and removing them can be more impactful on the ecosystem than many anglers might believe. Meeuwig also contrasts this type of fishing with commercial or subsistence fishing, both of which aim for quantity of total fish as opposed to the largest individuals of a particular species.

Similarly, many species targeted in this type of fishing are threatened or endangered, such as marlin and sharks.

One of the main issues with recreational fishing is that many governments fail to consider the impact that a multitude of anglers can have on local environments. Therefore, fishing regulations are often not enforced or even created at all, which can be harmful as there are no protections for overfishing certain populations.

Similarly, sport fishing can still lead to a great amount of pollution. Although one angler might not leave much pollution as an individual, we must consider the tens of millions of anglers in just the U.S. alone. The U.S. Geological Survey reported the various ways sport fishing is environmentally detrimental, including gas and oil leaks from boats that pollute waterways. Similarly, improper anchoring can damage shorelines and cause habitat destruction. Lead used in many common fishing sinkers can also harm wildlife.

The need to get out in nature and take up a relaxing hobby is completely understandable and healthy! Luckily, there are plenty of hobbies that can fulfill those needs without harming animals.

Some potential new activities are:

Hiking: Hiking is the perfect way to get out and enjoy nature! You can research mountain trails for a more arduous and dynamic walk or you could simply walk around a nearby wooded area. Hiking gives you a chance to see animals in their natural environment without disturbing or harming them.

Birding: Similar to hiking, birding is a great activity for those who want to get a closer look at animals in their natural habitats! You can keep a log of all the different birds you see and track their behaviors. These passive observations will allow you to learn a lot about these animals without having to harm them.

Knitting: Knitting can be done either inside or outside and is perfect for those who enjoy working with their hands (like one might when fishing). Knitting is not only relaxing but productive! You can make lovely homemade pieces for yourself and your loved ones.

Animal Crossing New Horizons: Okay — if you just truly love fishing but don’t want to harm real fish, try Animal Crossing New Horizons! In this game, you build your own island town and among the many fun activities in the game, one is fishing! You can fish in ponds, rivers, and the ocean. Once you catch some fish, you can either sell them or donate them to the game’s virtual museum where you can watch them swim around! The game also has a myriad of different marine creatures that many of us would never encounter in real life!

Here are even more ideas brought to you by One Green Planet: