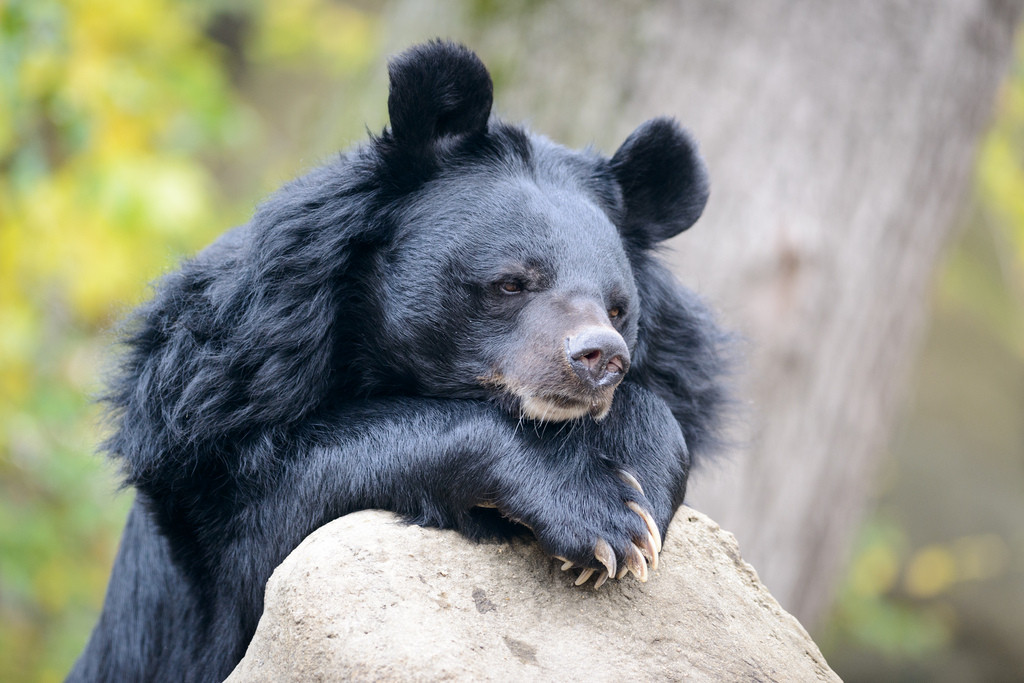 Be warned: this article is extremely depressing. Why are we then telling you all these sad facts? Because it’s important to know what is going on in the world and try to make a difference by petitioning, demonstrating, donating, and educating others.

Modern (Western) medicine largely relies on animal testing, though its origin is mainly synthetic. However, on the other side of the globe, and actually 80 percent of the world population, relies on animal-derived medicine. Tiger bones, seahorses, and rhino horns are all used in many Asian remedies. The high demand not only endangers wild animals, but also promotes brutal farms, where animals are caged in terrible conditions. Such as in the case of bears and tigers, for example.

Most of you reading this are probably not engaging in bear bile sales or buy dried seahorses as souvenirs, but did you know that there are no more rhinos in Vietnam and that more than 20 million seahorses are killed yearly for Chinese medicine?

It’s important to get informed about the dangers humans pose to other animals and find out what can be done about it. From volunteering at bear sanctuaries in China to collecting photos and materials to help save pangolins. Find out more about wild animals in Asia that need our help today.

We all know tigers as wild and fierce animals, so it’s hard to imagine them in cages or at risk. But during the 20th century, the tiger population has diminished from 100,000 to around 3,500. Meaning that 97 percent of the world’s tiger population has been exterminated. In Vietnam, for example, there are perhaps 30 tigers left.

According to major organizations like WWF and Panthera, traditional medicine is a direct cause for the near extinction of tigers. In fact, since so many are being used for medicine, there are more tigers in farms than in the wild.

Though China has passed a ban in 1993, making tiger bones illegal in the country, pressure from dealers made China consider a plan for using bones from farmed tigers. Meanwhile, other animals are also being considered as a substitute, such as rats, cows, goats, and dogs. Basically, exchanging suffering with suffering.

In other Asian countries, business is booming – a Vietnamese farm is reported to hold 100 tigers, and plans are to expand it to 700. At $140 per 300 pounds, no wonder business is developing (tigers weigh more than 200 pounds, so each tiger produces a lot of cash for the dealer).

What can you do? Speak out for the tigers, learn how here, and donate to help stop poaching, and please share these facts with your friends to spread awareness and educate others.

There are different types of bears in Asia, but two species — sun bears and Asiatic black bears — are mainly used for medicine and both are listed on the Red List of Threatened Animals. The main danger is from the commercial trade in live bears and bear parts, which uses bear paws for food and bear bile for traditional medicine.

Bile is basically the liquid that our liver produces, which is stored in the gall bladder. Centuries ago, people would kill a bear to remove his or her gall bladder. Today, there are bile bear farms, which are notorious for their cruel treatment of animals. Though the Chinese government refuses to admit to the cruelty involved in this industry, the facts speaks for itself: bears are kept in “extraction cages.” These cages are constructed for easy access to the abdomen. Inevitably, it also restricts movement to the point which makes it impossible for the bears to stand up on four legs or even worse.

There is no doubt that the conditions at these farms are horrific, which means that most bears will die by the age of four (instead of around 30 in the wild), or killed by age ten and sold for meat and other uses. The bears imprisoned in these places suffer from various physical conditions. There was even a story of an escaped mother bear who strangled her own cub, only to then commit suicide because of how horrendous the conditions were at a Chinese farm. More stories come to light about how bears starve themselves to death. If you want to read these stories, first know this: they will stay in your mind forever.

So, what can you do? Volunteer at sanctuaries, fundraise, or help through Free the Bears by donating, volunteering, letter writing, and more. It’s important to let the Chinese government know that this abuse is unacceptable and to educate people in the West who might be using bile as “medicine.”

These small and unique creatures live in waters around the world. They are the slowest-moving fish, and yes, the male seahorses are the ones who get pregnant. Though the number of seahorses is not known, they are on the Red List and their numbers are declining fast. According to The Seahorse Trust, the main cause of this decline is traditional medicine. Over 20 million seahorses are captured and killed each year for this purpose alone.

What can you do? Don’t buy live or dried seahorses as souvenirs or home aquariums, protect the oceans by using green household products, and skip the fish at your next meal. Why, you ask? Because millions of seahorses end up dying in fishing nets.

Rhinos have been around for millions of years, but in 1990, they were almost extinct. Thirty years later, their number is at a few thousand, while in the beginning of the 20th century there were around half a million roaming the earth. In Vietnam, there are unfortunately no more rhinos left.

Humans are the rhino’s real danger, especially due to the productions of aphrodisiacs and other “magical” potions. These unlucky creatures were doomed by people believing that their horns are a valuable medicine and by poachers cruel enough to kill a rhinoceros for her or his horn. Rhinos around the world are still considered in danger, and will continue to be until the market for traditional Asian medicine and ivory stops.

What can you do? Don’t buy rhino horns, of course! Spread the work and get involved with different organizations like Save the Rhino, and donate, volunteer, and help raise funds.

Poaching for meat, scales, and medicine, got this precious mammal at the top of the most endangered mammal groups in the world. These ant-eating mammals are covered in scales used as natural armor  – when in danger they roll into a ball. They can be found around Asia and sub-Saharan Africa. Baby pangolins nurse for a few months after birth and ride their mother’s tail as she forages for insects. There are no precise numbers in terms of pangolins in the wild or how many are used for medicine. However, shipments to the black market were found to be holding thousands of these animals.

What can you do? Spread the word, help education funds, contribute information or donate to the Pangolin Specialist Group.