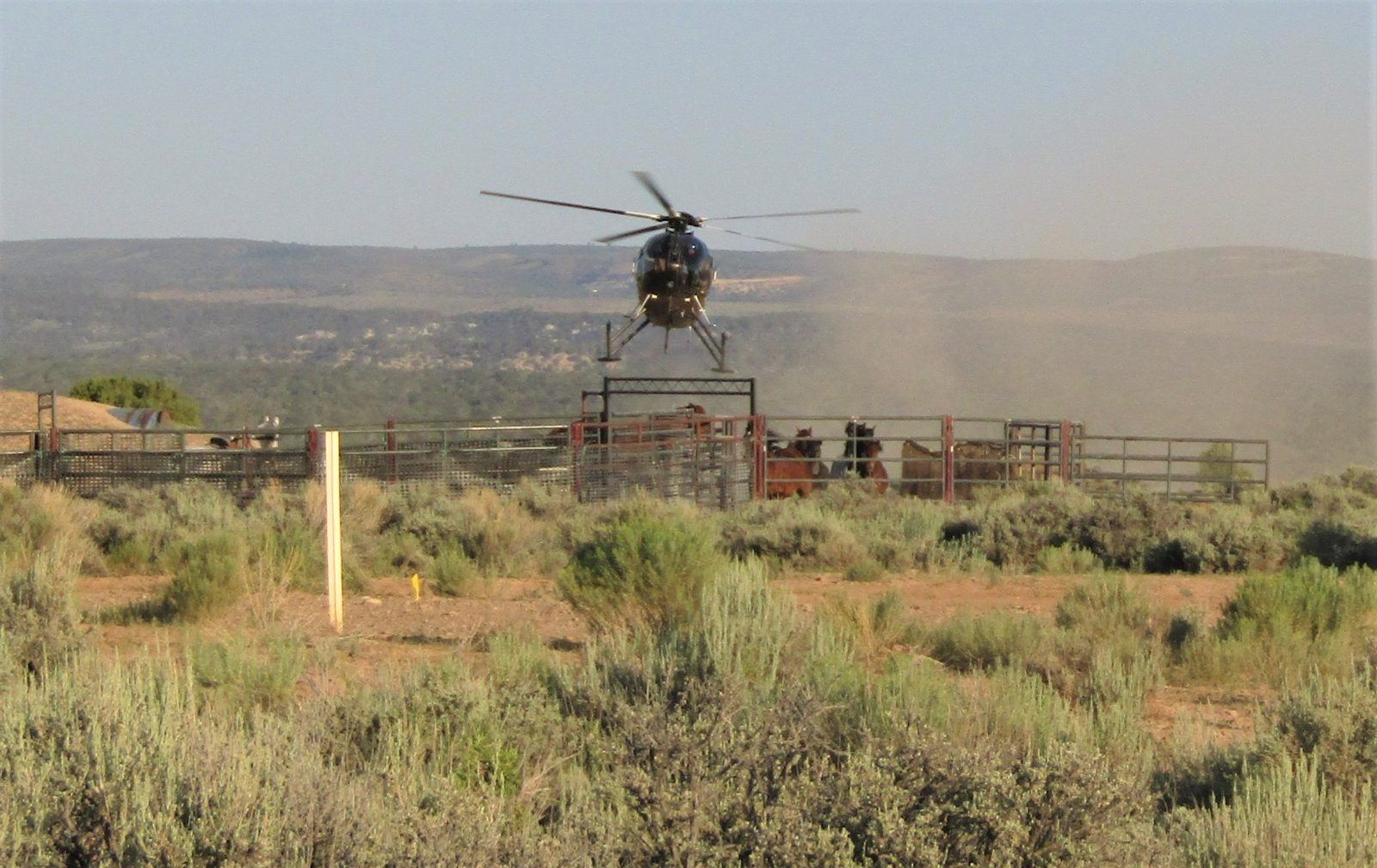 A roundup of wild horses in the Piceance-East Douglas, Colorado, is underway despite calls from Governor Jared Polis, Congressman Joe Neguse, In Defense of Animals, and other individuals and organizations to stop the operation. These pregnant mustangs and foals are forced to run for their lives amid heat waves, with temperatures soaring over 90 degrees.

According to In Defense of Animals (IDA), the Bureau of Land Management (BLM) first scheduled the roundup for September but ended up using an “emergency” designation to speed up the operation that is now underway amid the hottest days of summer. These poor horses are being forced to run for miles into traps. As of July 25, 657 out of the goal of 1050 horses had been captured.

BLM reportedly called for the emergency roundup because of the ‘poor conditions’ of horses. However, IDA says that facts, photos, and an independent ecological assessment of the Piceance East Douglas Herd Management Area show that the horses were healthy, in good condition, and had healthy foals. BLM says that the area in the Piceance basin is in such poor condition that the wild horses must be removed. However, they continue to let livestock graze, which is one of the leading causes of the degradation of the land in the area.

In the U.S., wild horses have been particularly hard hit by the meat industry’s demand for more land on which to raise cattle. In recent years, The Bureau of Land Management’s (BLM) practice of “rounding up” horses using cruel helicopter-driven chases has drawn widespread criticism from animal advocates and concerned members of the public, who know how this traumatic practice impacts animals.

According to IDA, the true motives for speeding up the roundup are likely due to scrutiny that has been falling on the BLM. Governor Polis, First Gentleman Marlon Reis, and Congressman Neguse have all called for an end to the BLM’s costly and inhumane roundups.

Their calls for an end follow the deadly May disease outbreak at a BLM facility in Cañon City, Colorado, where 145 wild horses died because of a lack of staff and lack of vaccinations that the animals should have had.

“Chasing terrified horses with helicopters over miles of rough ground is cruel and dangerous in any weather; doing it when Colorado is experiencing record heat with temperatures in the 90s makes it even more so, especially for young foals and pregnant mares,” said Ginger Fedak, Wild Horse and Burro Campaign Director for In Defense of Animals. “It was extremely difficult to witness these horses lose their freedom, especially knowing they are only being removed to benefit special interests.” 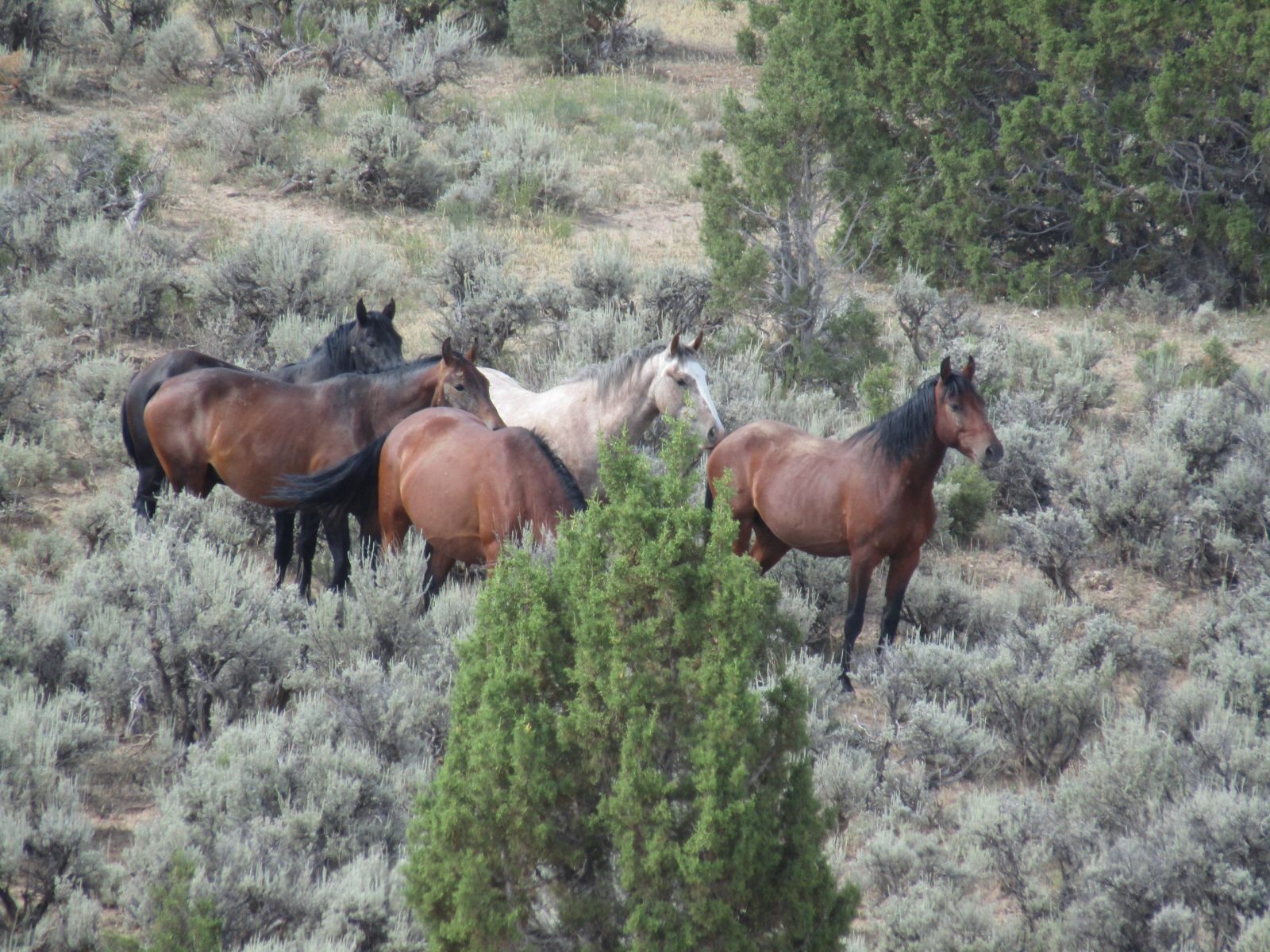 In Defense of Animals has observed and documented five days in a row of the Piceance roundup despite the BLM purposefully obstructing public observation sites. There were major challenges for viewers who were told where they could and could not stand. The lack of transparency from the BLM is troubling as they put so much effort into controlling what the public could see of the roundup, which they say is safe, humane, and the best thing for the animals. After the horses were captured, they were quickly loaded on trailers and taken away to holding pens on private land. Usually, the public is allowed to view the trap site and the temporary holding pens. The public can usually view the horses and their condition before they are taken away to corrals, where they are “processed.”

When the BLM staff was asked why the public could not see anything this time, the staff had no answers. By leaving meat off your plate, you can take a stand against this outrageous practice. With a lower demand for meat, less land will be required for cattle ranching, and fewer wild horses will suffer. To learn more, read some of the articles below: