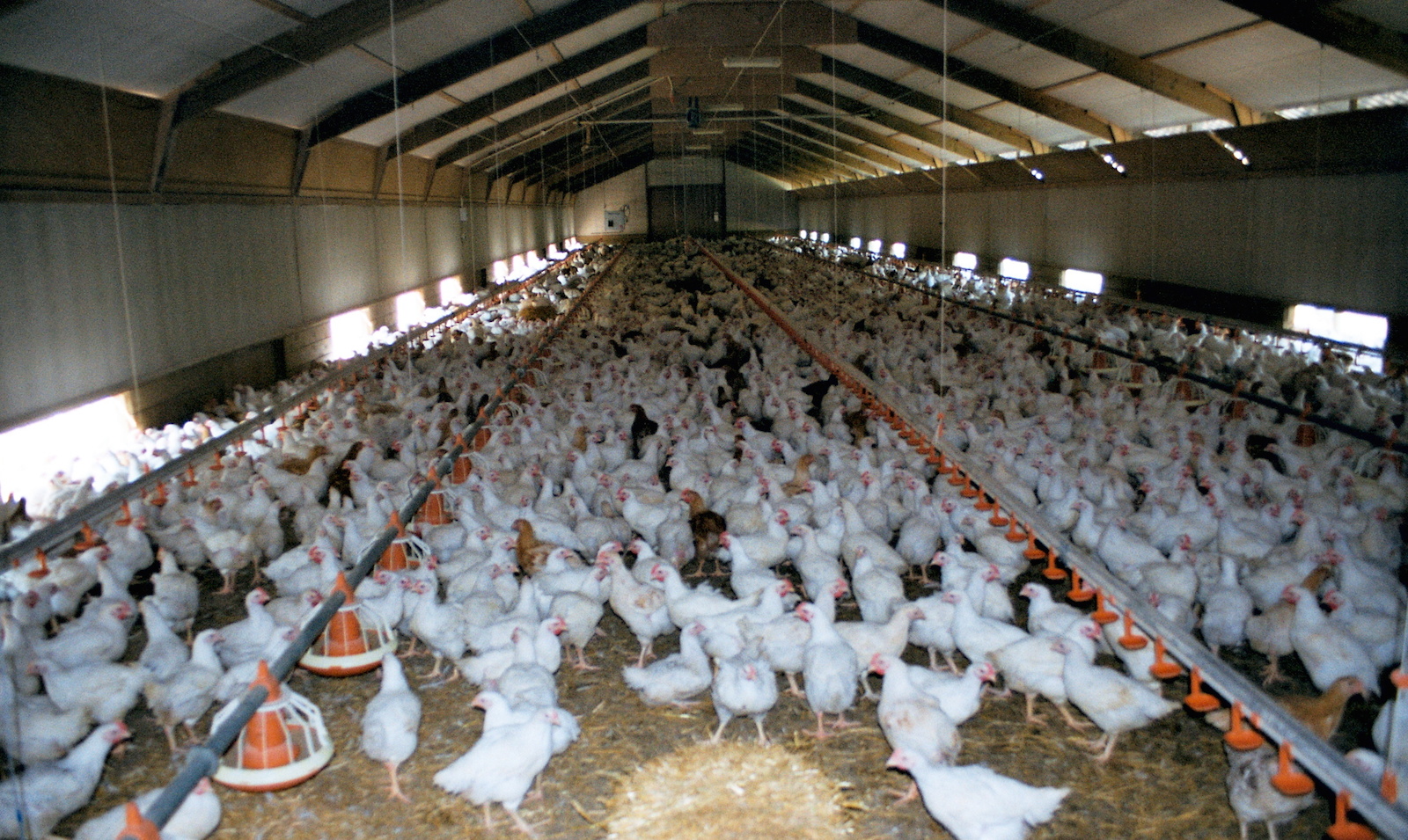 Paul McCartney, one of the most well-known vegetarian celebrities, once said that “if slaughterhouses had glass walls, everyone would be a vegetarian.” This couldn’t be more relevant than it is today. With “ag-gag” laws attempting to prevent the public from seeing the terrible conditions chickens, cows, and pigs face in the U.S., it isn’t surprising that we’ve made little progress in farm animal rights.

A Farm With Glass Walls

Farmer Craig Watts recently made quite the stir by choosing to do what many farmers can’t… he allowed the media into his chicken farm. In doing so, Watts put his very livelihood on the line, but it was worth it to him if it meant bringing about change for the future of the animal agriculture industry. Watts reached out to Compassion in World Farming (CWF), an organization aimed at improving farming practices for the sake of the animals that suffer as a result. Inviting CWF into his chicken farm, he allowed them to film the horrid conditions the chickens were living in.

Watts revealed that he is under contract with Perdue Farms, and his animals are raised according to this large corporation’s standards. His contract restricts him from giving the chickens veterinary care, light or fresh air. The chicks he receives from Perdue have astonishingly high mortality rates, while adults suffer from a myriad of health problems and genetic mutations.

Craig Watts is in a unique situation, though. Most farmers under contract with Perdue typically can’t speak out against the cruel conditions imposed by their supplier because they are constantly in crippling debt. “I don’t have much debt,” Watts explained in an interview with Salon. “There are a lot of farmers who aren’t in this position, and that’s why they’re kind of quiet. If I’ve got to fall on the sword to make it better for the rest, so be it.”

Cruelty Across the Board

Sadly, the farm Craig Watts shows the CWF crew is not unlike others in the U.S. Although we are taught to believe that farms care about the animals they raise, largely by way of labels like “cage-free” and “free-range,” the reality is these labels do very little in the way of ensuring animal welfare.

Factory farms are businesses and the animals who are raised in these farms are commodities. Farms that raise chickens for meat, like Watts’, house hundreds of chickens crammed together in a dark, oppressive shed that allows them barely enough space to walk around. As long as these chickens are not kept in cages and have access to the outdoors, they can be labeled as “free-range.” While technically, chickens can get outside, the reality is that due to mass overcrowding, the majority of them will never actually make it there.

These chickens live in their own filth, pumped with antibiotics to keep them from getting sick, and hormones to make them grow to the point where most cannot walk. Raising animals in this way might be economically “efficient,” but it causes extreme stress and pain to the animals who are forced to endure this life.

Around 99 percent of animals raised for food in the U.S. are raised in factory farms like Craig Watts’, and most consumers who buy meat, eggs and dairy are largely unaware about the conditions in which these animals are raised in.  With that being said, when polled, around two-thirds of Americans answered that they prioritize animal welfare as a significant factor in deciding what foods to buy. Which explains the animal agriculture industry is so focused on keeping the public in the dark about the horrendous practices that occur in factory farms.

Crippling debt is not the only thing deterring farmers and farm workers from exposing the truth about factory farms. Ag-gag laws provide another method of cloaking the truth. Two dozen states have passed, or attempted to pass, “ag-gag” laws. These laws make it illegal to film or photograph inside of Concentrated Animal Feeding Operations (another name for factory farms), like the facility Craig Watts showed the world.

Ag-gag laws are designed by industry giants like Perdue, who want to keep the truth about how their animals are treated a secret from consumers. Perdue lauds their dedication to working with small, family farmers and prides itself on producing “better” chicken products, but when you look inside their contracted farms, it is readily apparent that there is little truth to these claims.

The good news is that many organizations are working to stand up against ag-gag laws. Undercover investigations and exposés, like Craig Watts’, are the only way that we can get consumers to change their perceptions of the animal agriculture industry. If ag-gag laws are put in place that prevent workers and farmers from standing up to big industries, how can we ever expect to see an improvement in the way animals are treated?

The Rest is Up to Us

It isn’t just up to farmers and animal rights organizations to take a stand against  cruelty in the meat industry, we all play a part.

When we begin to recognize the truth about where our food comes from, we are empowered to make better decisions about what we want to support. If factory farms are not willing to be transparent about how they raise their animals and ag-gag laws silence whistlebowers, then it is up to the consumer to choose not to participate in this broken system. If we can’t be certain about what we are supporting … then why support it at all?

Though transparency is necessary for change, it may never truly come. Instead of relying on transparency as the only option for change, we can open our eyes and help open the eyes of others to the horrors occurring this industry every single day. By realizing what is going on, with or without overt transparency from the companies themselves, we can make a difference. And making a change in your own life isn’t that difficult! There are many amazing plant-based alternatives to conventional animal products that are both nutritious, and delicious.

The ability to change the lives of farm animals lies entirely in our hands, or perhaps more accurately, on our plates.