Is the Government Destroying the American West Ecosystem by Favoring Cattle Over Wild Horses? 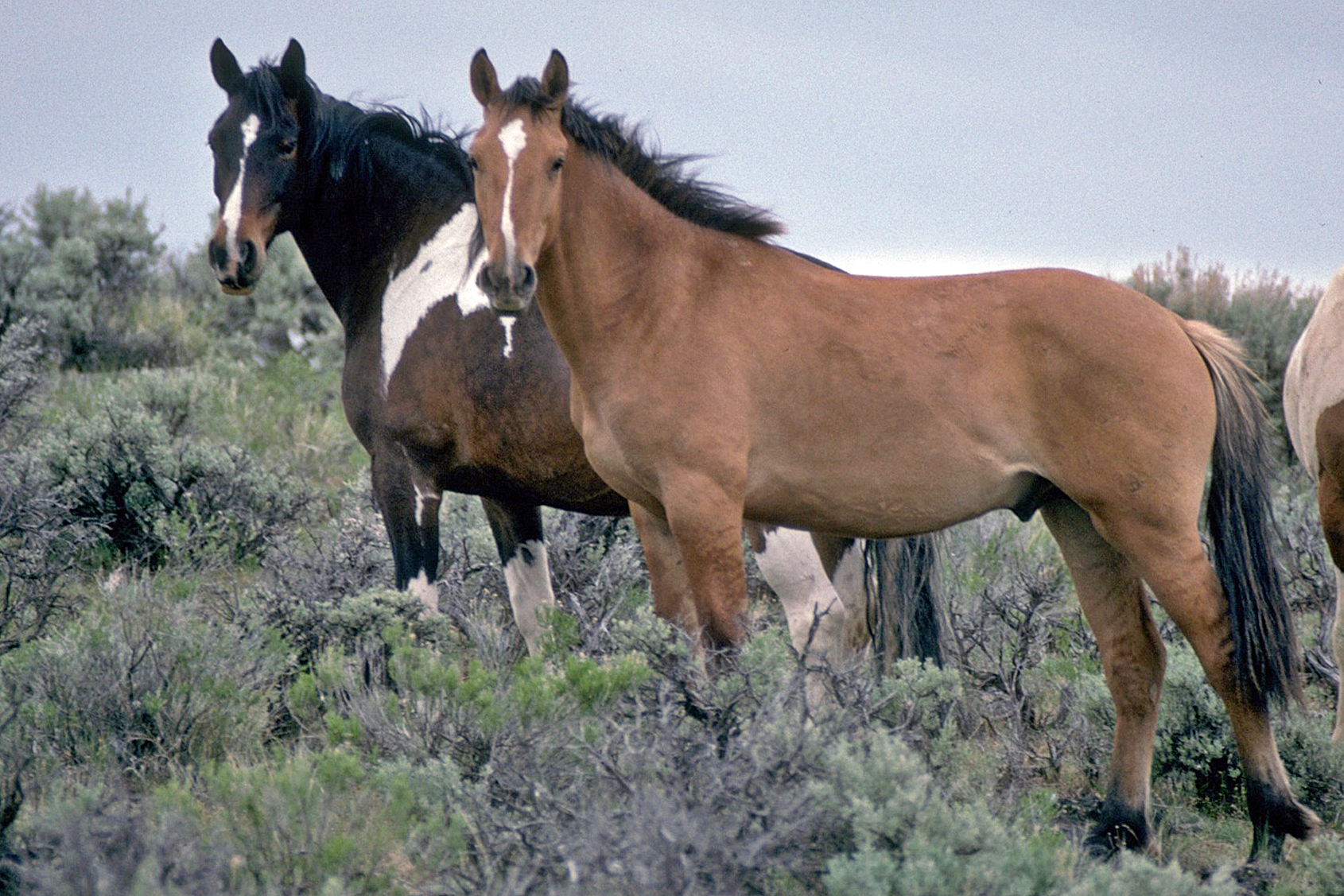 Imagine walking through a trail alongside the golden grasses of an open prairie in the Western United States when all of the sudden you are stopped frozen by the sound of a thunderous noise of hooves approaching from a distance. As you listen closely, you hear whinnying and soon, the herd is within your sight. With their power, grace, and majesty, horses can aesthetically make any landscape appear beautiful.

But horses also have a much greater purpose, as they help to physically maintain and benefit the health of prairie ecosystems. Millions of horses once roamed free in the Wild West. Unfortunately, by the time the first federal wild free-roaming horse protection law was enacted in 1959, the mustang population had already been drastically reduced. This law only prohibited hunting horses with the help of motor vehicles.

In certain locations, natural horse predators, such as wolves, are now scarce and as a result, the BLM is “concerned” with regulating horse populations to avoid competition with land for domestic cattle. To manage the horses, the bureau issues roundups of wild horses to transfer them to a captive lifestyle. Their methods are often considered inhumane. For example, in 2014, the BLM poorly planned a roundup of approximately 800 horses from private and public lands. Ten died in the process, including four foals and the horses all experienced immense stress and discomfort (not to mention they lost one of the most valued ideals of America – freedom). Approximately 270,000 horses have been removed from U.S. land since 1971.

Furthermore, supply has exceeded demand for selling captured horses for an adoption fee of $125 and most horses end up at auction where they can be purchased for any use the buyer the wishes … sadly most of the time this means they are sold to slaughter for meat.

In order to validate their actions, the BLM has claimed that horses are overpopulating, while destroying critical habitat. Where is this evidence? Nobody knows … We do, however, have ecological evidence of how horses benefit their environment.

Horses Versus Cattle: Benefits of Horses for the Environment

While the BLM is concerned with avoiding grazing competition between wild horses and domestic cattle, there seems to be lack of attention toward addressing the impacts cattle are having on the environment. The ratio of cattle to wild horses on public lands is fifty to one. Wild horses are critical architects of the western ecosystem, so rather than wasting tax dollars funding roundups, if the BLM is really concerned with protecting public lands they should instead focus on protecting horses.

To illustrate the benefits of the presence of the wild horse, let’s look at comparison to how horses affect their ecosystem versus cattle.

While cattle do not have upper teeth and use their tongues to wrap around grass to pull it from the roots, horses only graze the tops of grass blades, allowing grasses to regrow in a healthier state.

Unlike cattle, horses are not ruminants and therefore, do not have four sections of their stomach. This means that their waste contains more nutrients. When horses defecate, they give back to the land through enhancing soil quality. Cattle operations often cause water pollution due to waste containing hormones, antibiotics, heavy metals, ammonia, and pathogens. Many animals depend on horse manure to help maintain soil moisture to prevent brush fires.

3. Use of Water Resources

While cattle enjoy chilling out by water sources, horses are respectful of their ecosystem. Instead of causing erosion and scaring away species diversity (like cattle do), horses tend to drink and move on, leaving minimal impact on stream habitats.

Since horses are travelers and cattle prefer to just hang out, horses do not exhaust grazing areas like cattle do. Horses are also picky about what they eat and avoid consuming pretty flowers, allowing wild flowers to survive. If a horse consumes seeds, they can still germinate after being passed and thus, horses act as important sources of dispersal for plant species.

5. Lending a Hand to Other Species

In cold climates, many animals will follow the path of horses in order to find access to food and water. The powerful hooves of a horse have the ability to break through ice, making streams once again potable for other animals. Furthermore, horses can make their way to grasses through deep snow, allowing other animals to also graze where horses have been.

Grazing cattle, on the other hand, pose a threat to 14 percent of endangered animal species and 33 percent of plant species as they encroach further into their territory.

Stop Roundups to Save Horses

Cattle are given priority over land because ranchers pay a tax to the BLM for every head of cattle they graze on public lands. The myth that the wild horse poses too much competition to cattle is a simple lie used to justify their systematic removal. It would not be far off to say that cows have become an invasive species in the West, leading to the downfall of keystone species who help to keep the native ecosystem healthy.

There are many organizations working to raise awareness about wild horse roundups. To learn more about how you can help, check out the work of American Wild Horse Preservation.