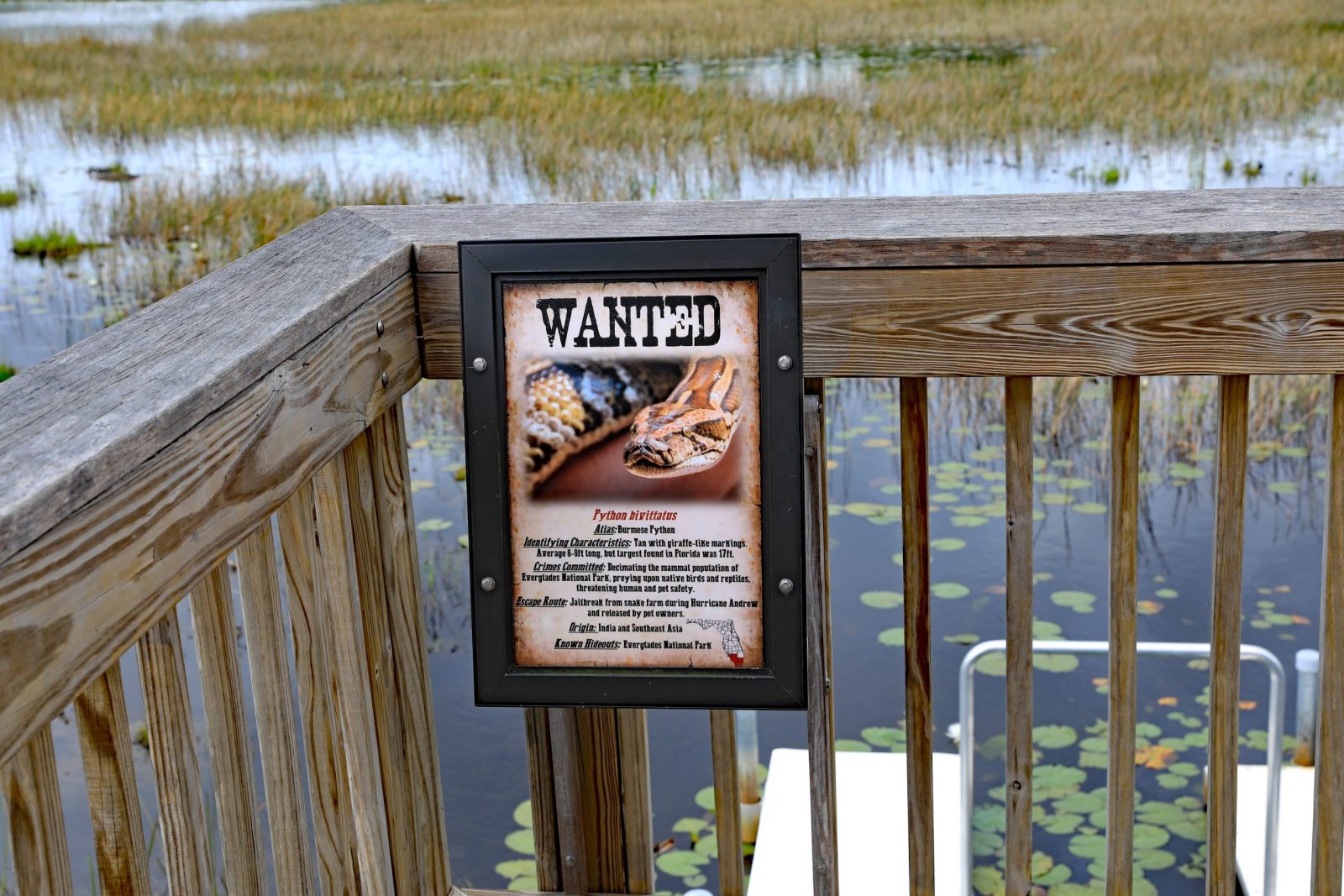 Over 800 people in Florida are competing in the ten-day event in the Everglades to remove the invasive Burmese pythons to win a cash prize.

The annual python removal competition first began in 2013, and thousands of pythons have been killed since then. Pythons are native to Southeast Asia but were first spotted in Florida in the late 1970s. Pythons have invaded the Everglades area and have no natural predators. They eat small mammals and rabbits and scientists believe there could be up to 300,000 snakes in the Everglades. They have been blamed for the lack of mammals in the Everglades and have wiped out populations of rabbits, foxes, and deer in the area. The state’s previous methods for catching the snakes included traps and poisoned prey, but now the Florida Fish and Wildlife Conservation Commission (FWC) pays hunters in exchange for caught snakes.

The volunteers gather in the Everglades to capture and kill pythons every year to win thousands of dollars in prize money. The participants only need to complete a 30-minute training online before they enroll in the event. The python must be dead to receive prize money, and hunters will face disqualification if they kill the snakes ‘inhumanely‘ or kill native snakes, although it is unclear what type of killing they classify as humane.

According to PETA, these snakes first came to Florida, likely from the exotic pet trade. The snakes have multiplied rapidly since the early 2000s. PETA says that it has been suggested that people who purchased pythons as pets, released them into the wild after becoming overwhelmed with the amount of care and attention they need. “Upon release, the pythons bred at an alarming rate,” PETA says.

PETA reported that the FWC provides the participants with contact information for businesses that will purchase python skin. This results in increased economic motivation for people to kill these animals.

Read more about snakes in One Green Planet, including why snake venom is no longer needed for science and why keeping snakes as pets is a bad idea. Don’t forget to sign this petition to speak up against python hunts too.