Kapparot: A Traditional Jewish Ceremony Where Thousands of Chickens are Treated Inhumanely and Killed Every Year 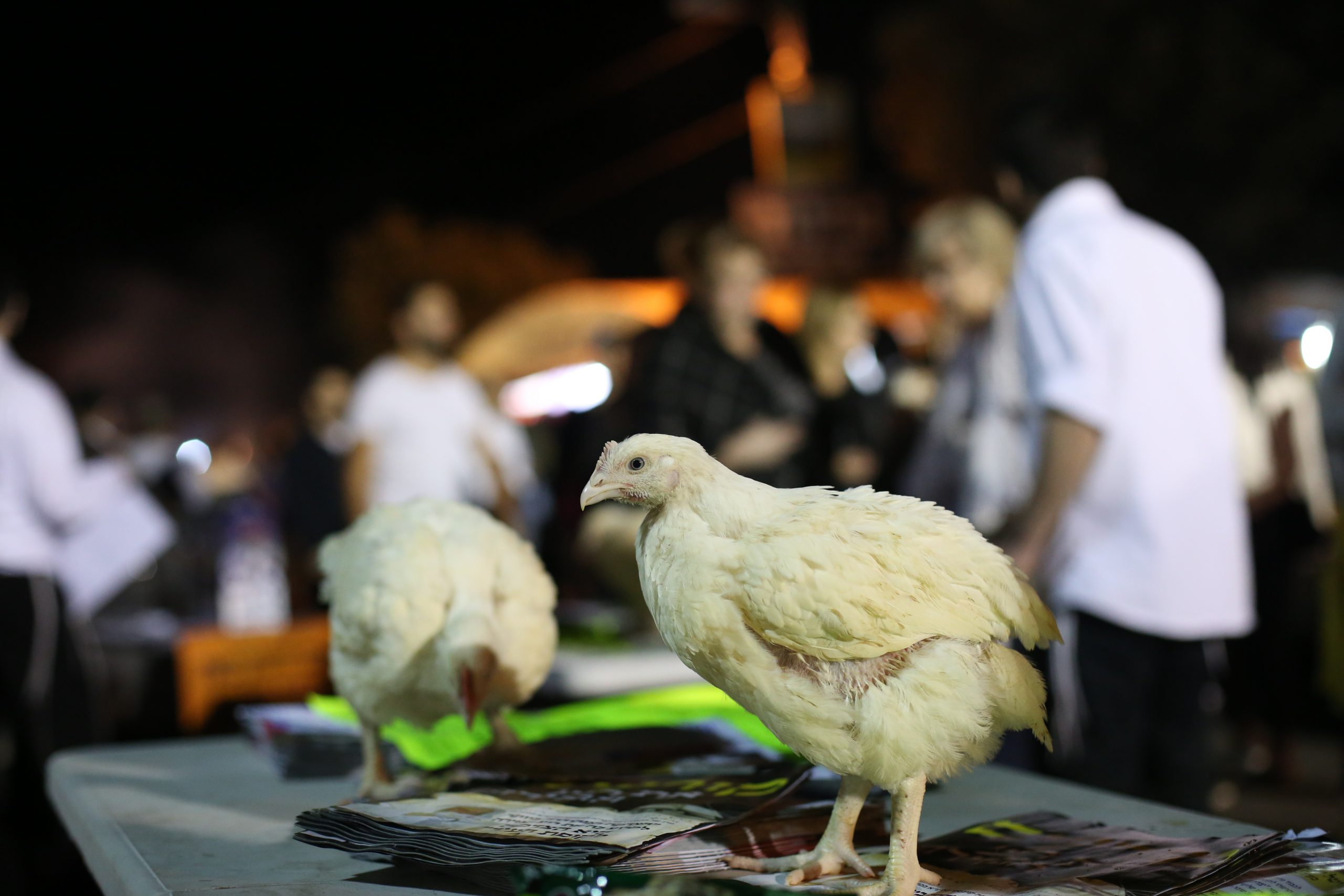 The Jewish High Holidays are a busy time full of eating, praying, fasting, and being around loved ones. There’s so much to do during this time of the year that sometimes we forget to stop and think about what we’re doing. The same holds true in so many different contexts, especially when tradition is involved.

Traditions are not inherently bad, of course. They can be important ways to connect with those who came before us as well as the loved ones that we participate in traditions with. Many traditions hold great value on both a religious and personal level. However, traditions may also fail to account for our constantly changing world, beliefs, and selves. Thus, sometimes it’s important to reexamine a tradition, from its origins to its implications, and find better ways to partake in them. Many argue that one such tradition is Kapparot.

Kapparot is a controversial custom that takes place among a small portion of the Jewish community between the high holidays, Rosh Hashanah and Yom Kippur. The practice involves circling or swinging a live chicken around one’s head while reciting the appropriate text asking God to transfer one’s sins to the chicken. It is not an offering, but rather “a ‘substitute’ for the individual, as an atonement for his or her sins.” Thus, the translation for “Kapparot” is “Atonements.” The chicken is slaughtered and donated to the poor for food. It also may be sold and then the money donated to a charitable cause. Kapparot doesn’t absolve an individual of their sins; rather, the hope is that any punishment that the individual might have received for those sins is transferred to the chicken.

Criticism of Kapparot Throughout History

Modern-day criticism of Kapparot based on its unethical, cruel, and unsafe practices are plentiful. However, criticism of the tradition dates back to close to Kapparot’s conception. Kapparot does not originate in the Torah or the Talmud. The first known discussion actually occurred in the 9th century. Scholars noted that the Hebrew word “gever” means both “man” and “chicken” and thus, “punishment of the bird can be substituted for that of a person.” However, many Rabbis disapproved and advocated against this practice, most often because they considered it a superstition or a “pagan custom that had mistakenly made its way into Jewish practice.” In addition to these religious and theoretical oppositions to the practice, many Rabbis opposed Kapparot due to the cruelty that it involves. For example, one of the stories in Shivchei Ha-Ari points to the “principle that one cannot commit a sin—in this case, cruelty to animals—in order to do a mitzvah.”

Chickens used for Kapparot are supposed to be treated and killed according to the laws of kashrut, which intend the slaughter to be quick and “painless.” However, that does not mean that these chickens, and all chickens raised for meat, don’t suffer. PETA has released heartbreaking footage of Kosher slaughterhouses, and there has been a multitude of reported cases of chickens suffering for Kapparot.

In 2005, dozens of chickens in Brooklyn drowned because they were left in their cages during a storm and in 2013, 2000 chickens in Brooklyn died after being left outside in the heat. Starving chickens have been found abandoned after the ceremony and there have also been cases of the meat being thrown out, rather than being given to the poor. For many of these events, the chickens are packed into trucks without enough food or water for the long drives into cities where Kapparot is taking place. At the ceremony, the chickens experience extreme stress due to the crowds, chaos, and being left in stacks of crammed cages no matter the weather conditions. Considering there are six days on which Kapparot can occur, some chickens suffer for extremely long periods of time.

The events and practices that people have witnessed at Kapparot rituals have not gone unchallenged. In 2015, Brooklyn residents and the Alliance to End Chickens as Kaporos sued four Rabbis over Kapparot practices. Courts decided that Kaparot was protected under the “Free Exercise Clause of the Constitution” in 2017 and allowed it to continue taking place. The Animal Legal Defense Fund joined the 2018 appeal to argue that there needs to be a distinction between the religious ceremony itself and the violations of New York laws, such as “Leaving chickens outdoors without food, water, or protection from the elements, denying injured chickens medical care, and disposing of their bodies in the streets.”

The Alliance to End Chickens as Kaporos refers to Kapparot as the “largest live animal wet market in the United States,” a description that holds even more significance during the current zoonotic disease pandemic. In the lawsuit, they explained that the practice turns the streets into a slaughterhouse, which is not only upsetting to witness, but also dangerous for public health. A toxicologist, Dr. Michael McCabe, studied samples of fecal and blood from one Kapparot and confirmed the claim that Kapparot is “a significant public health hazard.” There have even been reports of individuals who were not partaking in the events, but did come in contact with the chickens and subsequently got E.coli.

Kapparot is not a required custom to partake in during Yom Kippur. Thus, most of the supporters focus on the desire to uphold tradition. Furthermore, some of those who take part in the custom assert that the scrutiny is disproportionate to the number of people that actually care about animal welfare in general. In a USA Today Op-Ed, Eliyahu Federman points out, “The real difference between Kaparot and factory farming is that factory farming takes place behind closed doors, whereas Kaparot is usually performed in very public places, like the streets of Brooklyn and Queens.” Some people who condemn Kapparot may still go to the grocery store and buy meat that suffered just as much as Kapparot chickens. However, those people can stay willfully ignorant by not witnessing the suffering and slaughter that their dinner went through. According to Federman, if people are to condemn these practices, then they should at least be consistent in their concern for animal cruelty. They should also care about the animals whose suffering they can choose not to witness.

Ethical Alternatives and What You Can Do

Some Rabbis say that watching the chicken being slaughtered offers the perspective: “that could have been me.” If we are to think of Kapparot in this way, shouldn’t we want to limit the suffering of other human and non-human animals? If that could have been us and someone had the chance to stop it from happening, we would have wanted them to. Brooklyn Rabbi Shlomo Segal reminds us that “The Torah prohibits Jews from causing any unnecessary pain to living creatures, even psychological pain.” So this high holiday season, take a step back and reconsider the effects that using chickens for Kapparot has. We don’t need to kill chickens to remind us to be better in the coming year. We can start being better, more compassionate individuals now by advocating against using chickens for Kapparot.

Those who wish to participate in Kapparot without harming animals can use a bag of money to swing and donate in place of a chicken. This practice serves the same purpose, but it is much more ethical as it doesn’t cause the suffering and slaughter of countless animals.

To help end the use of live chickens for Kapparot, you can support the Alliance to End Chickens as Kapparos and donate to their rescue work.