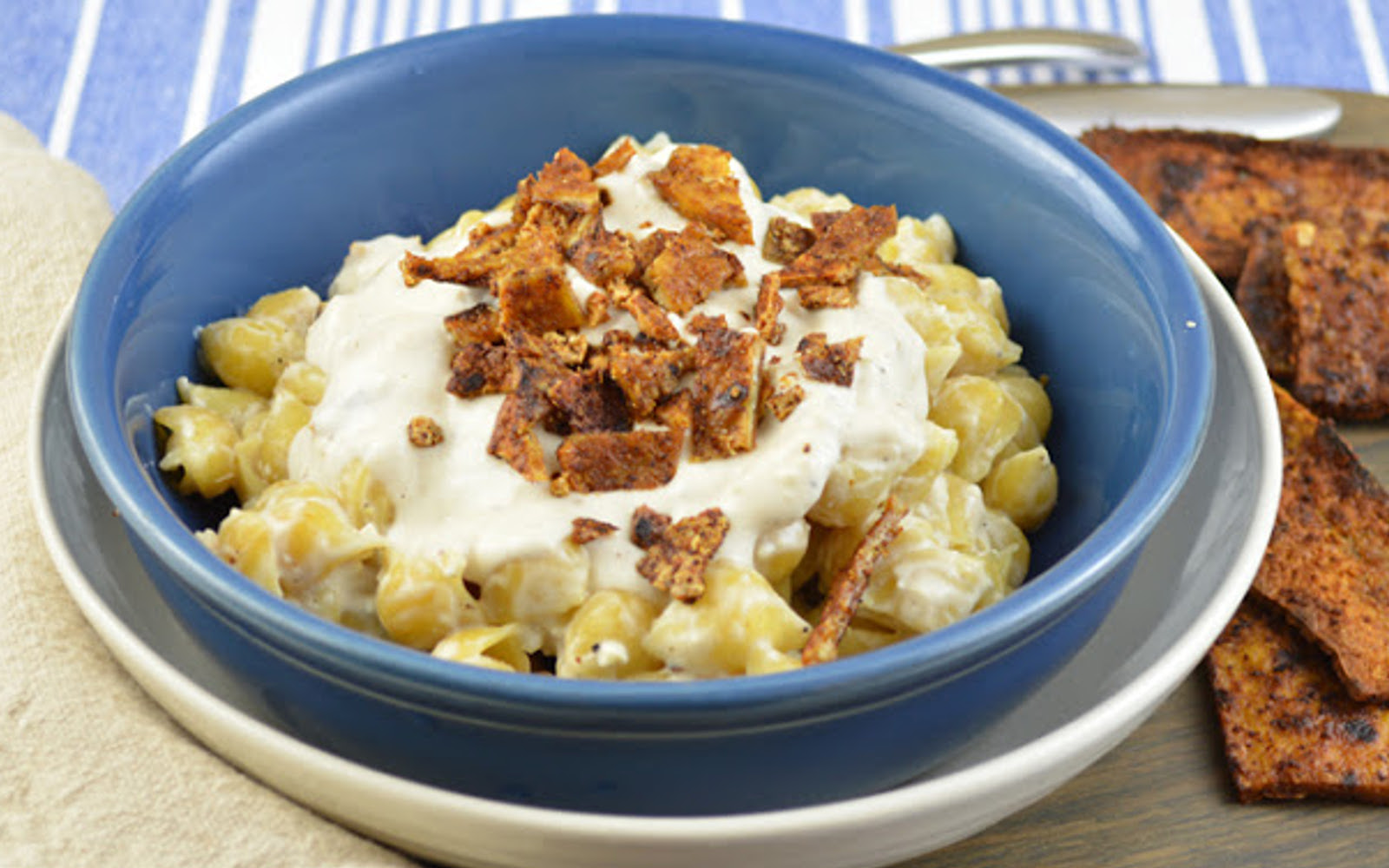 Turos csusza, a traditional Hungarian recipe, basically translates to "cheese pasta." The original recipe consists of pasta made with a sauce of quark cheese, sour cream, and bacon. This version substitutes the quark cheese with mashed tofu and vegan cream cheese, vegan sour cream, and any kind of vegan bacon, like tempeh or tofu bacon. It's super easy to throw together and best served with salt and plenty of black pepper.

Everyday family eats inspired by cuisines all across the globe.

Zsu Dever is the author of the cookbooks, Aquafaba, Vegan Bowls and Everyday Vegan Eats: Family Favorites from My Kitchen to Yours. She is a vegan mother of three teenagers and three adopted kitties. She resides in San Diego, CA, where she enjoys photography, recipe development, nature and blogging at Zsu's Vegan Pantry.