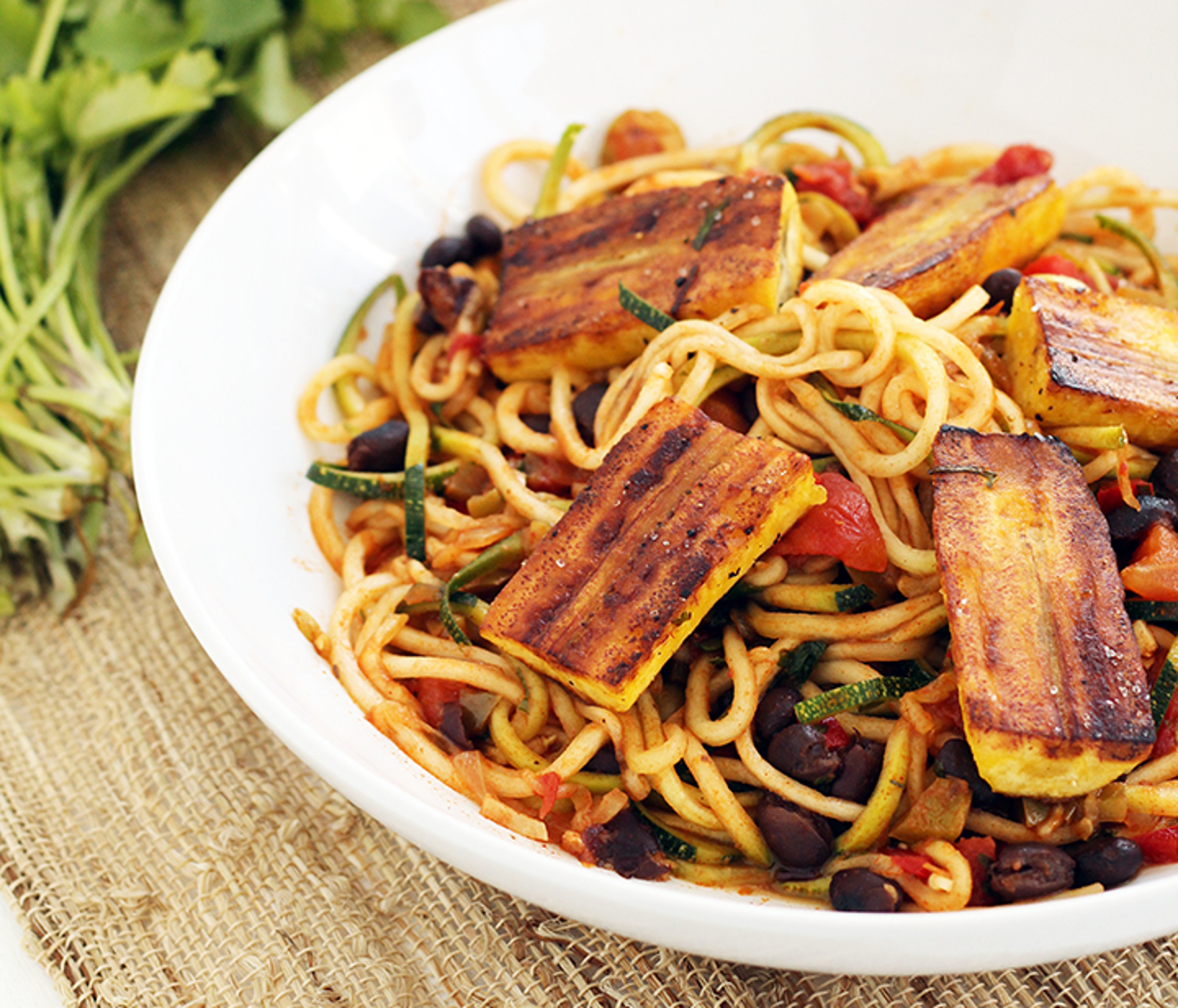 This bowl of zucchini pasta with sofrito sauce is so easy to make and packed with flavor and smells that’ll sneak up your nose and put a smile on your face. It’s satisfying, interesting, and much different than a traditional Italian pasta sauce. Unlike a traditional Italian tomato sauce, sofrito is made of yellow onions and red and green peppers. I tossed in some chopped manzanilla olives for saltiness and spiced it up with smoked paprika and gave it a delectable aroma with some chopped cilantro. Oh, and the plantains. I really tried my hardest not to fry the plantains, but I couldn't resist. I only used a half tablespoon of olive oil, so I call that “lightly fried.” I chose plantains that were green but ripe and soft, so they were slightly sweet. Once fried in the olive oil with some salt and pepper, their sugars popped through and when topped on the savory and spiced zucchini pasta, they tasted fantastic.