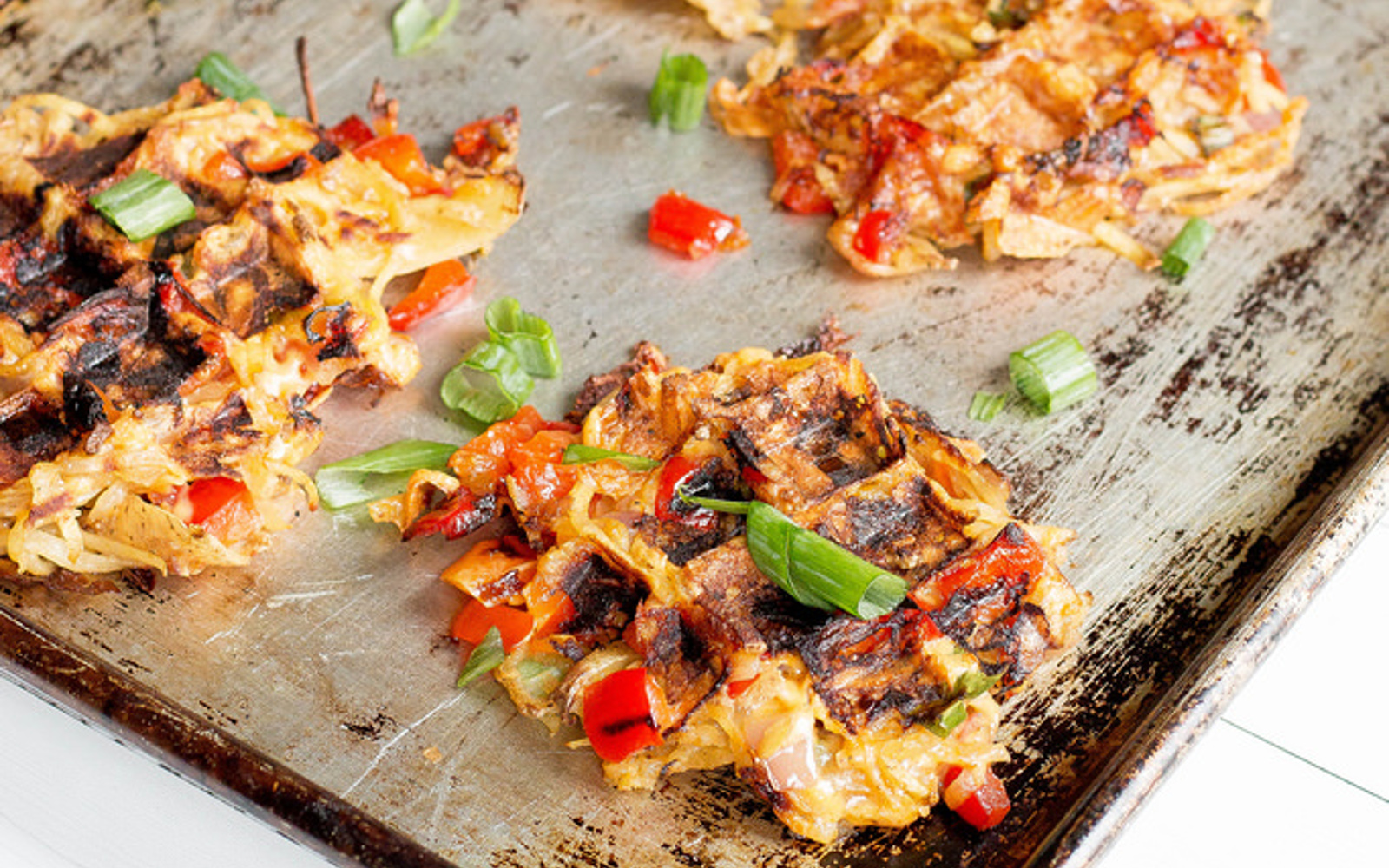 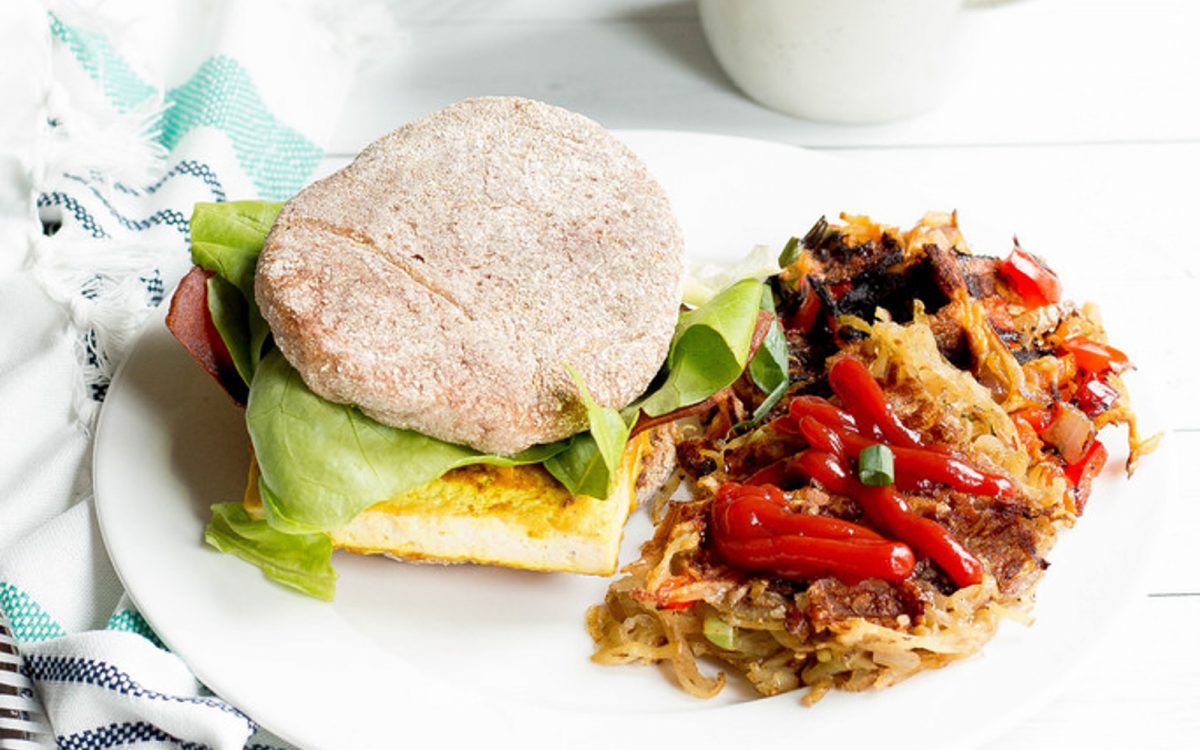 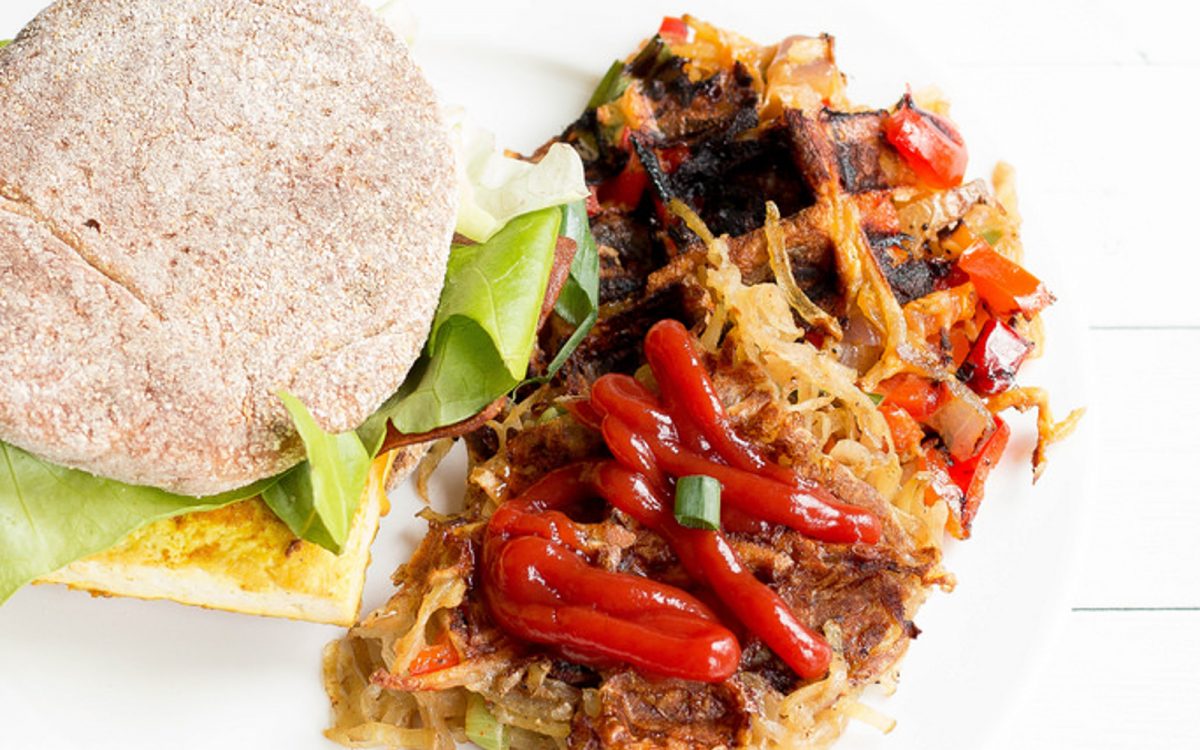 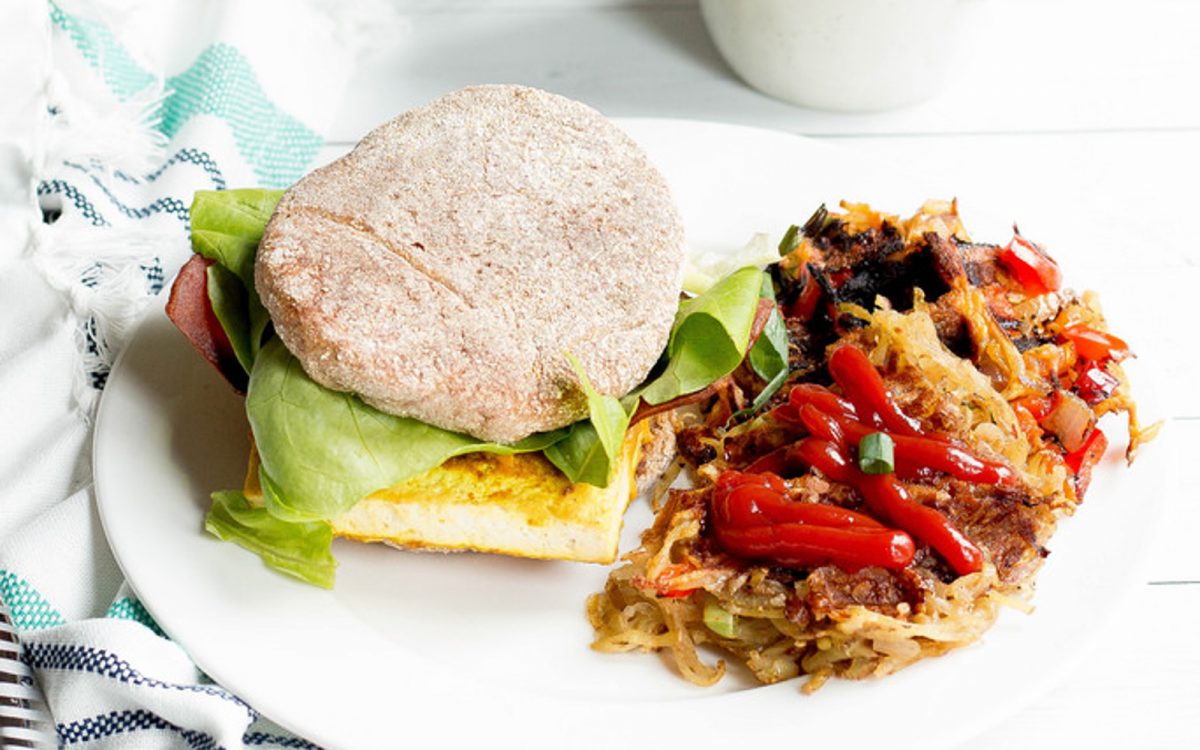 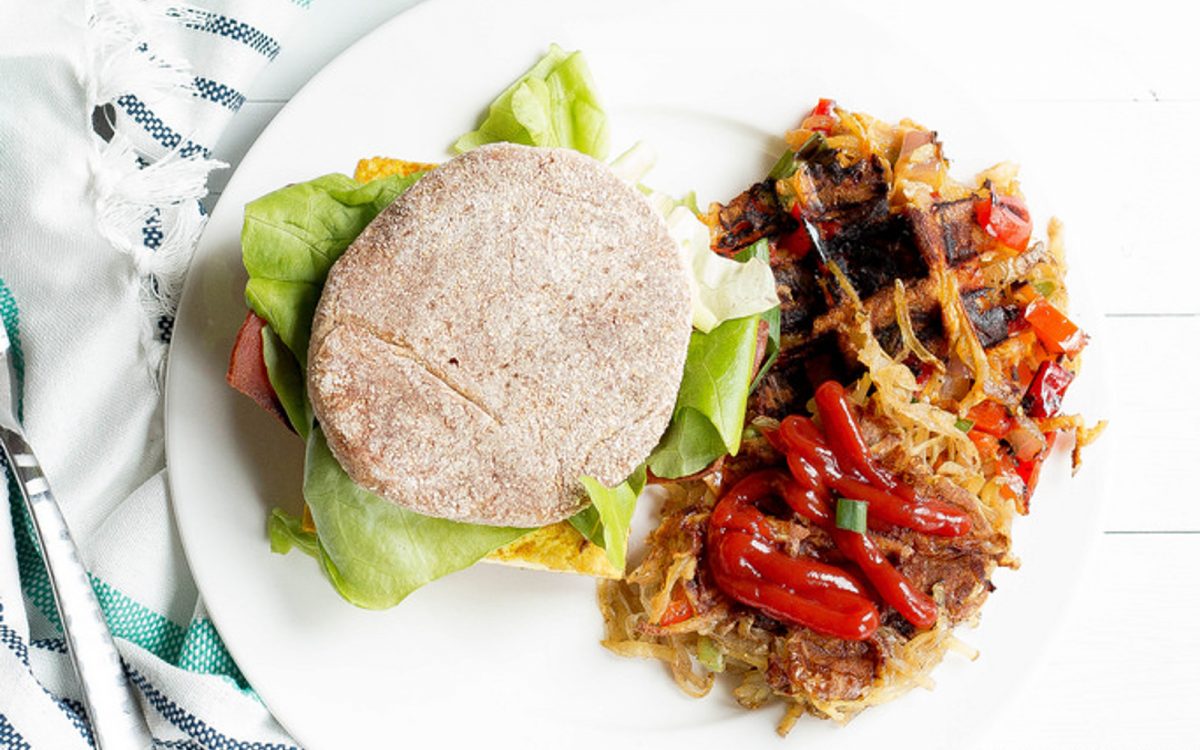 These loaded hash browns combine two of the most beloved breakfast items: hash browns and waffles. First, potatoes are shredded and combined with diced red pepper and onion, green onions, shredded cheese, and plenty of seasoning. Then the savory mixture is loaded into a waffle iron and pressed into glorious waffle form. Top these with anything you want – we suggest vegan sour cream, salsa, bacon bits, and extra green onions. Yum!

Per Serving: Calories: 91 | Carbs: 16 g | Fat: 2 g | Protein: 2 g | Sodium: 98 mg | Sugar: 2 g Calculation not including optional toppings. Note: The information shown is based on available ingredients and preparation. It should not be considered a substitute for a professional nutritionist’s advice.

Heather Poire, the creator, recipe developer & photographer behind the blog Sunday Morning Banana Pancakes, has a passion for sharing with the world how tasty and amazing vegan food can be with an emphasis on supporting local farms & businesses. Heather's work and photography can be seen in VegNews Magazine, Take Stock Magazine, Chickpea Magazine, in addition to several online publications