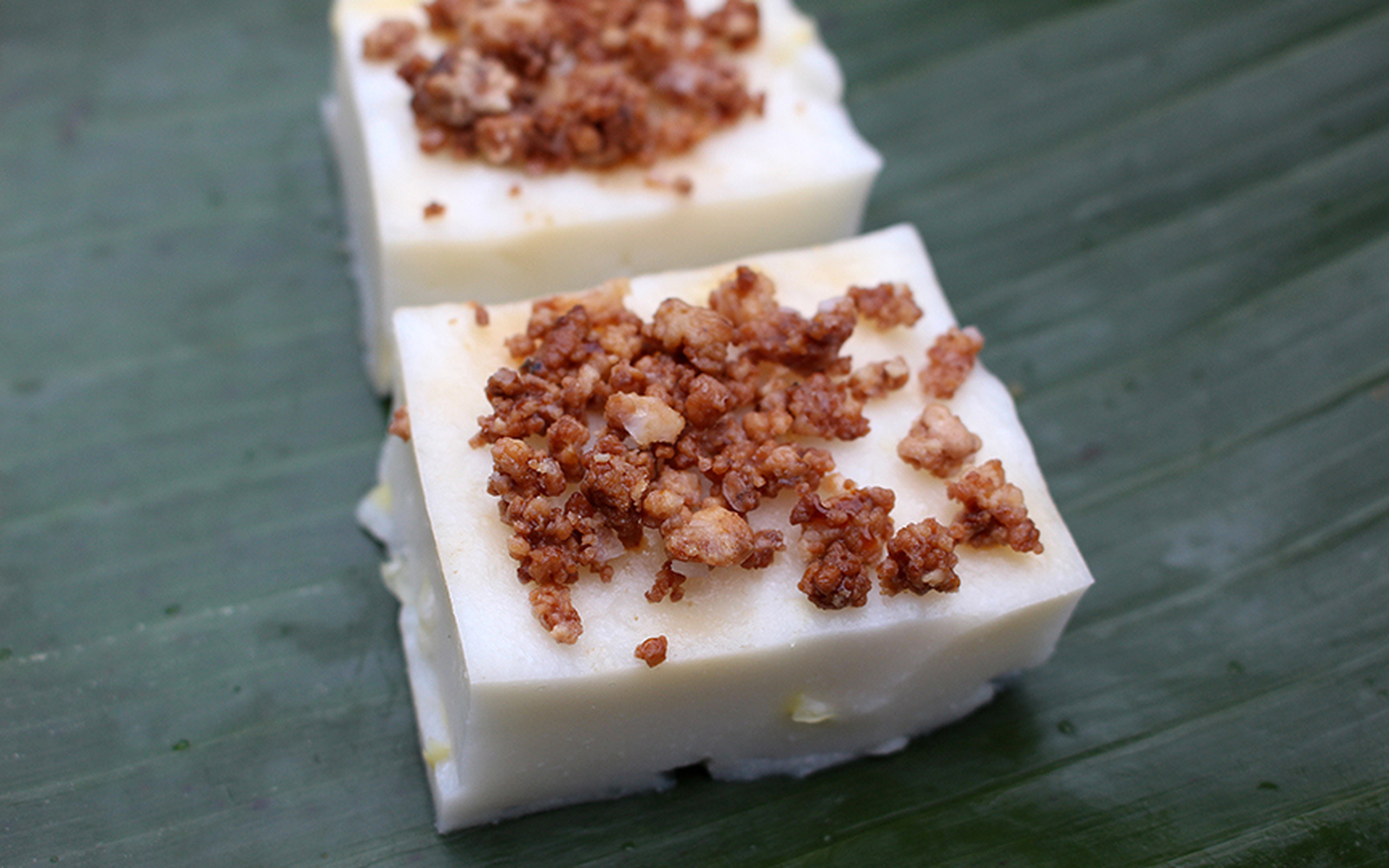 Maja Blanca is a Filipino dessert made mainly of coconut and sweet corn. It’s light yet rich, creamy, and sweet.

You may use fresh or canned coconut milk. I used coconut milk made from scratch which produced better flavor, but I also understand it’s more convenient to use canned coconut milk. I’ll leave it up to you. Traditionally, Maja Blanca calls for yellow sweet corn but white corn works fine as long as you cook it thoroughly so it will not have much bite. The amount of corn starch needed may differ from brand to brand. You may need only 3/4 cup or you may need 4 cups! Rule of thumb is to keep adding the corn starch mixture bit by bit to the coconut milk so you could control the consistency. The goal is to have a thick paste. If you end up adding a lot more corn starch than anticipated, add more sugar to adjust the flavor.

Total Calories: | Total Carbs: 2954 g | Total Fat: 605 g | Total Protein: 56 g | Total Sodium: 473 mg | Total Sugar: 497 g Note: The information shown is based on available ingredients and preparation. It should not be considered a substitute for a professional nutritionist’s advice.

"Astig" is a Tagalog word for tough, unique, or gutsy. RG Enriquez at Astig Vegan looks at vegan Filipino food as something "Astig." Born and raised in Bacoor Cavite, Philippines, RG would help her mom cook traditional Filipino food for the entire family. Although she doesn't consume animal products anymore, she didn't want to give up on the food that she loved so much as a kid so she launched her own blog.