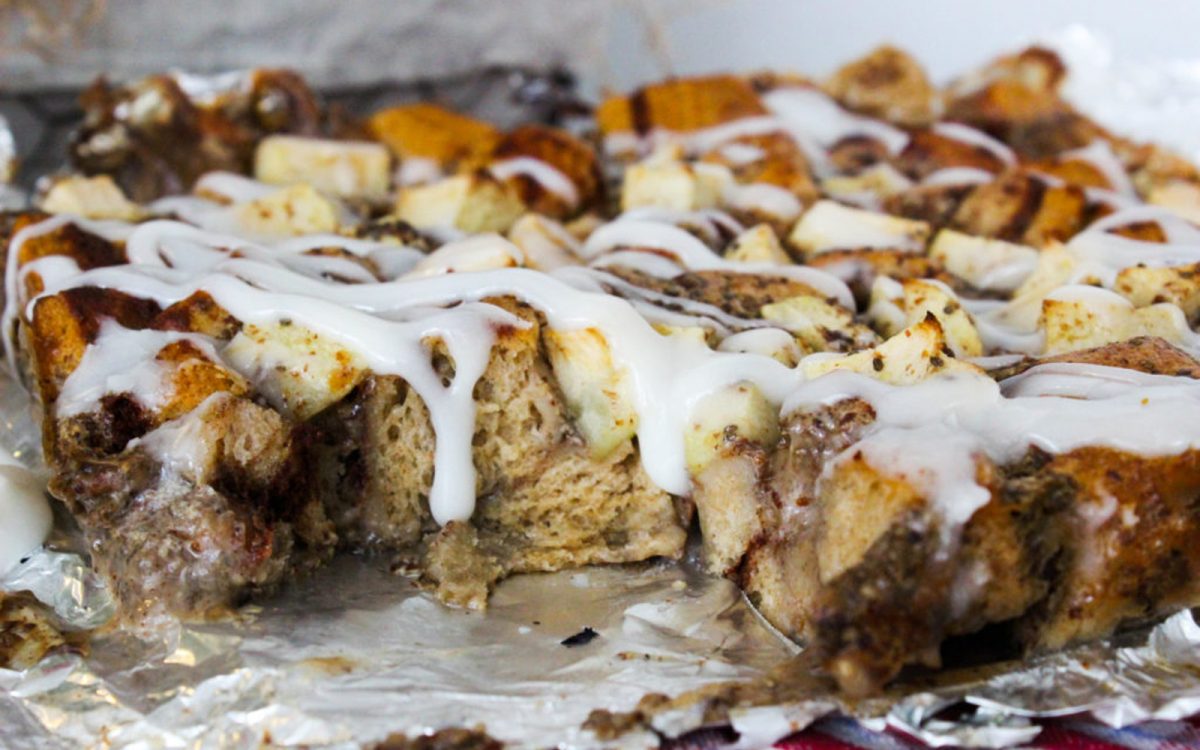 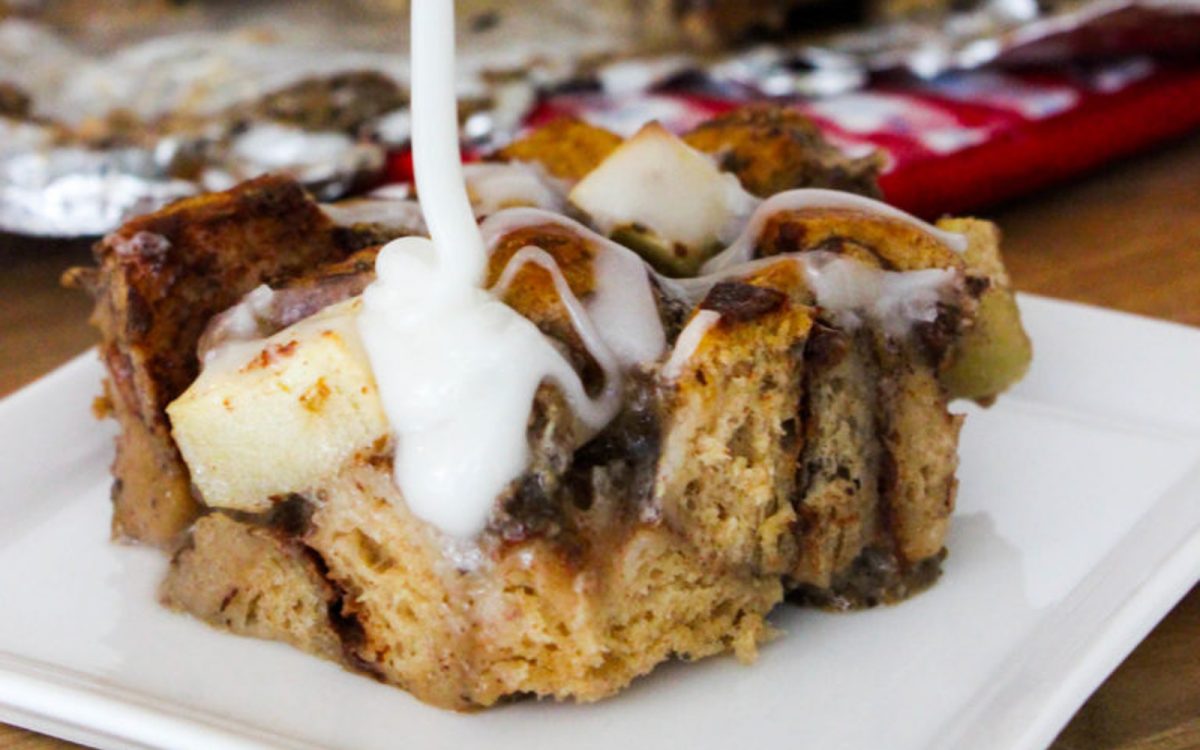 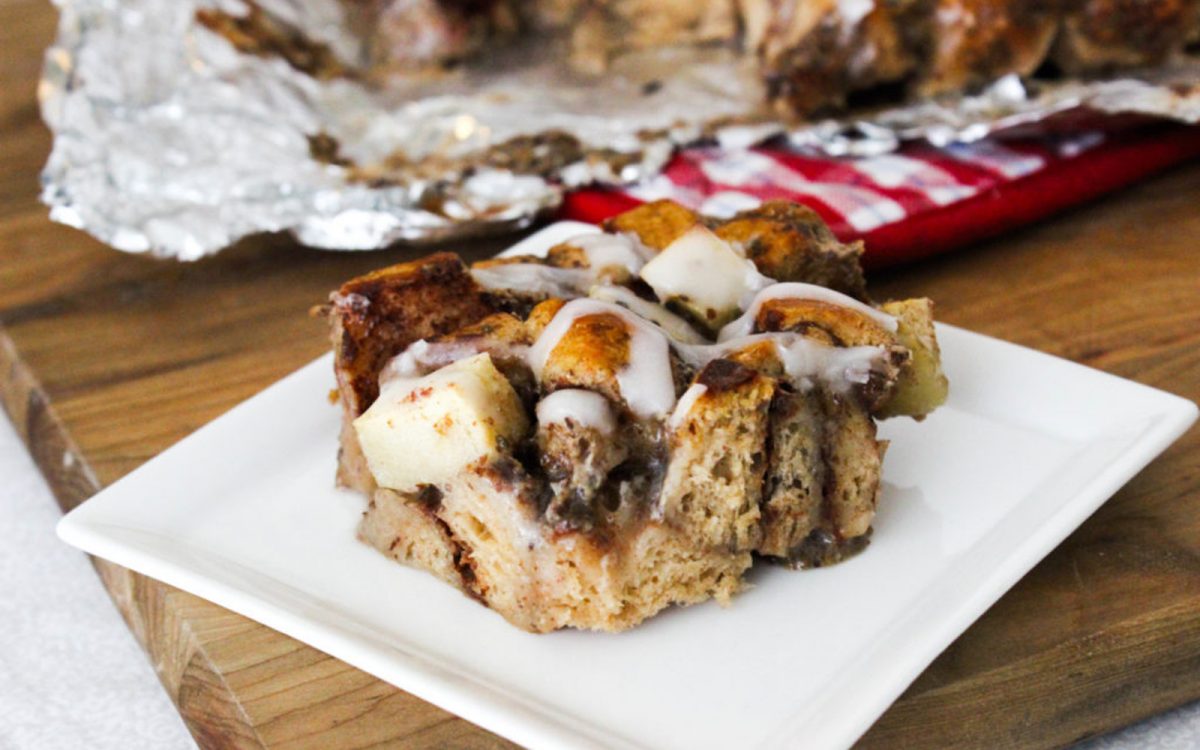 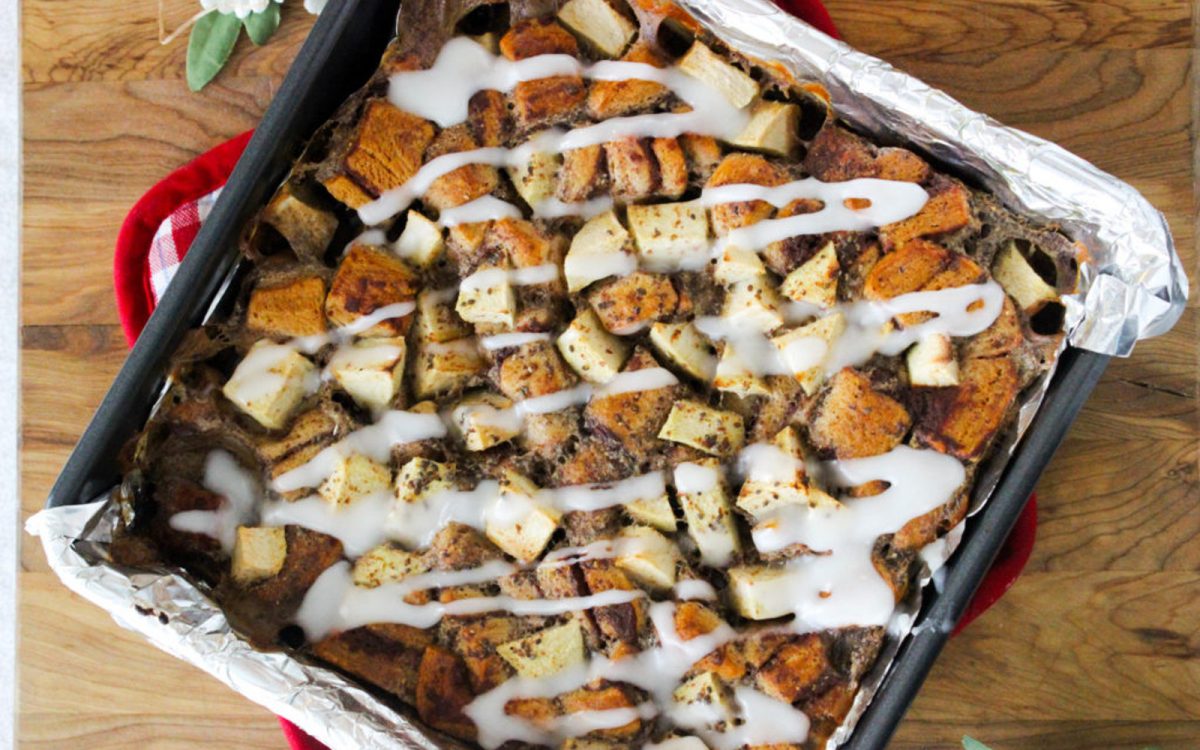 This cinnamon roll bread pudding is delicious and surprisingly easy to make. Simply chop up some store-bought cinnamon roll dough into little pieces along with an apple, add some non-dairy milk, maple, cinnamon, and vanilla, and bake! This moist, decadent bread pudding is lovely for a sweet brunch or in individual ramekins to serve as a dessert with vegan ice cream. Yum!

Kristen Genton is the blogger behind Good Habits and Guilty Pleasures. Growing up overseas in 7 different countries has definitely shaped her taste buds to be anything but ordinary as she creates recipes that are wholesome, healthy, and flavorful. After switching careers to pursue her passion for food by attending culinary school, Kristen has taken the next step by deciding to live a plant based lifestyle and wants to share her creations with the world. Her goal is to show that vegans can have incredibly delicious and nutrient dense foods that both promote your good habits and satisfy your guilty pleasures!