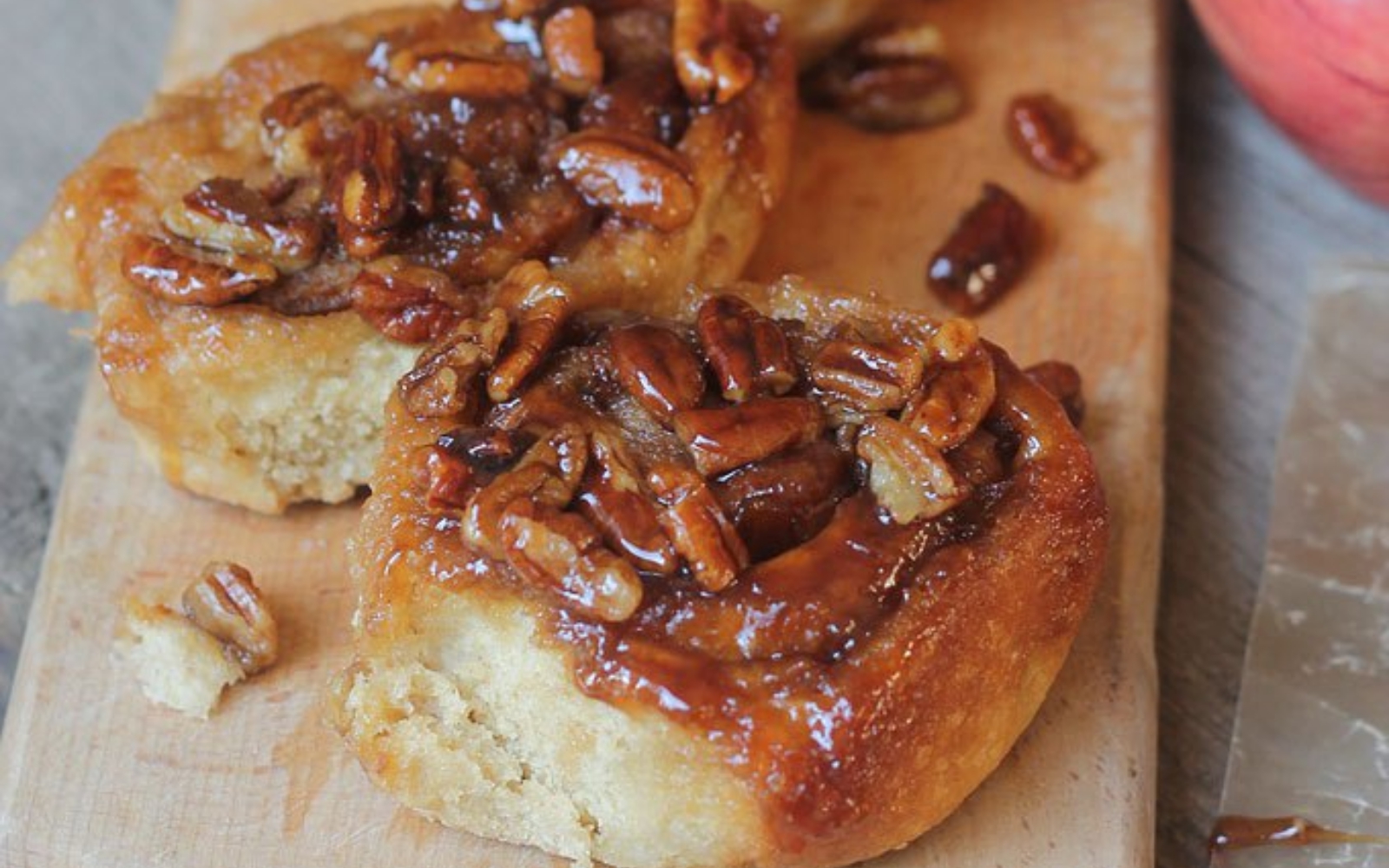 For the Glaze Topping:

Per Serving: Calories: 314 | Carbs: 39g | Fat: 17g | Protein: 4g | Sodium: 17mg | Sugar: 173g Note: The information shown is based on available ingredients and preparation. It should not be considered a substitute for a professional nutritionist’s advice.

Hello, I’m Celeste, a Lacto-Ovo vegetarian who loves to run, cook and eat good wholesome food. I'm the face behind The Whole Serving, a blog about celebrating and enjoying whole foods that nourish the body and not feeling bad about eating The Whole Serving!