Known commonly as the Jerusalem artichoke, sunchokes have been on our radar for some time. Not only are these thin-skin root vegetables relatively easy to handle and quick to cook, but they’re also a versatile, healthy ingredient in the kitchen that can elevate your winter cooking with minimal effort.

Native to eastern North America, the sunchoke, which is in season from early fall through spring, is a species of sunflower that actually has no ties to Jerusalem, and doesn’t taste much like an artichoke at all — rather, the knobbly root vegetable has a nutty flavor profile, and looks more like a ginger root than a spiky, leafy artichoke. Read on to learn more about the nutritional benefits of sunchokes, and how to use them in your kitchen. 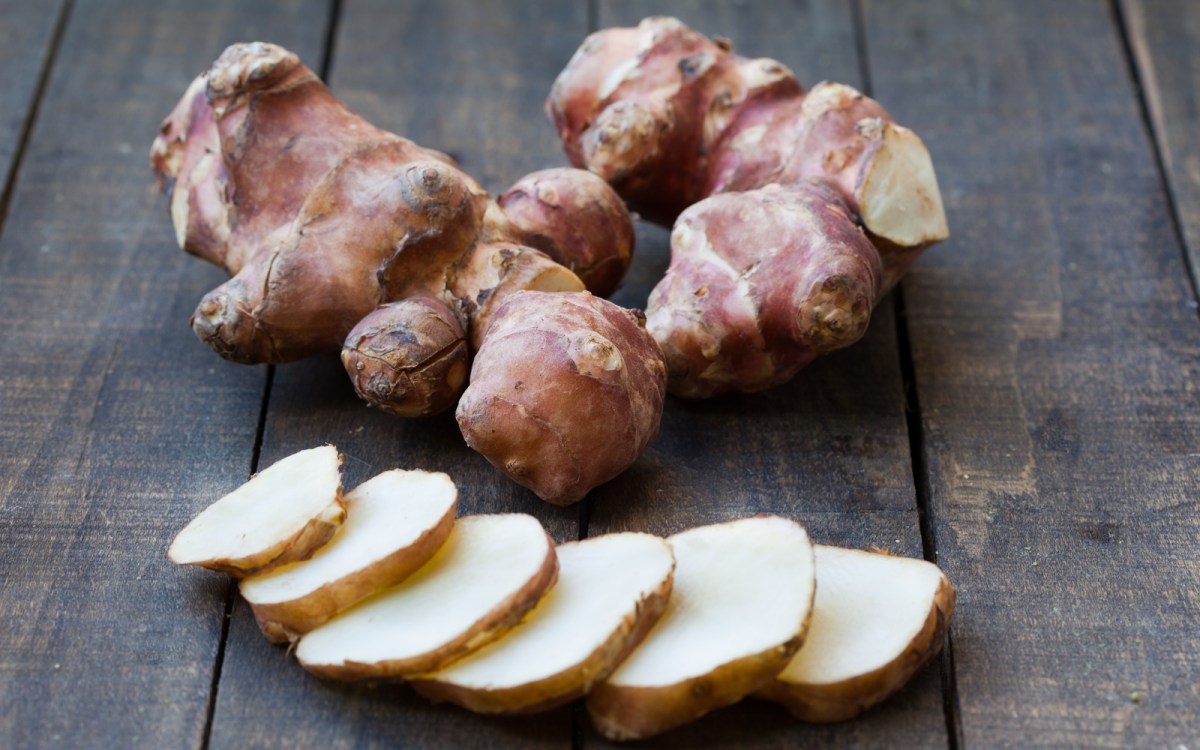 Not only are sunchokes low in calories and high in dietary fiber (3.5 ounces will earn you 73 calories and 1.6 grams of fiber) but they’re commonly referred to as “the potato of diabetics” because the only source of carbohydrates in sunchokes is inulin,  a soluble plant fiber that acts like a prebiotic and improves gut health.

Additionally, sunchokes are high in both iron and potassium, and thus will provide you with lots of plant-powered energy and fuel.

How to Buy and Store Sunchokes 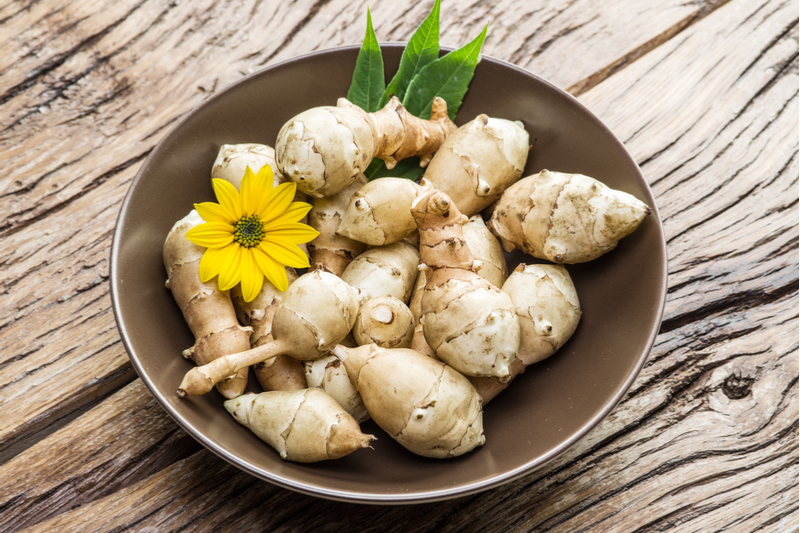 Sunchokes are available year-round but are at their peak from the late fall through spring — which means we’re in peak sunchoke season right now.

The flower of the sunchoke plant can grow up to 10 feet high, but you should be on the hunt for a bumpy, smaller root vegetable when you go to your local farmers market or specialty grocery store. You might not have much luck finding them at your standard supermarket, although they are growing in popularity, so you might find sunchoke at a place like Whole Foods. Thin-skinned and ranging in color from light beige to tan, sunchokes look like a cross between a potato and a ginger root but have knobby “eyes” just like potatoes do. Make sure to choose a smooth and firm sunchoke, rather than one that feels wrinkled, dry, and withered.

You can store sunchokes on your counter for up to a week, or refrigerate them for up to three weeks. 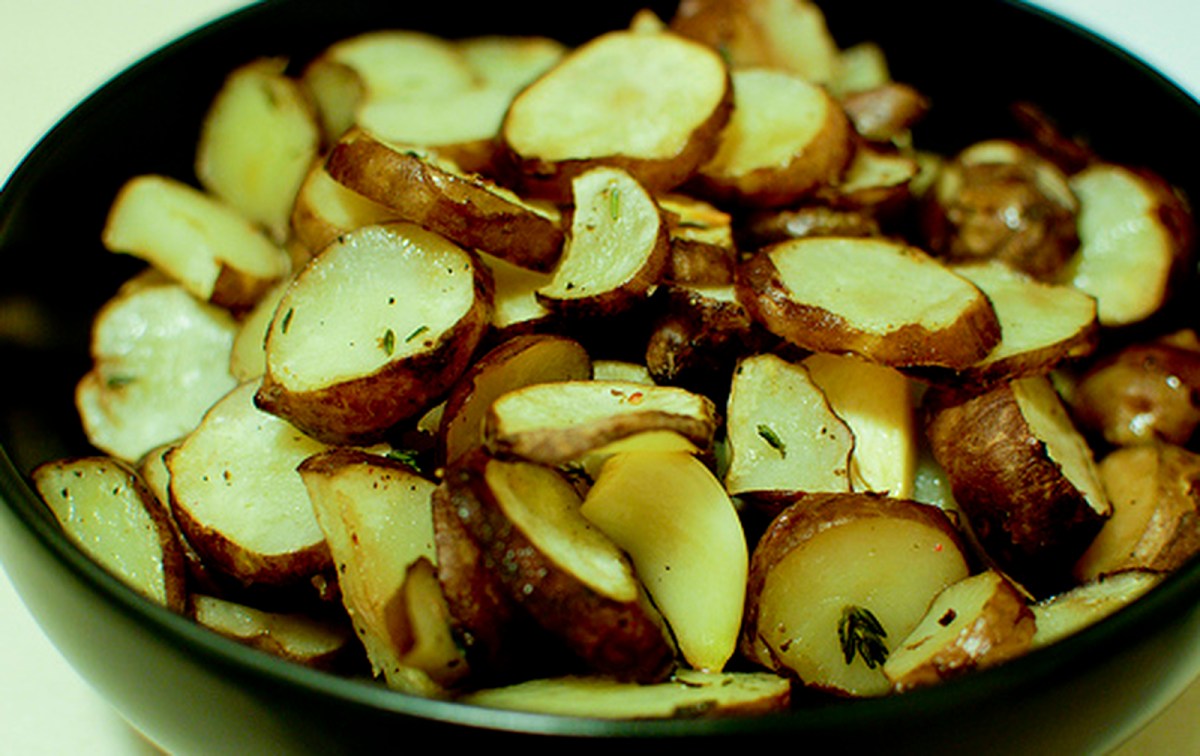 Nutty, slightly sweet, and satisfying, sunchokes have a crispy, almost water chestnut-like texture, and can be prepared and consumed in a variety of ways. While you can certainly eat their skin, make sure to give them a good scrubbing to remove any dirt that may be lingering.

Sunchokes can be eaten raw (a particularly popular preparation of raw sunchokes is to slice them on a mandolin and use thin shreds to liven up a plant-based salad — think of it almost as a substitute for jicama), boiled, roasted, sautéed, pickled, puréed into soups, and more.

You can boil sunchokes (no need to peel) until they’re soft in water, typically for about 10 to 15 minutes. If you want to speed the process up, feel free to chop them up first, much like you would potatoes.

For crispier skin, you can blanch your sunchokes in heavily salted water for four to five minutes, drain them, toss them with your favorite oil, and then roast them at 450°F — this method will give you crispy fried skins and delightfully warm, soft sunchoke flesh.

The key to pickling sunchokes is to cut them up into small pieces (we’re talking a half-inch piece or smaller). Any larger, and you’re running the risk of achieving mushy pickled sunchoke slices rather than crunchy, tangy ones. Read more about Foods You Can Pickle and How – It’s Easy! 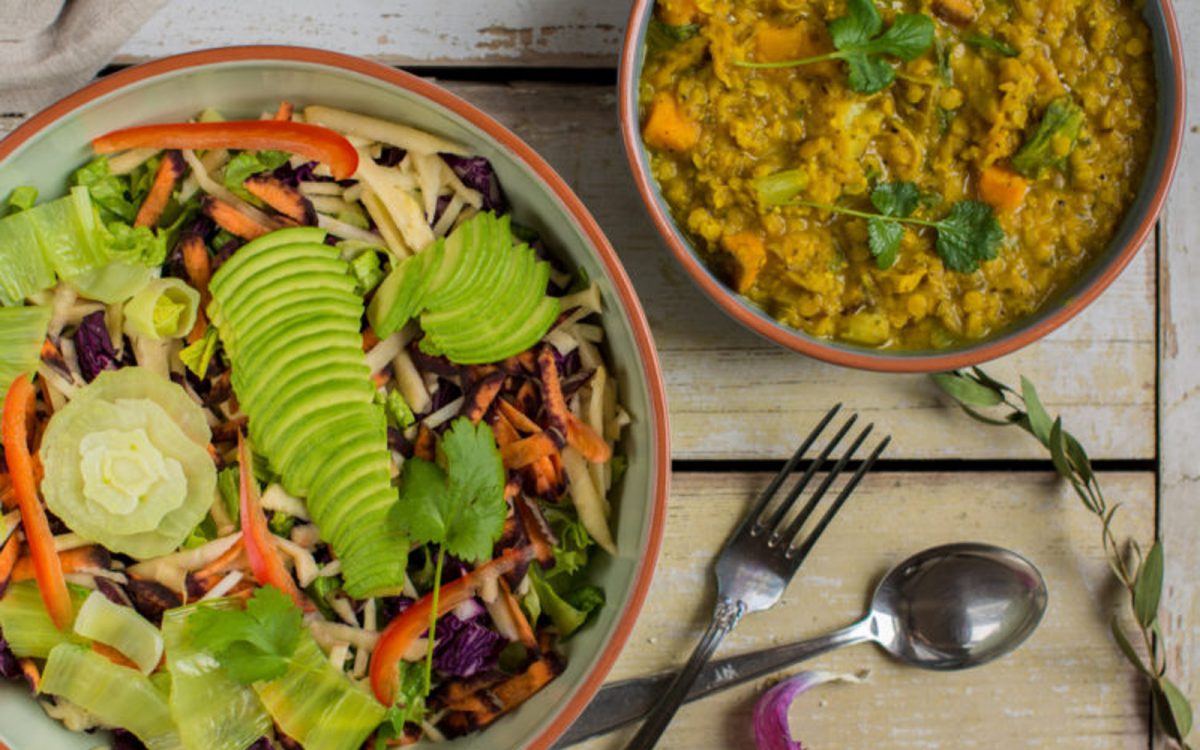 Start off your culinary foray into the world of sunchokes by giving these root vegetables a good roasting. This recipe for Easy Roasted Sunchokes yields a final dish that is both buttery and nutty in flavor, while this recipe for Roasted Jerusalem Artichokes With Braised Garlicky Kale is for people who enjoy a variety of tastes, textures, and colors in one dish.

You can make sunchokes into a soup, like in this light and flavorful recipe for Creamy Asparagus and Sunchoke Soup, or this recipe for Jerusalem Artichoke Soup With Truffle Oil.

Try using your food processor to blitz sunchokes into an ultra-creamy and rich plant-based sauce, like in this recipe for Maple-Orange Carrots With Sunchoke Cream, or pair them alongside lentils to make this hearty Curried Red Lentil Dal With Sunchoke, pictured above.

For more, make sure to Celebrate Root Veggie With These 31 Root-Veg Recipes and then check out these 8 Perennial Plants for the Veggie Patch: They Just Keep Coming Back!

We also highly recommend downloading our Food Monster App, which is available for both Android and iPhone, and can also be found on Instagram and Facebook. The app has more than 10,000 plant-based, allergy-friendly recipes, and subscribers gain access to ten new recipes per day. Check it out!