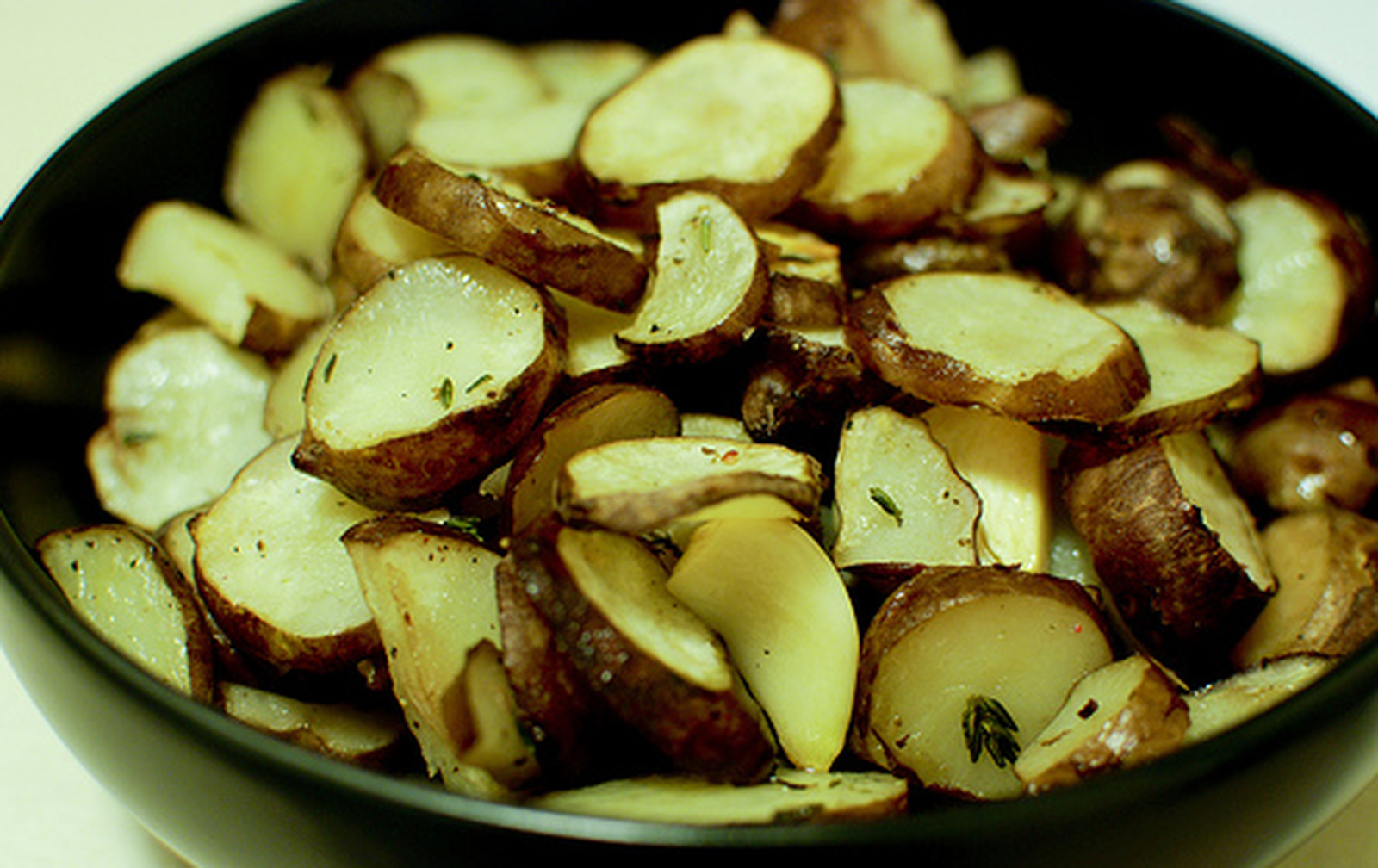 Sunchokes, also known as Jerusalem artichokes, are actually a part of the sunflower family! This knobby little tuber almost looks like a ginger root, but they taste like a cross between a delicious, buttery artichoke and a potato. In short, if you haven't tried them, I'd highly recommend them! If you're looking to buy them locally, they're apparently native to the Eastern United States. The color on the skin can vary from brown to red, or even purple. Ours were red, which I've read have a more buttery, nutty flavor than those with light brown skins. In this recipe, they are roasted to perfection with garlic, thyme, and olive oil.

For easy clean up, I like to line my pan with parchment paper. You can also use dried herbs instead of fresh. When preparing these for the second time around, I used 1/4 teaspoon dried thyme and 1/2 teaspoon dried rosemary. I also mixed things up: using about half red sunchokes and half brown. I thought they were equally delicious!

I am a blogger, photographer, and art conservator happily living and working in Brooklyn. I started eating a plant-based diet nearly 10 years ago for my own health and well-being and quickly developed a passion for cooking. I enjoy sharing my love of food through photos and recipes on my blog, Little Vegan Eats. I focus on delicious, affordable, and easy recipes, and love experimenting in the kitchen!