Preserving Our Food Without Additives: 5 Natural Ingredients That Work Better 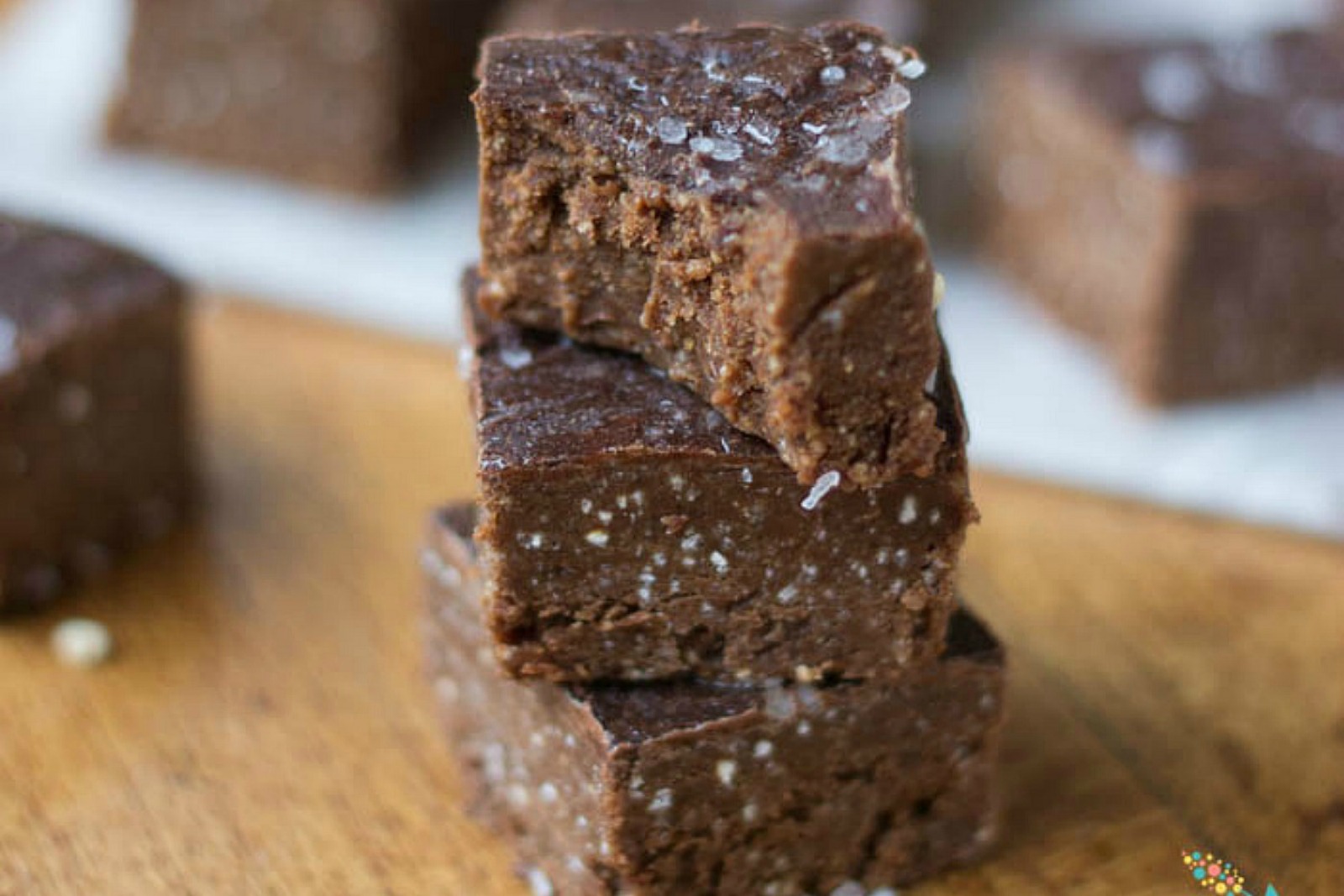 One look at most processed foods on store shelves will have you running the other way if you’re concerned about your health and using food to fuel it. Which is smart. The average box of cereal, granola bars, cookies, chips, dip, spreads, and even some non-dairy milks and frozen desserts contains at least five to 10 ingredients we can’t even pronounce or at least have no idea what they are. Whether they’re gums, stabilizers, emulsifiers, taste enhancers, or preservatives, foods made in a chemical lab are lurking with suspicion. Not all processed foods are bad, of course. The jar of simple almond or peanut butter, the plant-based milk with five or less ingredients you actually know what they mean, and the tin of salsa or hummus made with real, whole foods. Processed doesn’t have to equal evil, but when it comes to the group of preservatives, you should be extremely cautious with what they are and how much of them you’re eating. 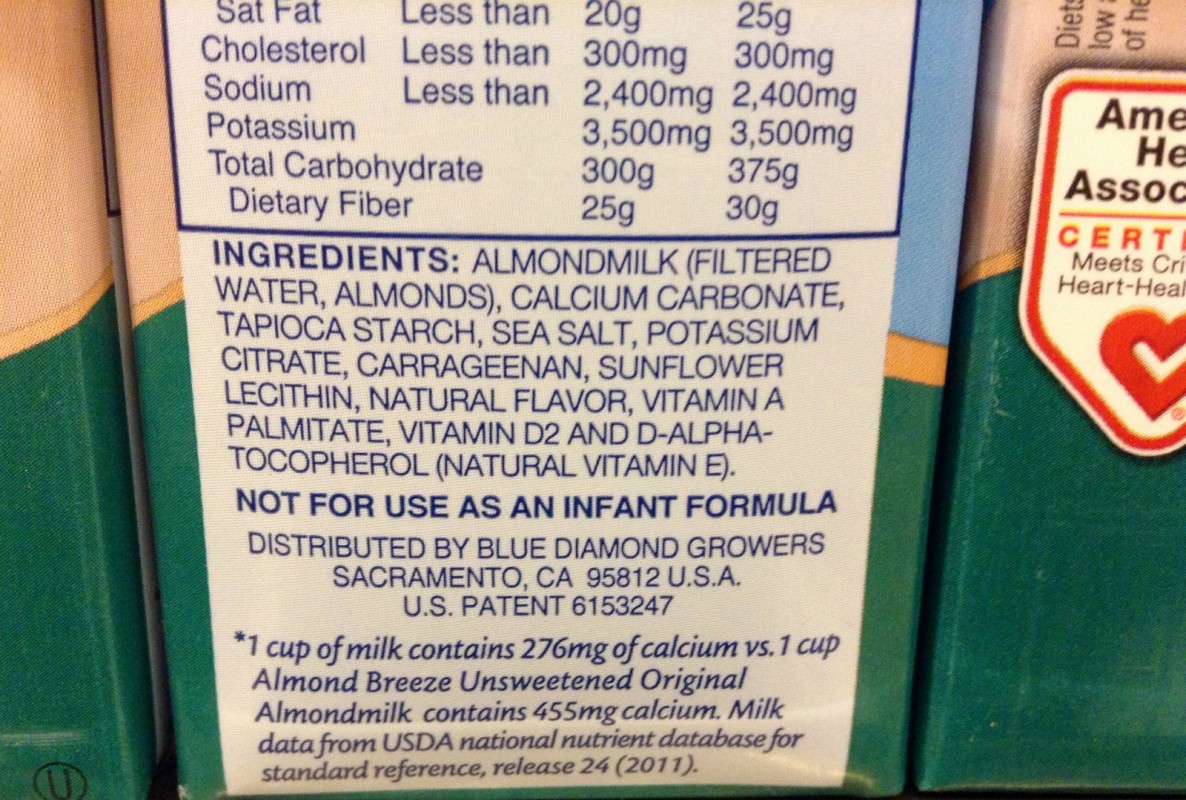 First though, what are the main preservatives used in processed foods?

Sea salt and salt are two of the most common. These are harmless in small amounts, however, the problem is that they’re relied on too heavily which is why so many processed foods are high in sodium and cause high blood pressure. It’s a nice rule of thumb not to use (or even buy) any processed food that contains over 200 milligrams of sodium per serving. The daily limit is 1400, but that’s pushing it if you want a healthy heart. Plus, you actually get most of your sodium from whole foods which have more than you would think. Processed options shouldn’t make up the bulk of your sodium intake. However, salt isn’t the only preservative. Other common ones include BHA and BHT (neurotoxic chemicals also linked to hormone problems and mood disorders), citric acid that’s typically derived from yeast—not the good kind, mind you—or they contain MSG, nitrites and nitrates, sulfur dioxide and potassium bromate … all linked to severe health conditions and negative side effects.

And the real kicker? You don’t even need any of them to preserve your food.

How to Preserve Food Naturally

Nature gave us real food to preserve other foods the simple way, in a much healthier fashion. Preserving our food helps keep leftovers fresh, keeps items from spoiling more quickly, and many can prevent bacteria from developing, even if they just sit a day in the fridge. 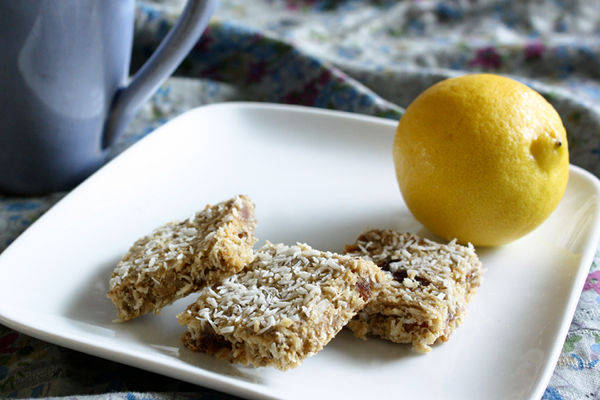 Lemons are a natural source of citric acid, a fantastic preservative found in their peel and flesh, but not the kind you find in store-bought items that is derived from yeast (or even chemicals which you won’t know because they don’t list the source). Lemons are a fantastic anti-bacterial food too, but you’ll need to be sure the lemons you buy are fresh and not fixing to spoil. Keep your lemons in the fridge regardless that the store sells them outside of the cold section in the produce department. The colder they stay, the longer they’ll keep; just don’t put them in the produce drawer unless you have it set to a fruit crisp setting. They store fine on a middle shelf in the fridge. To use them to preserve your food, squeeze them into cold dishes or on top of items right after you cook them. A few things they work well in: salads, dressings (here’s my favorite), entrees you serve chilled, a dip or spread, overnight oats or breakfast bars, and even energy balls and bites (try it!). 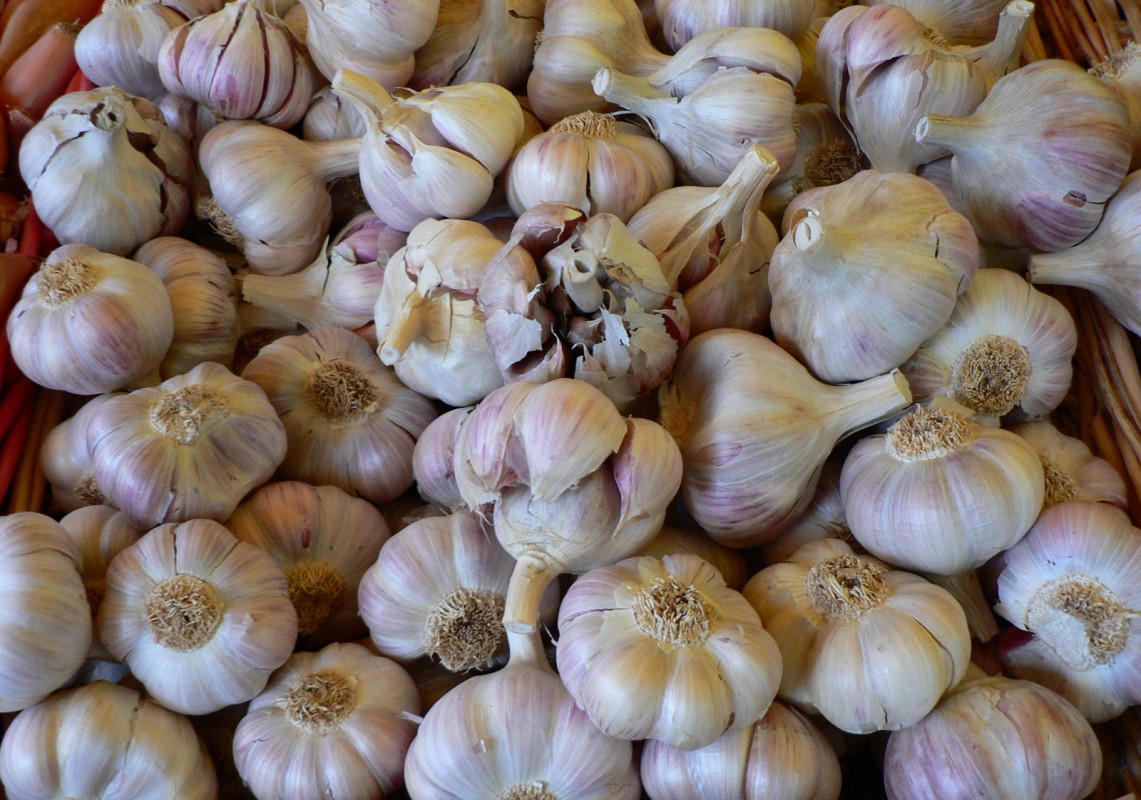 Garlic is a potent anti-viral food that’s incredibly well at fighting bacteria—both in your body and in food. Using a whole clove or minced garlic in a soup, dressing, an entree, a dip, or anything else will help ward off harmful bacteria to prevent it spoiling quicker. As an added bonus, it’s a cheap instant upgrade to make anything taste better too. 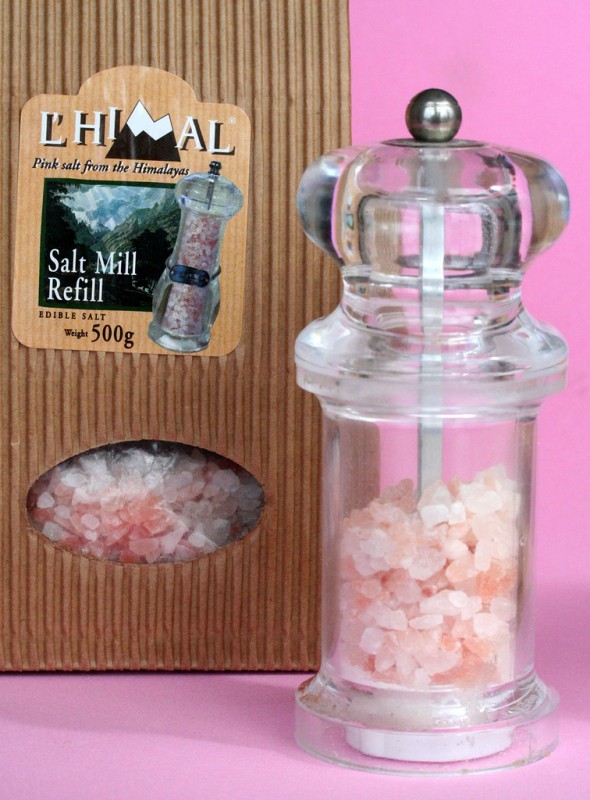 This salt is a special one; it is considered a raw salt because it’s produced through a mill and doesn’t undergo the harsh refinement of regular sea salts you find at the store. Because it is still pink when you purchase it (often in a grinder), it’s also mineral-rich and a fantastic alkalizing food, yet actually improves stomach acid levels needed for digestion. Using just a tiny grind or pinch (very small) will help preserve your food in a much healthier way. It’s also one of the most effective, most delicious ways to add flavor to your foods with hardly any salt at all. Use it in anything; it’s especially delicious in desserts (try this healthy fudge or lemon dessert cups!), dips, dressing, spreads, healthy pasta dishes, soups, and in all vegetable dishes like root veggies with a side of sauteed kale, collards, or broccoli. 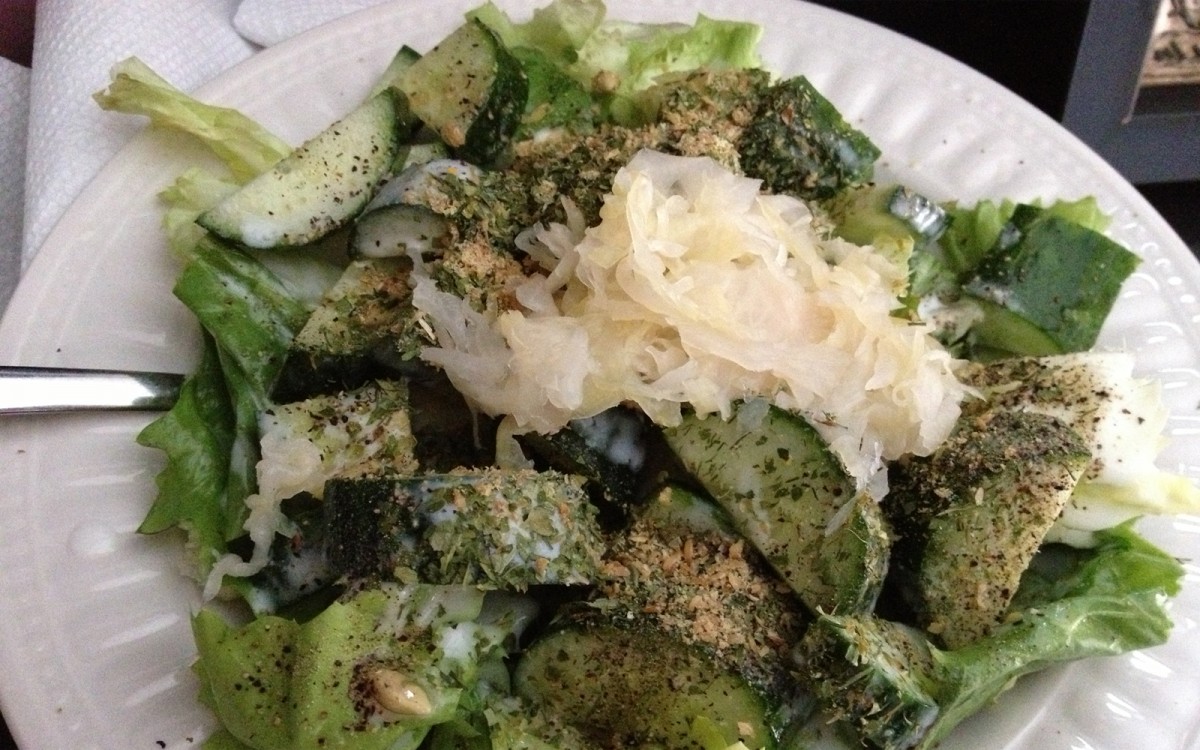 Fermented foods are nature’s most miraculous preservatives! They’re rich in probiotics and aid in gut health, but also help fight bad bacteria and can help your foods keep longer. One cool way to use them is as a flavoring option: add sauerkraut to a cold dish like a salad, or kimchi to a mock tuna salad. Use miso in a salad dressing, tempeh or a soup, use coconut kefir to help your smoothies keep for an extra day or two in the fridge, or use a bit of coconut yogurt to make overnight oats for the whole week and don’t worry with them spoiling. Though they won’t make your dishes last forever, fermented foods are a great, simple way to add flavor to a meal and ensure they don’t get thrown out too quickly. 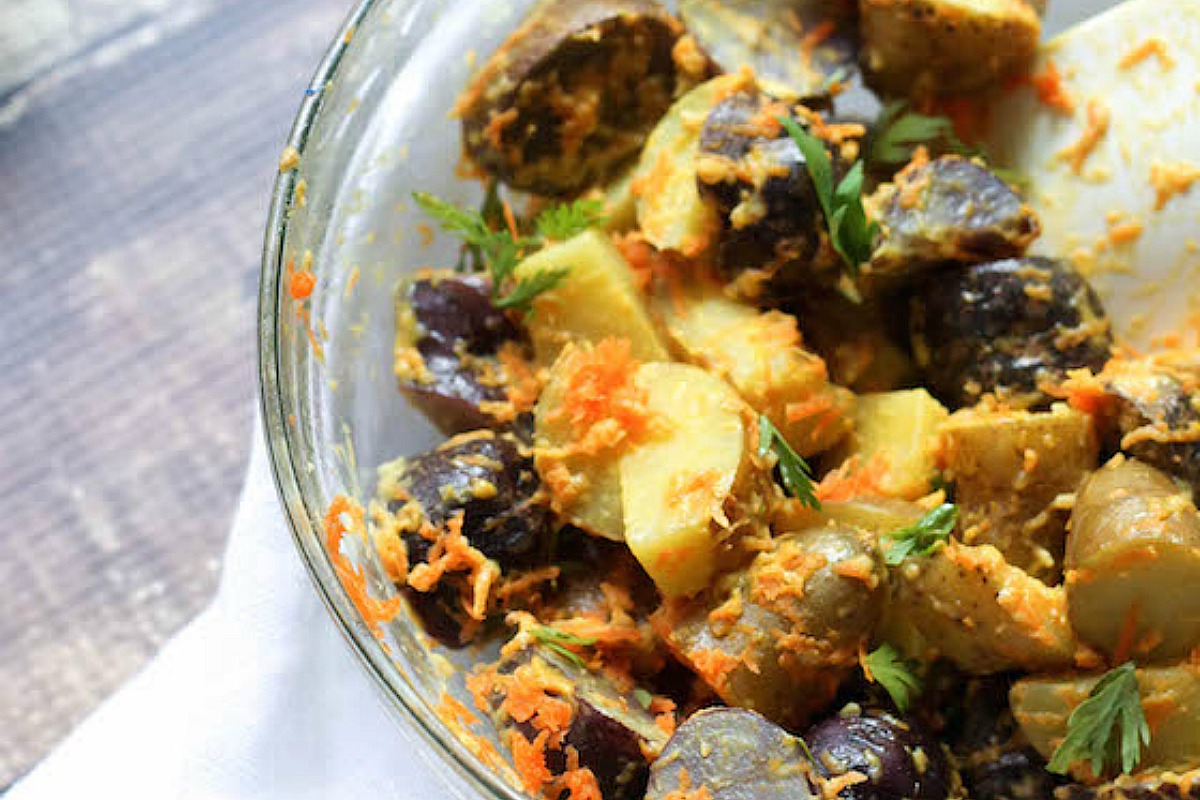 Possibly the most surprising of all, are spicy foods. Cayenne, hot sauce and mustard are three of the best natural foods that will help your foods keep longer. Mustard and hot sauce have the added benefits of containing vinegar, another natural preservative, but cayenne is also effective. Spicy foods have been shown to fight bacteria, which may be one reason why they’re so good for us outside of the metabolism-boosting benefits. Add a little of them whenever you can; they taste delicious in many things from entrees, to dips, dressings, and don’t be afraid to add a sprinkle of cayenne to a dessert or even a smoothie; it gives it a touch of spice and enhances the tastes of chocolate!

Ditch the boxed stuff and go for real foods when you can. They were meant to benefit us, so let’s take full potential of the opportunity, save money, eat better, and get healthier too.