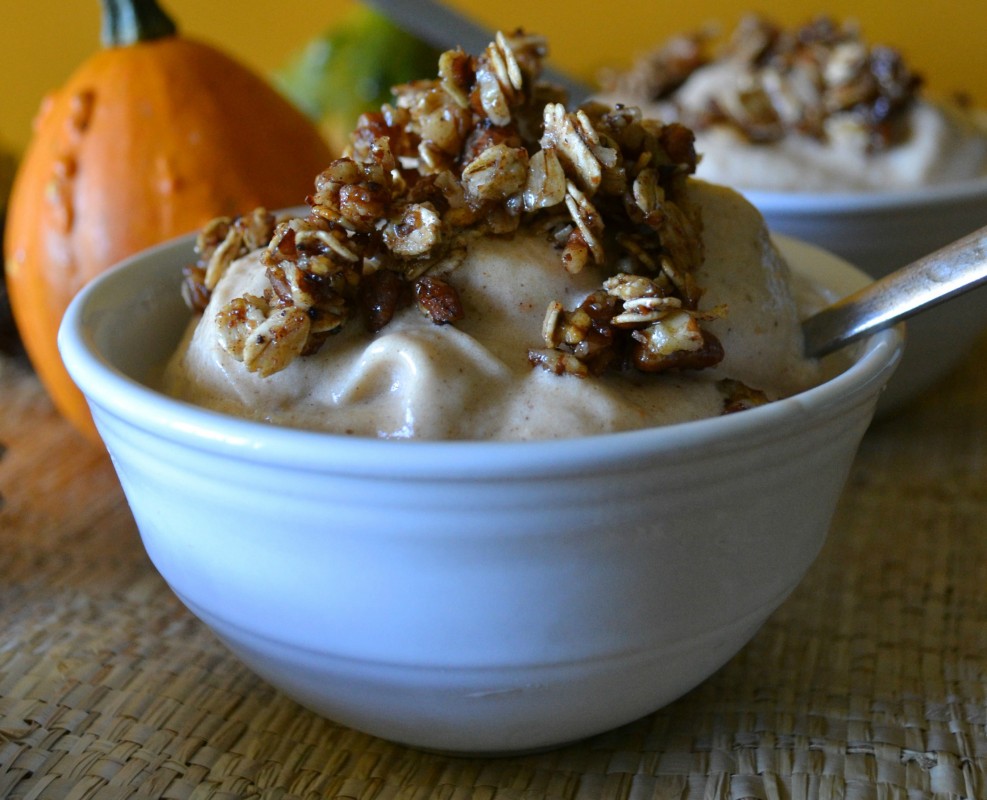 One of the most daunting parts of becoming vegan is giving up flavor, textures, and dishes that have likely been in your diet forever. Before making the switch, it seems every other meal leads to something else you just couldn’t live without. And, while it’s true that going from meat-eater to vegan in one bold move will be challenging, it might not be as bad as you think.

Most likely the vegans you know or have met didn’t grow up that way, and luckily, for the recently or about-to-be converted, that means many of us also have a taste for the things you’re worried about leaving behind. So, there are a whole lot of tips and tricks for satisfying cravings without missing a beat. Here are five ways to ease the transition into the good life.

Casseroles, piles of mashed potatoes smothered in gravy, big hearty bowls of soup, and even macaroni and “cheese”—these are all viable vegan options that provide a familiar, home-cooked feeling. Seek out those old childhood favorites you used to go back home for, and odds are some sort of veganized version exists. Only this time, you’ll be getting the warm feeling as well as sound nutrition.

Here are some great recipes to get you started:

Chicken-Less Pot Pie Soup—Is there anything more soul-warming than a pot pie?

One of the more unfortunate aspects of veganism is the struggle to find options at restaurants. Vegetarians generally have plenty of cheesy, creamy stuff to choose from, but rarely do vegans get a special section on the menu. While it can be frustrating, there are places that cater to our diet, and usually the food is fantastic, not just an afterthought for troublesome customers but the specialty of the house. Make sure to look for good spots for vegans to eat. Ask your regular dinner companions to give it a shot so you won’t always be reduced to garden salads and side orders. This will make your vegan transition that much easier!

Here are some great articles to help you in this task:

Finding Community as a New Vegan—Get inside info from folks who know.

10 Rockstar Vegan Chefs in America—So, there are at least ten options out there…

8 Healthiest Vegan Restaurants in the U.S. – These will inspire you!

“Junk” food doesn’t necessarily have to be from bags or a drive-thru window, nor does it have to be meaty. There are loads of great vegan burgers to try, creative pizza recipes (yes, pizza is still possible), and classic side dishes. Remember: French fries, onion rings, and potato salad are usually either already vegan or only a couple of tweaks away from it.  Rather than consuming yourself with only uber healthy stuff, go out of your way to seek solace in veganized junk food.  Heck, maybe even go wild with some store-bought vegan cheese. The new spin will probably still be better for you than the old version, and you’ll likely enjoy it even more than you used to.

Here’s a quick month or more worth of vegan “junk” food:

Take time Saturday or Sunday morning to prepare a big breakfast or brunch. Vegan omelets and scrambles come in many varieties. Pancakes are cinch to do vegan-style and are equally as good. But, don’t just stop there. Take time to get decadent with hash-browns, home biscuits, and/or a couple of links of vegan sausage. Brew a nice pot of coffee or tea, fresh juice (a little champagne in there if it suits you), and really make a delicious mess of it. A good breakfast just sets the world right every time.

Here are some links to help you form your first super brunch:

10 Killer Vegan Pancakes—Mmm…pancakes can be so much more than before.

How to Make a Vegan Omelette—A simple vegan approach to a classic.

The beauty of eating vegan is that you actually sometimes have to look for a few calories to add to your diet. Sometimes veganism is just too damned healthy, so you are afforded a guiltless soiree into the sweets and treats. And, by all means, go there. Vegan desserts, honestly, absolutely rock. Things get creamy (coconut milk puts dairy to shame), things get chocolate-y (dark and rich), and things get fluffy (eggs ain’ t the only way). Frosted chocolate cake with ice cream can make you forget a lot of transitional woes in just one bite.

“A spoonful of sugar helps the medicine go down:”

Being a vegan doesn’t mean you have to stop living! It just means you’re likely doing a better job of it (wink, wink). Don’t be afraid of what you’ll be missing out on because you can easily replace most it. What’s more, by doing things the vegan way, you’ll likely discover a great new flavorful palette you could have been enjoying all along.