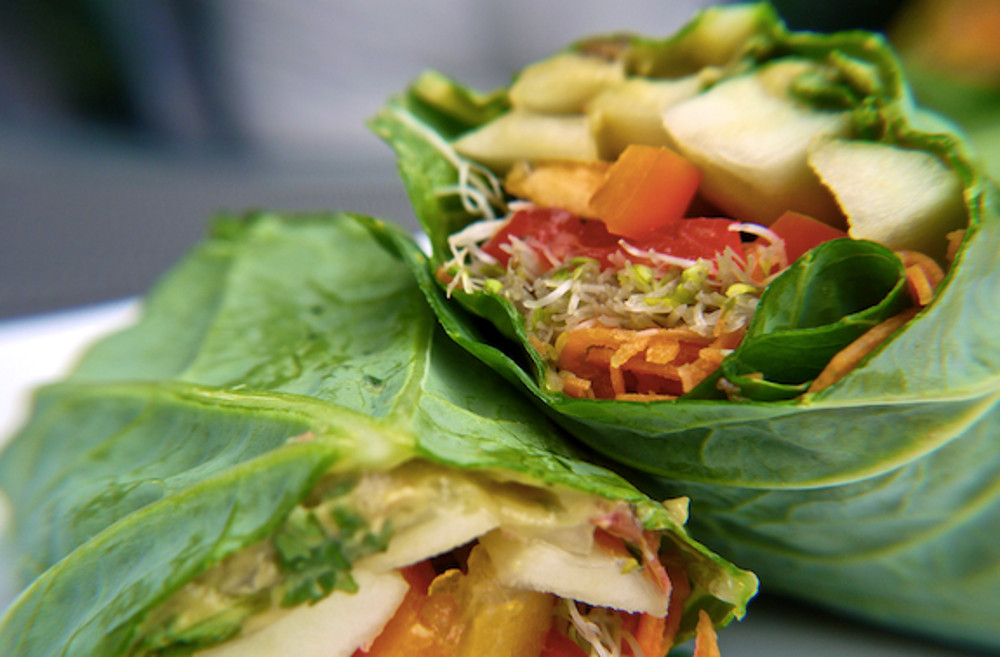 Recently, raw diets have gotten more attention along with veganism. Those who maintain a strictly raw diet pay attention not only to what they eat, but also to what level the food has been heated.

Raw, vegan food is plant-based, whole food that has not been cooked or processed with heat. Raw vegans do not eat food that is heated above 118 degrees Fahrenheit or 48 degrees Celsius. In doing this, raw dieters strive to better preserve the nutritional content of the food, thus maximizing their bodies’ health and well-being.

Truth: Within the health community, there is still some speculation about the claims that cooking food destroys its nutrients. It is true that there are foods whose nutrient content is erased or decreased when heat is applied, such as with Vitamin C and some B vitamins. Overcooking food is definitely a problem. Of course, boiling veggies too much will decrease their nutrient content. Raw dieters are correct in that food can be heated too much. Eating raw minimizes the risk of eating overcooked, nutrient-stripped food.

However, cooking some vegetables helps release nutrients when we eat them, and it can reduce certain chemicals that inhibit the absorption of minerals like zinc, iron, calcium, and magnesium. A 2008 study in The British Journal of Nutrition found that a group of 198 people who followed a strict raw food diet had low levels of the antioxidant lycopene. Some foods grow in nutritional content when heat is applied. When tomatoes are cooked, their lycopene content actually increases. The same is true for carrots; cooking them makes their beta-carotene content more available for the body to absorb.

Truth: Raw vegans need to dehydrate, process, or sprout their own food, which makes our modern age awesome with its convenience foods that save cooking time. It’s not a tremendous struggle to find delicious, raw vegan snacks and prepared meals on the go. Health food stores and even regular grocery chains often carry varieties of raw, vegan granola bars, chips, sweets, and other items.

Though these foods are convenient for a fast-paced, modern lifestyle, they could also hurt you in the long run. A processed, raw snack can be just as bad for you as a non-vegan, processed snack because of added fat and sugar. Tracy Russell, creator of the Green Smoothie Health & Weight Loss Program, warns us that some foods may not be particularly healthy just because they’re labeled as “raw.”

Myth #3: Being raw means eating as many raw desserts as you want

However, that doesn’t mean you should eat as much as you want or think too much of a good thing wont hurt you. Though raw desserts are not packed with table sugar and artificial sweeteners, they do include sugary ingredients like honey and dates, which in part makes these desserts so delicious. The culprit is not just sugar; nuts are often used in raw desserts. If you eat daily raw desserts that are packed with whole nuts, nut milk or nut paste, you could be taking in more healthy fat to the point where it causes weight gain. Keep in mind that just ¼ cup of cashew nuts, for example, contain 240 calories and 30 percent of your recommended daily value of fat.

Myth #4: Raw diets are not natural

Truth: I often hear how both veganism and being a raw vegan aren’t “natural” because humans “are meant to eat animals.” How can we know what the natural diet of humans is supposed to be, especially in 2014? Is there such a thing as one standard, natural human diet? Vegan dietician Virginia Messina says, “As humans evolved, so did eating habits based on availability, genetics, and climate. Simply moving around the globe changed diets and dietary needs. For example, our ancestors used to get all of their vitamin D from sun exposure. Now, populations that live far from the equator often need supplements or fortified foods to get enough. It doesn’t really matter that this isn’t the way we evolved to get vitamin D. Given the wide range in eating habits throughout the world, and the evolution of food choices, it’s not likely that there is some single natural way of eating.”

Myth #5: Raw diets are boring and do not taste good

Truth: Following a raw, vegan diet may seem very restrictive, and many think it means you’re giving up flavor. However, preparing raw meals can be fun and the end result can be surprisingly delicious. While the idea of raw greens and vegetables may not seem appetizing, there are many ways to get creative in the kitchen. Make a raw blackberry breakfast chocolate cake, raw vegan lavender lemon cheesecake, corn and black bean chips, raw corn cream soup, 5 minute basil pesto raw zucchini pasta, or raw chocolate raspberry cups.

Embarking on a raw, vegan diet takes time and planning. Even if us green monsters don’t maintain a full-fledged raw diet, we should all strive to eat a bit more raw-er.