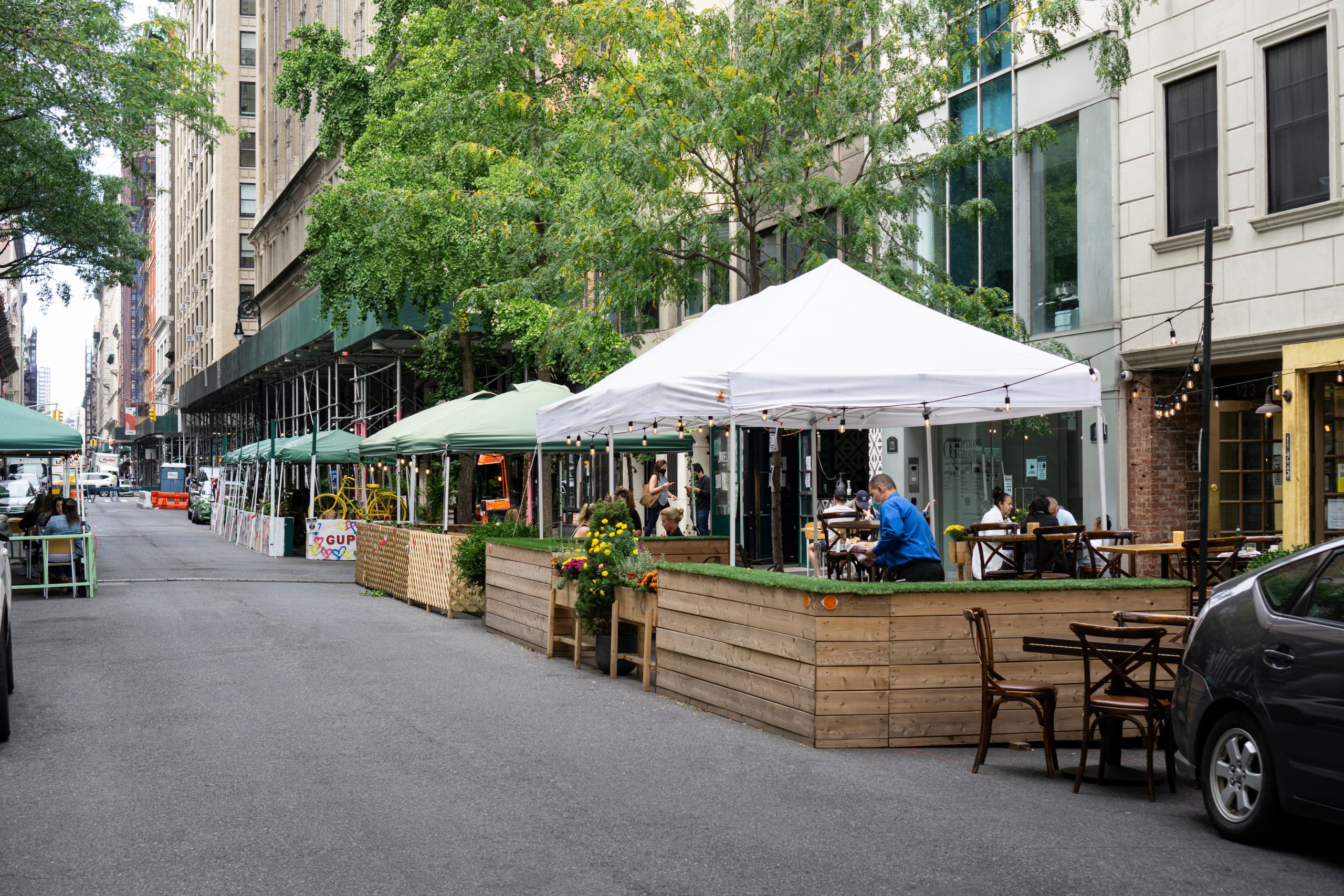 Despite the difficulties that the pandemic has caused in the past year, luckily, it has not stopped NYC’s vegan scene from continuing to grow and expand! These plant-based eateries are must-try spots that have a little bit of everything. Whether you’re in the mood for southern soul food, Chinese take-out, a classic burger, or baked goods, we’ve got you covered.

Check out this list of the 10 best new vegan restaurants in NYC!

In December of 2021, this new vegan Italian deli opened up in the heart of Little Italy on Mulberry Street. Galioto’s sets itself apart from the other Italian delis with its inclusive menu that serves everything from Impossible meat ‘meatball’ parmesan, to eggplant, and portobello sandwiches, alongside fresh produce and Italian pantry items. “This whole concept came together because of the pandemic,” says Nima Garos, who co-owns the restaurant alongside Koorosh Bakhtiar, his sister Nicole Galioto and Manny Del Castillo. “It’s based around grab and go and it’s pretty on track for what we wanted it to be.”

The plant-based Tamam Falafel vegan restaurant opened up on 14th Street at Third Avenue. The restaurant’s name is Arabic and Hebrew slang for “thumbs up.” Restaurant owners, Simon Oren and Tuvia Feldman recently opened up this new location. While they specialize in falafel, they also serve dishes like Cauliflower “Shawarma,” Eggplant “Sabich,” Hummus Bowls, and sides of Israeli Salad. If you enjoy Middle Eastern food, this will quickly become your new favorite spot!

Seitan Rising is a queer + worker-owned, plant-based eatery that offers sandwiches, pastries, cakes, to-go deli meats, and more. It originally opened last year in a supergroup collab among Pisces Rising Vegan and Seitan’s Helper. Seitan Rising’s new opening last summer was delayed due to the pandemic, but the menu is pretty much the same. They offer vegan ‘ham’ breakfast sandwiches, ‘chicken’ Caesar salad wraps, an assortment of vegan pastries, and many more on-the-go options! It’s located at 2 Morgan Avenue, just north of Flushing Avenue, and is currently open on Thursday through Sunday from 9 a.m. to 6 p.m.

After a legal battle, bankruptcy proceedings, and the COVID-19 pandemic, the new Beatnic chain will be open in 10 locations in New York, NY. The grand opening for the flagship location in Greenwich Village was in September of 2021. The menu features dishes such as the Chicky Sandwich, Peanut Crunch Salad, and Toasted S’mores Bar!

Located in the Dekalb Market Hall in downtown Brooklyn, Kelewele is a takeout-only restaurant that was made for plantain lovers. Owner, Rachel, grew up in a traditional Ghanaian home, eating plantains, and enjoyed their sweet taste, which is often paired with savory and spicy flavors. Her globally-inspired menu features all things plantains, from black bean burgers with a fried plantain “buns” to vanilla ginger ice cream made with homemade plantain milk!

This new plant-based restaurant and wine bar is located in the East Village. Soda Club has over 200 wine varieties from around the world, to choose from! In addition to beer options, this restaurant serves unique natural soda flavors, such as blood orange and rosemary, and a fennel, orgeat and lemon combo. This vegan restaurant also serves Italian food. Gnocco fritto, agnolotti, lasagna, tagliatelle, lasagna, and pine nut ricotta-covered carta di musica, are just some of the dishes on the impressive menu.

This Chinese-inspired vegan takeout restaurant is located on the Lower East Side on Broome Street, Tuesday through Sunday until 8pm. Featuring toasted sesame pancake and mushroom sloppy sandwiches, soft rice rolls, spicy cauliflower bites, and many more Chinese-inspired, on-the-go dishes. With a takeout window, and casual, outdoor seating, with a few tables under a covered tent, Fat Choy will quickly become your new go-to takeout spot.

Cadence is a new vegan restaurant located in the East Village, that specializes in Southern soul food. On the menu you’ll find fried lasagna, jerk mac n cheese, grits, maple ‘buttermilk’ cornbread, cadence cobbler, and many more traditional southern dishes with a vegan twist. Shenarri Freeman, the executive chef of Cadence tells New York Live that many of these dishes are inspired by a lot of her family recipes and things she grew up eating. Shenarri wants her audience to know that she focuses on creating good food that just happens to be vegan!

This 5-star yelp rated plant palace serves coffee, pastries, and vegan eats in Clinton Hill, Brooklyn. On the menu, Guevara’s has gazpacho, housemate tortilla chips, bagels and vegan ‘lox’, mushroom, ‘bacon’, and smoked ‘provolone’ sandwiches, as well as a 100% vegan bakery. Not to mention that nothing on the menu costs more than $10, and they proudly sponsor women and trans-owned coffee roasters!