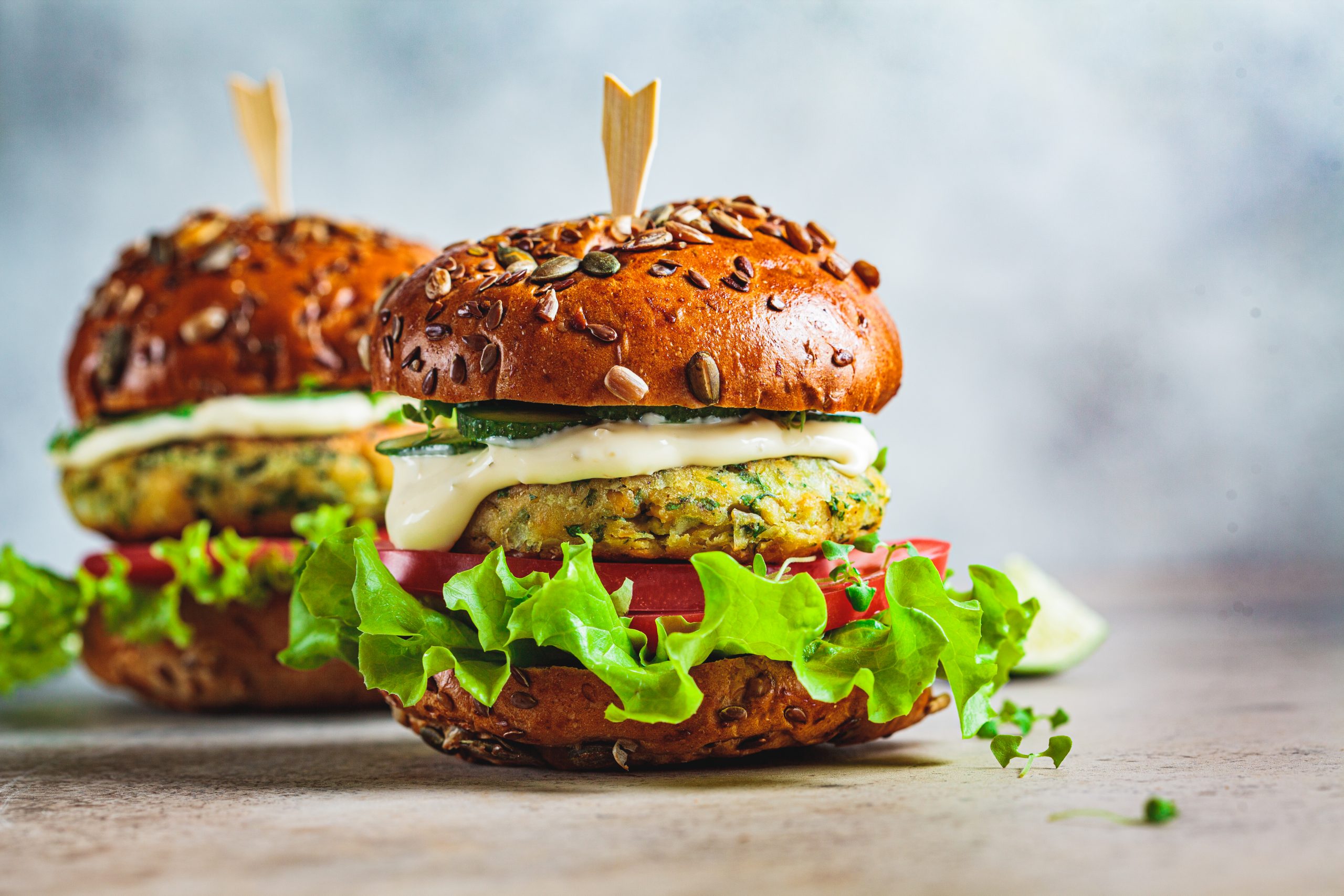 Veganism and plant-based foods are becoming so much more popular, with most cities now having multiple plant-based eateries. You can get everything from raw, plant-based cuisine to carbed up, cheesy comfort foods. If you’re in need of a new favorite place to frequent, look no further! Here is a list that highlights 10 amazing Black-owned vegan restaurants around the US.

Located in Brooklyn, NY, Sol Sips is a yummy vegan spot for sandwiches, bowls, juices, and smoothies! They also sell meal kits and juice cleanses. The eatery was founded by Francesca Chaney, who is only 24-years-old. She started her business during college by selling her nutritious drinks at festivals and her cousin’s apothecary. To ensure that her restaurant is accessible, she also holds sliding scale brunches on Saturdays! You can donate to Sol Sips’ fund to deliver free meal kits to residents in neighborhoods most affected by COVID here.

Couple Courtney and Chasitie Lindsay started Houston Sauce Co after a friend offered them a portion of his abundance of peppers. They started selling their hot sauce and even decided to buy a BBQ food trailer shortly before they both went vegan! Faced with this change, they adapted their menu and started throwing music and vegan food events with their trailer. They became so popular that they were able to expand and get a food truck. Now Houston Sauce Co is a Texas favorite among vegans and non-vegans alike! Some most loved dishes include the Cauliwings, Big Hot Chik’n Sammich, and the Crunchy Boudain Sushi Roll. They also have a brick-and-mortar version of their eatery, Sauce Co. Shoppette, with sauces, grab-and-go meals, and juices, as well as a new vegan BBQ trailer.

4. The Land of Kush – Maryland

The Land of Kush is an amazing vegan soul food restaurant near Baltimore, Maryland. Gregory Brown and NaijhaWright Brown opened the restaurant with the mission of bringing vegan food to their community and helping people adopt a more plant-based lifestyle by showing them that veganism can be both easy and affordable. They call their restaurant “the ultimate vegan experience” and we can definitely see why! It’s a Maryland favorite with so many fantastic dishes such as their homemade baked mac n’ cheese, Kush BBQ ribs, and vegan crabcakes.

After Philando Castile was murdered by police at a Minnesota traffic stop, Louis Hunter took to the streets to protest. He was arrested and ended up facing 20 years in prison. With the support of his community, Hunter fought the charges, which were eventually dropped in August of 2017. Afterward, he opened Trio Plant-Based with Sarah and Dan Woodcock. When Sarah and Dan stepped down in 2019, the restaurant became the first Black-owned vegan restaurant in Minneapolis. Now Hunter supports his community just like they did for him. During the aftermath of the murder of George Floyd by police, Hunter gave out around 300 meals to protesters. Trio has an abundance of healthy, flavorful meals such as the Mac Attack Burger, Chilli Cheeze Fries, and Lillian’s Sweet Potato Pie.

6. Quikie Too – A Vegan Cafe – Washington

Quickie Too is owned by the mother-daughter duo, Niombi and Afi Howell. The Howell family is extremely talented in the kitchen with Niombi’s other children owning popular plant-based restaurants and food companies as well! Quickie Too has served the Tacoma community since the 90s, surviving gentrification and pandemic shut-downs. Some of the amazing menu items that keep people returning to the Howell’s restaurant include Homemade Mac & Yease, the Crazy Jamaican Burger, and the BBQ Seitan Salad.

After a year of serving the community through their vegan food trailer, Brandon and Arielle Hawthorne signed the lease for their first brick and mortar eatery…right before everything shut down due to the pandemic. Despite this difficult start, they pushed through with takeout orders and are thriving with many loyal customers. Located in Cudahy, Wisconsin, Twisted Plants serves a variety of vegan burgers, including the Pineapple Express, the Soul Plane, and the Still Smokin’. They also have Mozz Sticks, Cauliflower Bites, and Chik’n Nuggests!

Chef Krystal Harris opened the Trash Panda food truck with the desire to serve delicious vegan comfort food that people would love. The menu often features produce from rHarris’ own garden and includes dishes such as Mac n’ Cheez, a BaKin Wrapped Hawt Dawg, and Thai Fire Hot Chk’n Wings! She launched Trash Panda in December of 2019 and officially opened the truck in March of 2020 – right at the beginning of the pandemic. While opening one restaurant amidst a global pandemic is a feat enough on its own, she also opened a more health-focused eatery, Early Bird Vegan, only a few months prior! Early Bird Vegan serves up sandwiches, salads, smoothies, health shots, and juices. Both Phoenix-based eateries are

Located in Hyde Park, Chicago, BGab’s Goodies is more than just a restaurant. In addition to providing foods for all different kinds of dietary needs and preferences, they also provide cleanses, detoxes, and local healers’ products. The founder, Gabrielle Darvassy is committed to ensuring her community has access to soy-free, gluten-free raw and cooked vegan foods that can help them heal inside out. However, BGab’s Goodies is a ‘judge-free zone’ that encourages people to come as they are. The menu includes plant-based Huevos Rancheros, jackfruit nuggets, raw brownies, and the B’Gabs Jerk Burger.

Azla is an Ethiopian restaurant in Los Angeles, California co-founded by mother and daughter, Azla and Nesanet Abegaze. Having hosted big family dinners for many years, Azla dreamed of opening a restaurant to feed the community. Thus, she came out of retirement to open Azla with her daughter. The menu features classic Ethiopian dishes such as Misir Wot, Timatim, and Injera.