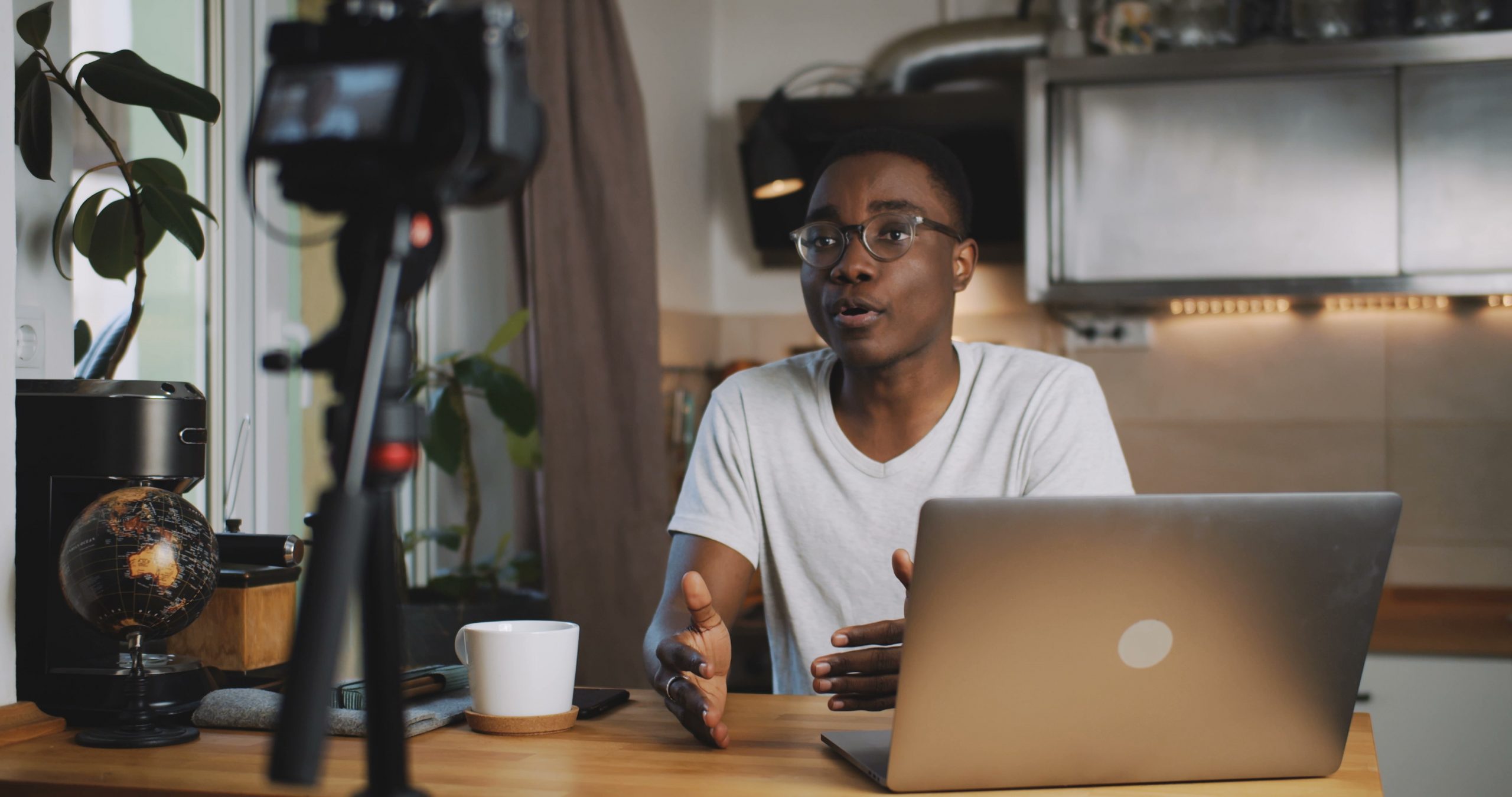 For far too long mainstream veganism has connoted images of skinniness, whiteness, and wealth. Fortunately, as more people choose a vegan lifestyle, the discourse surrounding the core philosophy of veganism is more frequently being picked apart and examined. While many might associate veganism with expensive açai bowls, celebrity weight-loss diets, and single-issue influencers who refuse to acknowledge other social issues, this image is drastically shifting. More and more vegan influencers are promoting an intersectional veganism that demonstrates how accessible and important this lifestyle is in any culture and at any weight. These intersectional vegans examine the overarching power structures that connect a variety of social issues involving class, race, gender, and species. A great way to engage with intersectional veganism is by centering different voices that are often marginalized by the larger, whitewashed vegan movement. Below are 10 brilliant Black influencers whose content reflects the core of veganism, which is total liberation for all beings. Be sure to follow them, engage with them, donate to them, and support their businesses!

@zipporahtheveganI’m nervous to put this on tik tok cuz ppl are so quick to offer up their WRONG 2 cents, but here it is 🤷🏾‍♀️ ##blackvegans ##vegantip ##veganuary♬ original sound – zipporahthevegan

Zipporah is a self-described “pro-Black & anti-diet vegan,” and her intersectional approach to activism truly demonstrates that. Her content boasts a broad range. From posting delicious recipes to show how accessible veganism can be to educating people on the importance of intersectional veganism, her intelligence and humor shine through. Zipporah’s content spans Instagram, TikTok, and Twitter. You can also support her work on Patreon and even gain access to exclusive content!

so many people ask me how veganism intersects with BLM:
– BLM is about institutional racism
– food deserts, environmental racism, etc are included in that
– pig farming directly pollutes black areas
– lack of vegan food in food deserts is a racism issue
– black health matters

Tyra has a large internet presence that spans various platforms. She is well known on Twitter (@tyrathetaurus) for her intelligent and compassionate takes on systemic issues such as veganism, racial justice, and class inequality. She also has an Instagram (@anotherjunkfoodvegan) where she posts delicious vegan food while advocating against the notion that veganism is a fad diet used to attain a particular body type. She also uses her podcast, Kombucha Hour, to discuss “intersectional veganism, black perspectives, oppression & more.” In everything she does, Tyra is forthright and comes from a place of genuine care for animals, humans, and the planet. You can support her by purchasing from her small business, Vegan Girl Gang Co, and being on the lookout for her occasional batches of homemade vegan food.

Lolita is an intersectional vegan Youtuber whose videos provide helpful tips and anecdotes about choosing a vegan lifestyle. Similarly, her videos, TikToks, and tweets center vegans of color and discuss the importance of distancing veganism from the problematic, whitewashed version that is often promoted by mainstream media. Her content is always informative, accessible, and entertaining. You can support Lolita by donating to her GoFundMe set up for her mother.

If you're not anti-oppression why are you even in the animal rights movement, your hypocrisy is not helping the animals.

Soul Eubanks is an Atlanta-based activist and emcee. In a Medium article, Eubanks describes his introduction to activism, connecting his experience growing up as a young black male to his “awareness about suffering and oppression.” A common theme of Eubanks’ activism is this notion of being “anti-oppression.” He emphasizes the intersection between the oppression of humans and animals and highlights the importance of promoting activism that addresses both. You can find him on Twitter and Instagram and support him on Patreon.

Yvette Baker is a writer, social critic, and intersectional activist. In an interview for The Vegan Rainbow Project, Baker explains that “focusing on how the goals of other movements for justice and freedom intersect with the goals of animal rights activists” helped her grow. She problematizes the contemporary meaning the word “vegan” has taken on and critiques its heavily consumerist connotations. Her vision of veganism is one that prioritizes the total liberation of all beings. You can find her on Instagram and on the Plantarion Podcast.

Abdourahamane Ly, also known as fulanivegan on Instagram, is a Guinean activist and writer. He draws on his lived experience living in Africa and China to analyze and discuss the strengths and weaknesses of mainstream vegan discourse. His writing includes a lengthy guide to veganism in Rwanda and an insightful examination of veganism in China and how the animal rights movement needs to stop promoting such racist rhetoric. You can learn more and support him on Patreon.

Iye Bako is an intersectional vegan activist and skincare enthusiast. She uses her various social media platforms to provide thoughtful commentary on the vegan movement at large, geared towards both a vegan and nonvegan audience. You can find her on Instagram and Twitter, as well as on an episode of The Everyday Activist podcast. In her episode, she delves into interconnected oppression and collective liberation.

Dominique Williamson is an Atlanta-based vegan chef and influencer. While her Instagram and Twitter mostly show off her absolutely delicious-looking food, she also posts information and opinions on how veganism intersects with race and class. She is all about making veganism tasty and accessible! You can find her on Instagram and Twitter. Finally, be sure to check out her cookbook!

Remember that intersectionality is not a passing trend, nor is it a new concept! Throughout history, BIPOC have been leading proponents of veganism long before the term ‘vegan’ was even coined. As vegans, it’s imperative that we consider how all oppression is linked and work towards the total liberation of all living beings. A great first step in this journey of unlearning whitewashed veganism is by following the creators listed above and engaging with their content.