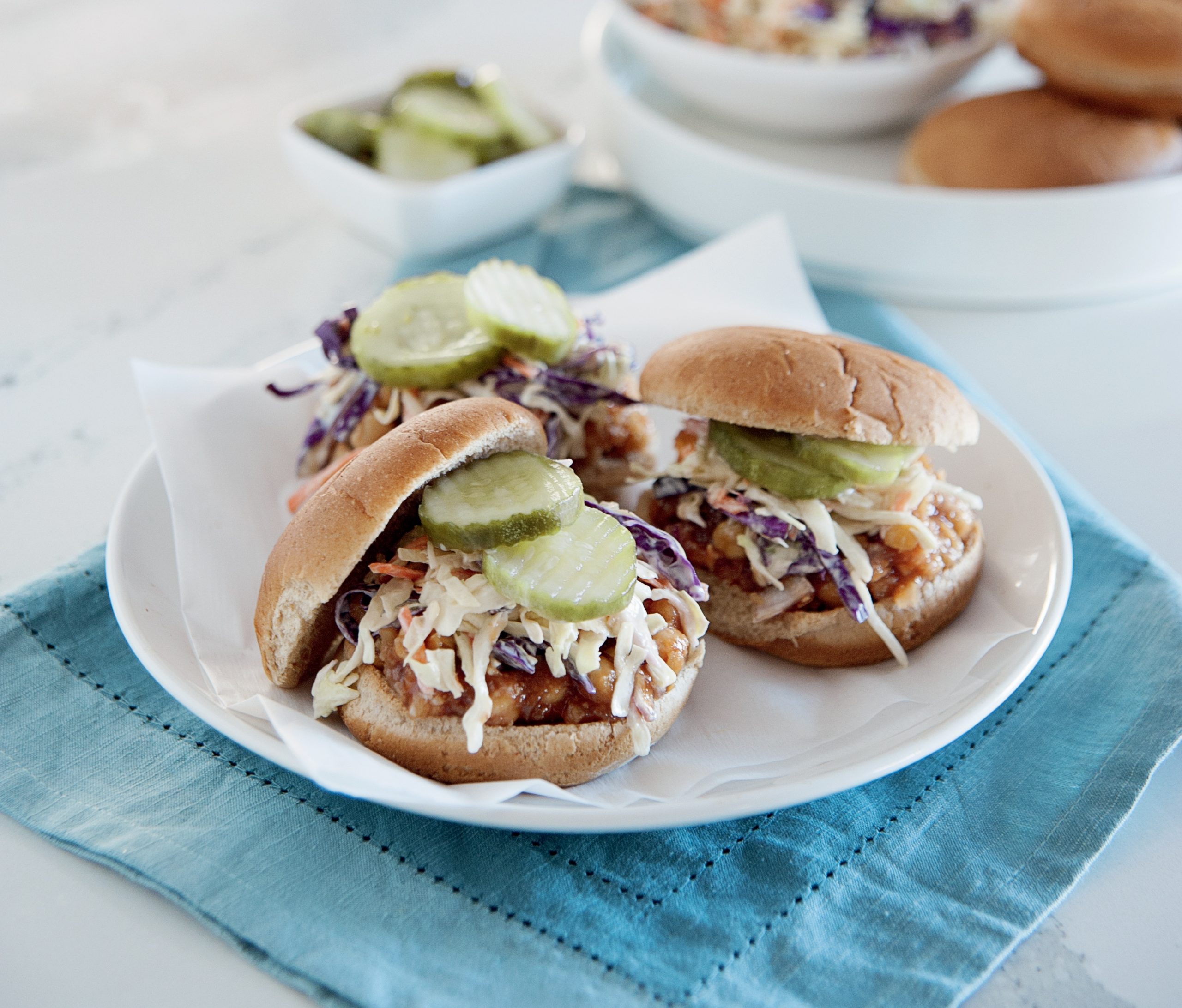 These black-owned vegan restaurants around New York City are redefining vegan food. Offering everything from soul food, to comfort food, to Asian and Caribbean dishes, these businesses offer unique blends of cultures and cuisines. They are breaking the misconception that healthy has to be boring. This myth couldn’t be further from the truth. Instead, they collectively show people that you can have healthy and hearty meals that are satisfying, full-flavored, and make you feel great. As veganism and plant-based food gain popularity, these hotspots will have vegans and non-vegans coming back for seconds!

Check out this list of 12 amazing Black-owned vegan restaurants in New York City!

For those looking to transition to eating more plant-based, we highly recommend downloading the Food Monster App  – with over 15,000 delicious recipes it is the largest meatless, vegan, and allergy-friendly recipe resource to help you get healthy and strong!

Seasoned Vegan is a family business owned and operated by mother and son, Brenda and Aaron Beener. “We pride ourselves on being loyal to our vegan/vegetarian customers by maintaining an organic, 100% vegan menu while creating meals that are delicious enough to satisfy the most skeptical omnivore”, said Brenda and Aaron. Their restaurant specializes in vegan soul food that is typical in the Southern parts of the United States.

Urban Vegan Kitchen aims to make everyone feel comfortable when they walk in their doors. Their goal is to bring people together will delicious vegan comfort food so they can watch a sports game, or just spend time with family and friends. Samantha Baily, manager of Urban Vegan Kitchen in the West Village of New York City describes their food as “semi-sophisticated comfort food that will make you feel great.” They are most known for their vegan ‘chicken’ and waffles and their mac n cheese.

Source: Is Bed Stuy Excited to have Greedi Vegan in the Neighborhood?/Youtube

The black-owned vegan soul food restaurant, located in Crown Heights Brooklyn, New York, focuses on tastes, textures, and health, with a goal to feed people hearty and healthy options. It is the second business for Latisha Daring, owner of Greedi Vegan. She describes their business as “a fun, inventive eatery with amazingly full-flavored food.”

Drea Smith is the owner and chief executive of Uptown Vegan Sweets, and her goal is to break the misconception that many people have made surrounding veganism and vegan desserts. In the interview, Drea speaks on the negative connotation that veganism has. She explains that people have the idea that vegan sweets are boring and flavorless. However, she is here to prove that this myth couldn’t be further from the truth.

Located on Boston Rd, in Bronx, NY, you will find Vegan’s Delight, a spot for Caribbean vegan cuisine takeaway. Not only do they have an amazing selection of traditional hot dishes, but they also have an organic juice bar, and grocery store selling vitamins, herbs, supplements. Their menu features dishes such as breaded tofu cutlets, curried seitan, Vegan Spareribs D’light, and jerk plantain patties that you definitely won’t want to miss out on!

Sol Sips is located in Brooklyn, New York, and is owned by Francesca “Sol” Chaney. The business is one of the most popular vegan and vegetarian restaurants in Brooklyn, offering tasty dishes like jerk jackfruit paninis, mushroom melts, and more. Everything is organic and locally sourced and gives the community healthier plant-based options.

Veggie Castle first opened in 1997 as a vegetarian restaurant. Two years later, they decided to make the menu fully vegan as they realized how fast the vegan demographic was increasing. They serve vegan soul food such as plant-based traditional mac n cheese, barbeque, as well as Asian fusion and Caribbean dishes. They also have an impressive variety of vegan desserts. Veggie Castle makes vegan and healthier options more accessible in minority communities.

Bunna Cafe is an Ethiopian vegan restaurant located in Bushwick, Brooklyn. It was founded by Sam Saverance and his partner Liyuw Ayalew. They opened this restaurant as a way to share the food they love with New York. Here you’ll find traditional Ethiopian coffee and food. They started off their business by opening a few pop-up coffee events. As they gained popularity, they became the spot for the best plant-based Ethiopian cuisine in Bushwick.

A Live Kitchen is located in the heart of Queens, New York. Owners Craig Thompson and Steffen Alexander opened the restaurant in January 2019 in order to bring delicious and healthy vegan food to the place where they grew up. Their menu offers everything from Ital Stew, Rasta Pasta, Smoky BBQ Sandwiches, to Apple Spice and Sweet Potato Cheesecake!

Ras Plant-Based is located on Franklin Avenue in Brooklyn, NY, and is owned by Romeo and Milka Regalli. They are an organic, farm-to-table, Ethiopian restaurant. Romeo and Milka grew up eating an abundance of fresh produce and incorporate this wholesome way of eating into their dishes. They also include some vegan meat and protein alternatives such as seitan and tofu to help people who are interested in transitioning to a more plant-based lifestyle.

Aunts et Uncles is a vegan Caribbean-influenced café offering drinks and light bites. This black-owned restaurant is owned by married couple Nicole and Michael Nicholas and is located in Flatbush, Brooklyn. Although their menu is fully vegan, they don’t like pushing the idea of veganism on anybody. They prefer to take a more casual approach and “definitely want to let people know there’s a better way of eating, and it can still be fun and tasty,” Nicole says. From Beyond Meat patties with caramelized onions to a lemony lobster roll made from hearts of palm, vegan mayo, and fresh dill, they have something everyone will enjoy!

Founded by sisters Zan B.R., a lawyer, and Courtney Blagrove, a nutritionist, Whipped Urban Dessert Lab is the world’s first oat-milk soft serve shop! It’s located on the lower east side of New York and is a black, female-owned business that embodies food, culture, and elevated experiences. Everything on the menu is plant-based including the soft-serve, toppings, and cones. They offer flavors like chocolate & sweet creme, coffee, apple, mint chocolate, and many more. This is what vegan dreams are made of!