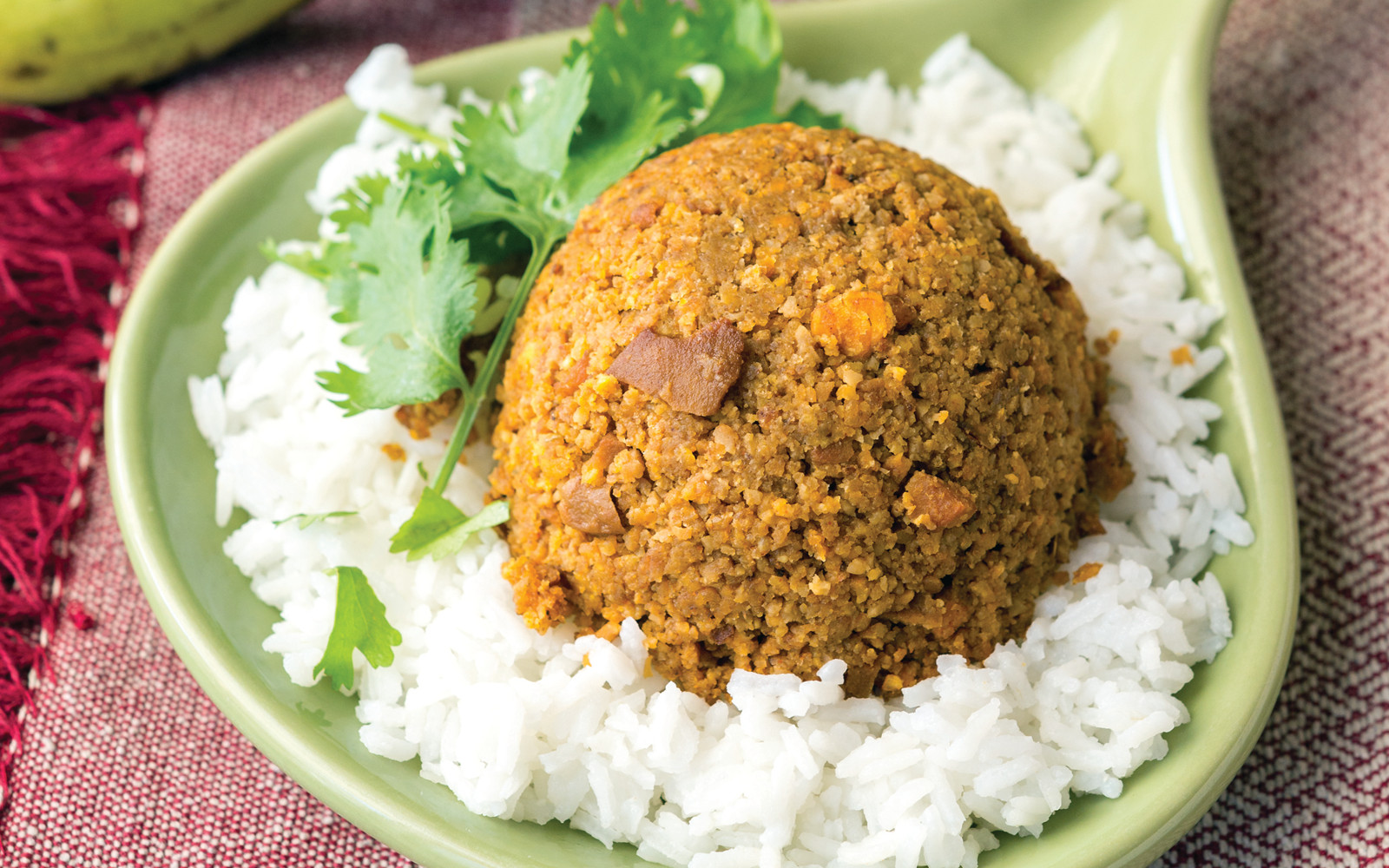 Puerto Rican food is delicious and flavorful! Its roots come from a combination of Spanish, African, and Taino cooking techniques and ingredients. There’s a lot of use of root vegetables, rice, corn, starchy foods like potatoes, as well as tropical ingredients like coconut and plantains. What’s not to love about Puerto Rican cuisine? If you’re worried that you won’t be able to eat your favorite Puerto-Rican meals when trying to eat plant-based, think again!

Here are 10 delicious Puerto Rican recipes made vegan from our Food Monster App to get you started. 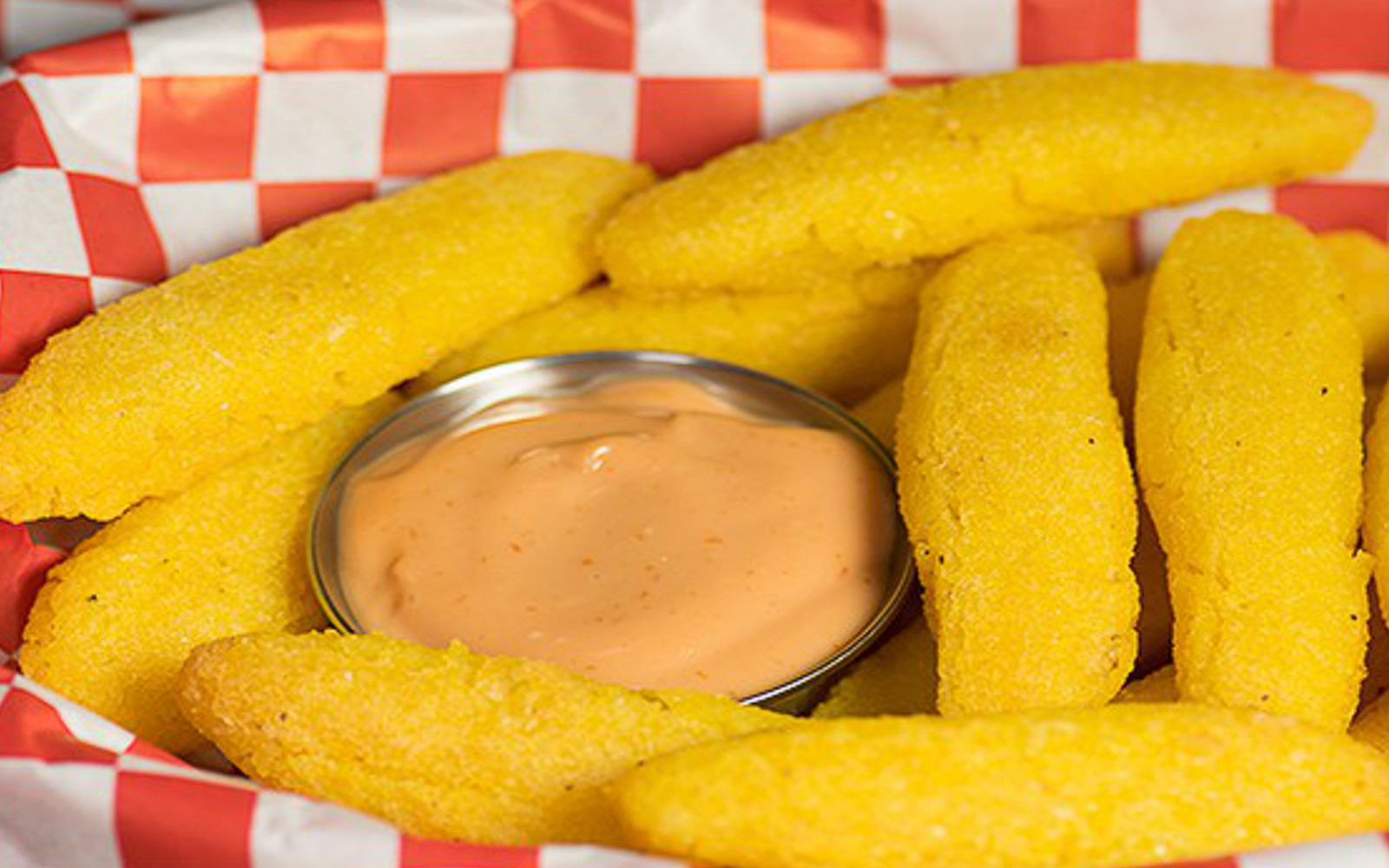 Sorullitos are Puerto Rican corn fritters that are enjoyed as an appetizer or snack and are very similar to hush puppies. This recipe by Desiree Rodriguez is super easy to make and it only requires a minimal amount of ingredients. Plus, the fritters alongside the dipping sauce make for the perfect comfort food. 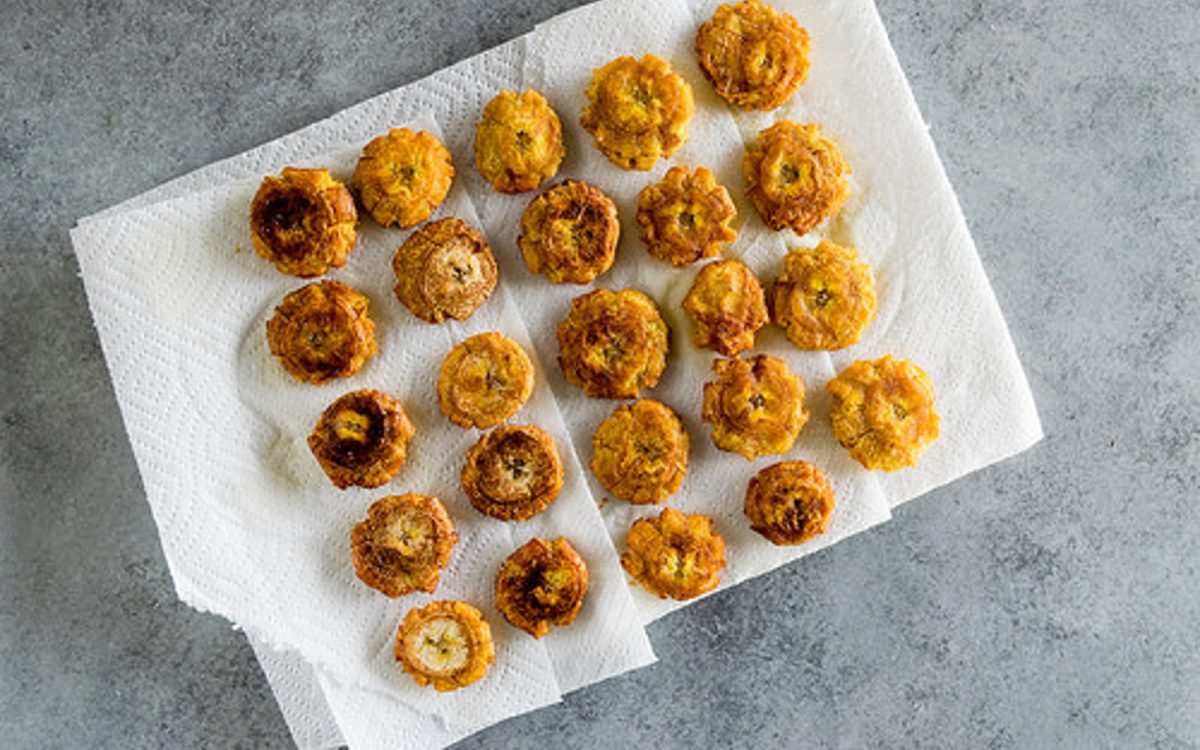 Transport yourself to a tropical paradise. Diced juicy mangoes are tossed with chopped bell pepper, red onion, and fiery slices of jalapeño, which mingle with cool cubes of cucumber and creamy avocado. In this recipe by Adam Merrin and Ryan Alvarez, they’re topped with freshly-squeezed lime juice and handfuls of fragrant cilantro, this simple, sweet, and spicy blend is the perfect topping for the hot and crunchy plantain bites known as tostones. Tender, golden, and delicious, Tostones are a popular dish traditionally served throughout Latin America and the Caribbean, and while typically served as a side with dinner, they also make an ideal appetizer for parties! Savory, salty, and topped with the fresh spicy mango salsa, this addictive treat will be the hit of your next fiesta! 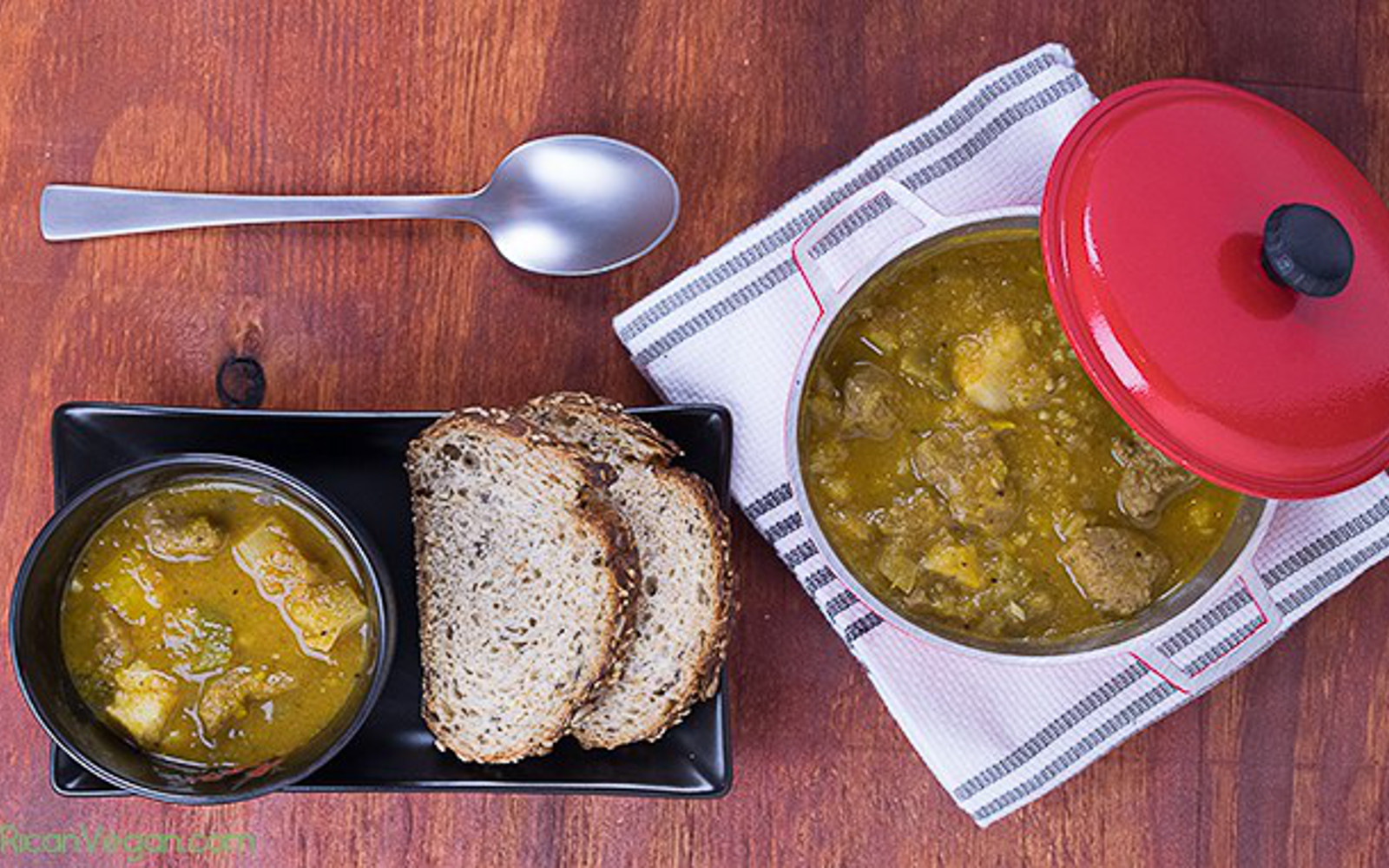 You can never go wrong with the assortment of vegetables that can be added to a Sancocho. You can mix in your favorite vegetables or ones you’ve never tried before. This recipe by Desiree Rodriguez includes several popular Latin vegetables such as yuca (cassava), taro root (yautía), plantains (platanos), pumpkin (calabaza) and white yams (ñ​​ame blanco) that are delectable on their own and even better when cooked together.

Puerto Ricans have been living in New York City since the middle of the 19th century, but it was the Great Migration of the 1940’s that firmly rooted Puerto Ricans into the core cultural composition of New York City. There are few foods more iconic in Puerto Rican cuisine than mofongo. Typically made of fried green plantains mashed in a pilón (a wooden mortar and pestle) with broth, chicharrónes (pork cracklings), garlic, and oil, mofongo is also popular in Cuba and the Dominican Republic. This Mofongo from the NYC Vegan cookbook uses seasoned seitan to deliver the expected textures and flavors of this quintessential Puerto Rican dish. Serve mofongo on top of cooked rice or with grilled vegetables. 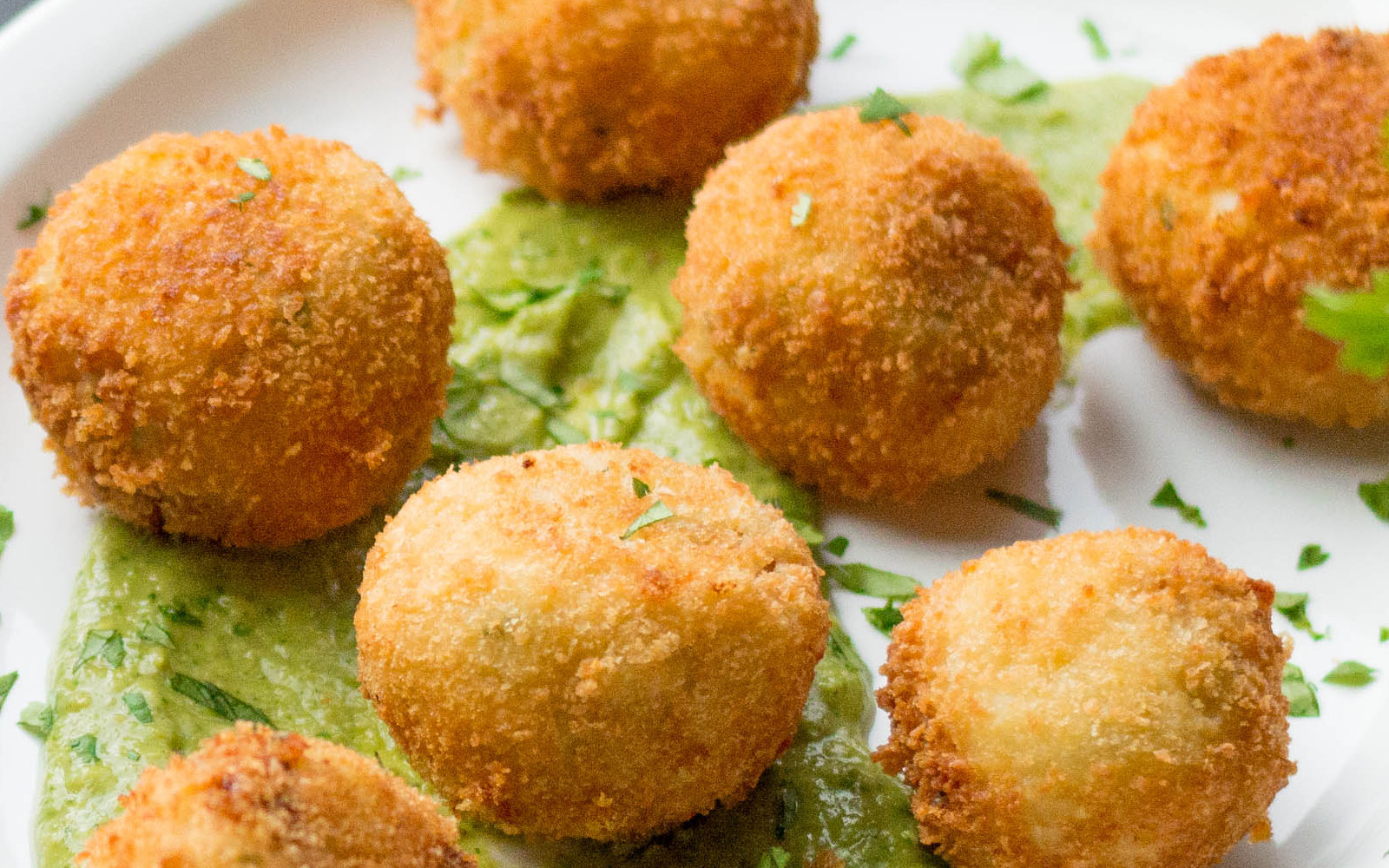 Papas Rellenas are a type of fritter popular in many Latin American countries. Puerto Rican papas rellenas are usually filled with ground meat, but in this recipe by the Cruelty Free Family, the crispy potato croquettes have a savory, sweet, and spicy eggplant filling that’s surrounded by creamy mashed potatoes. They’re then paired with a creamy and irresistible avocado sauce for dipping. These are a great way to use up leftover mashed potatoes, but it’s also worth making mashed potatoes just to experience this flavorful appetizer. 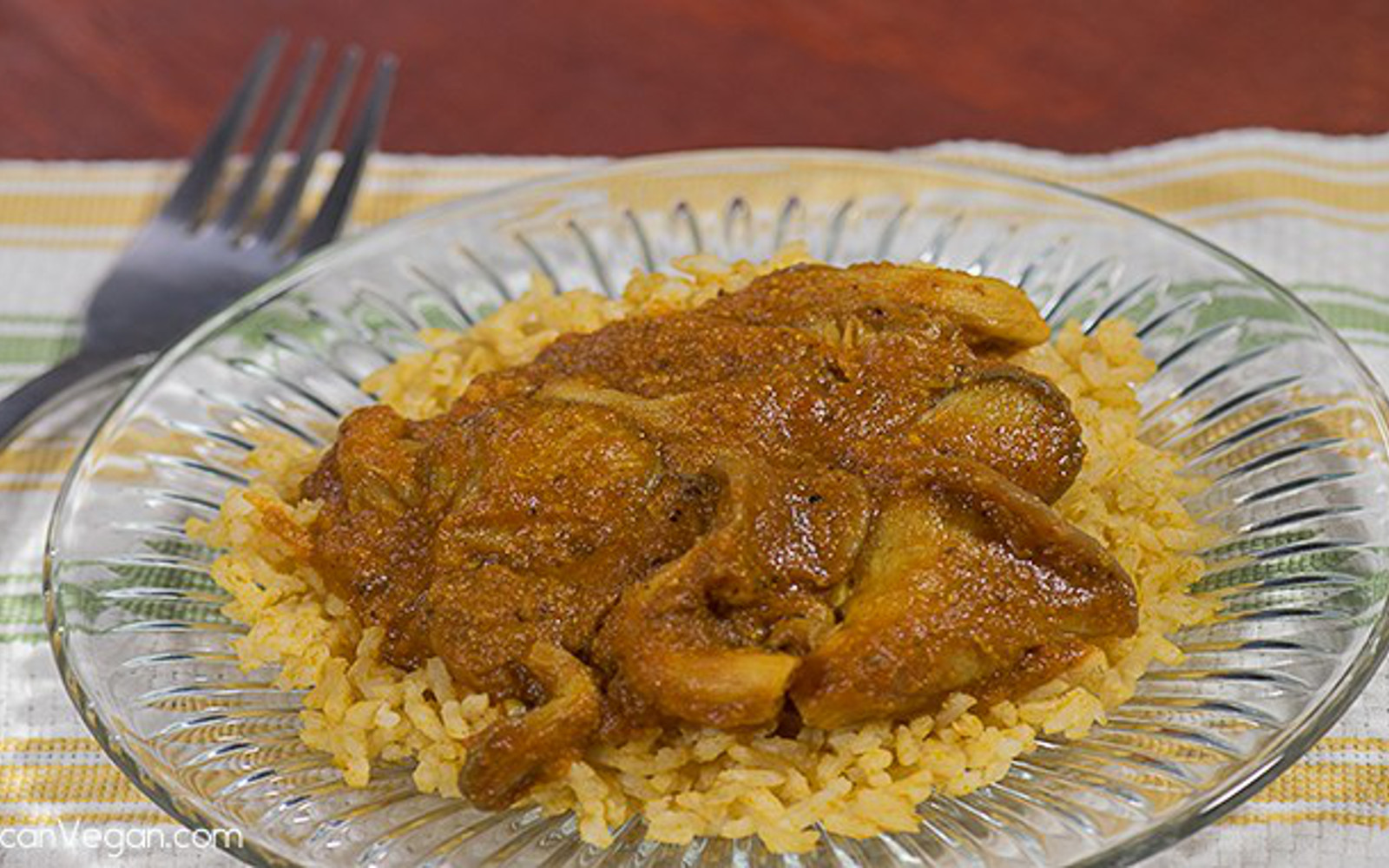 Served over brown rice, this meaty Puerto Rican Style Stewed Oyster Mushrooms by Desiree Rodriguez is perfect for pleasing meat-eaters and vegans alike! Serve this at your next family dinner for a yummy, flavorful meal! 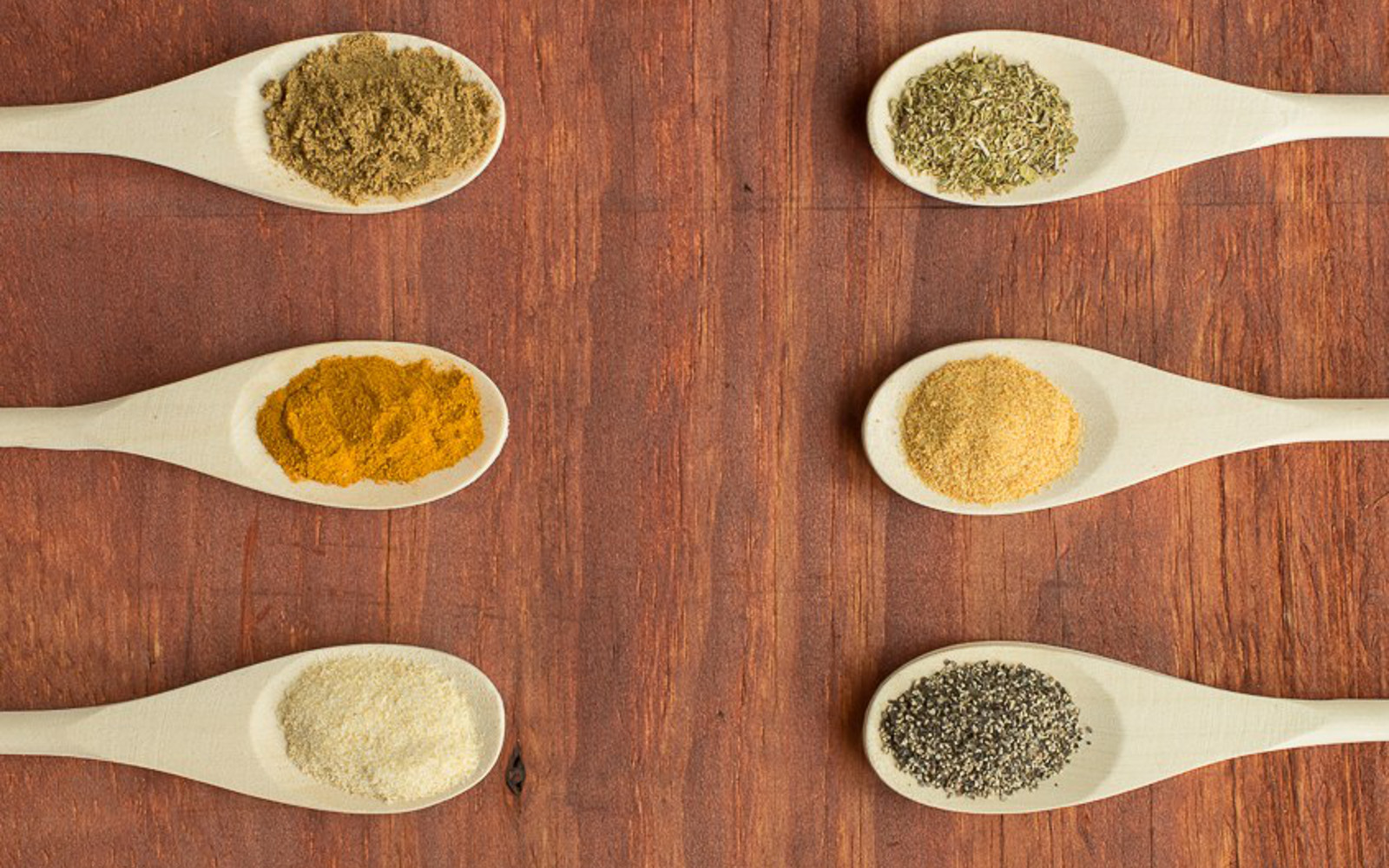 When it comes to Latin American cooking, Adobo is the not-so-secret seasoning you can never go wrong with. It’s a dry rub that is used in a majority of dishes. While it is traditionally used to flavor meat, you can apply it to tofu, tempeh, seitan, and even vegetables — and because it’s made from a blend of common household spices, you can easily make your own, without the salt! Make this recipe by Desiree Rodriguez to get the Puerto Rican flavors in your meals just right! 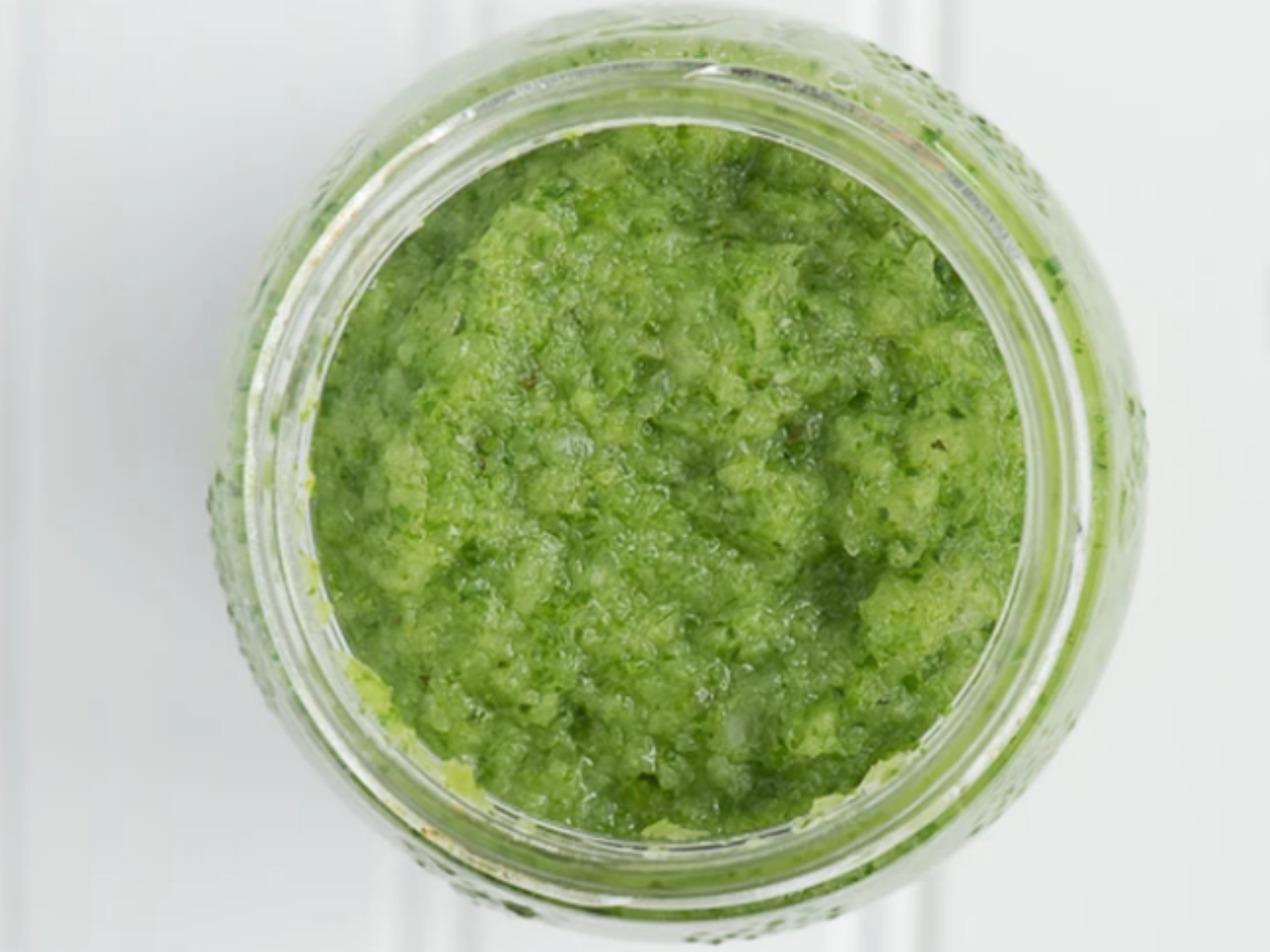 Recaito or Recao is a cooking base used to build the flavor in Puerto Rican recipes such as rice and beans, stews and soups. It’s made up of different green herbs and vegetables found locally and in Latin countries. Give this recipe by Desiree Rodriguez a go and make flavorful dishes! 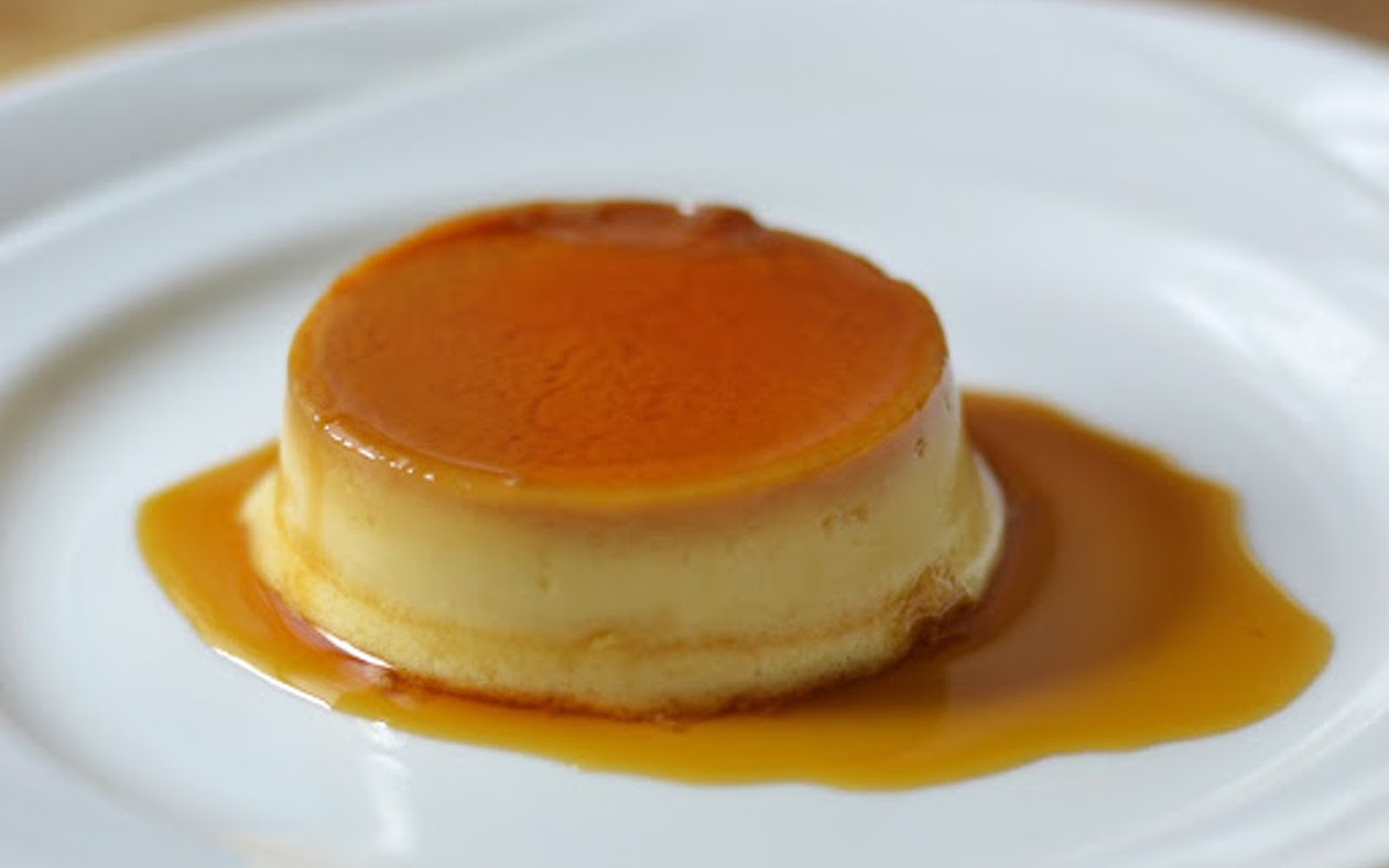 This creamy, dreamy Flan, served with a drizzle of sweet caramel sauce, is the perfect dessert! Traditional flan, one of the most popular desserts in Puerto Rican households, is made from eggs and gelatin but in this recipe by Travis Piper, it is made from coconut milk, tofu, and agar agar powder. Making the flan might seem like a science, but it’s a simple process that can be mastered by anyone. 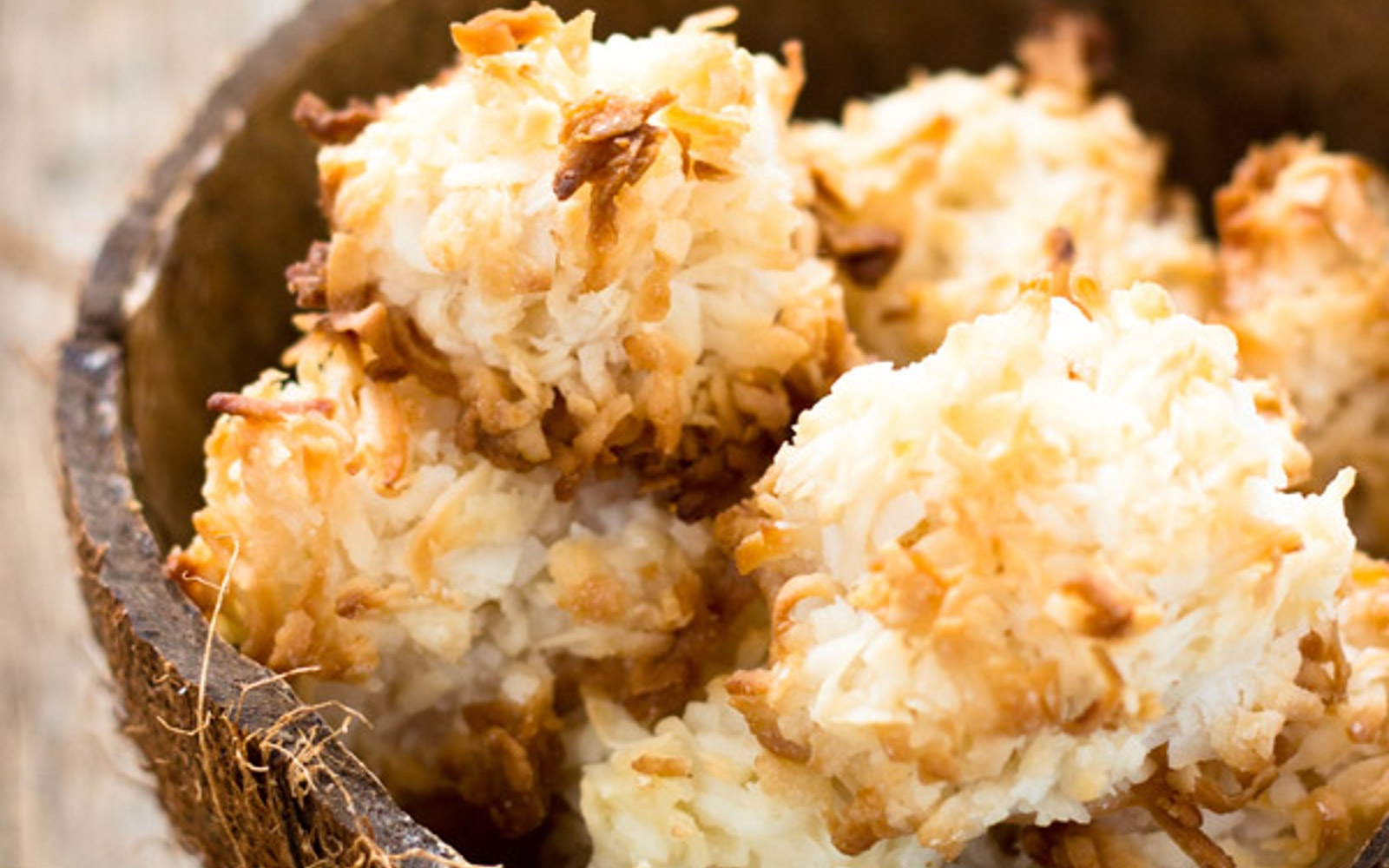 Coconut Macaroons are known as besitos de coco in Puerto Rican culture, which translates to coconut kisses. This vegan version by Joyce Gan is free of refined sugar, but still sweet. As they bake, the coconut toasts and takes on a delightfully nutty flavor. You don’t need any special ingredients to make these, either—everything you need is likely already in your pantry.

We hope these recipes help you enjoy your classic favorite meals or introduce you to delicious Puerto Rican food if you aren’t already familiar with it. We also highly recommend downloading our Food Monster App, which is available for iPhone, and can also be found on Instagram and Facebook. The app has more than 15,000 plant-based, allergy-friendly recipes, and subscribers gain access to new recipes every day. Check it out!