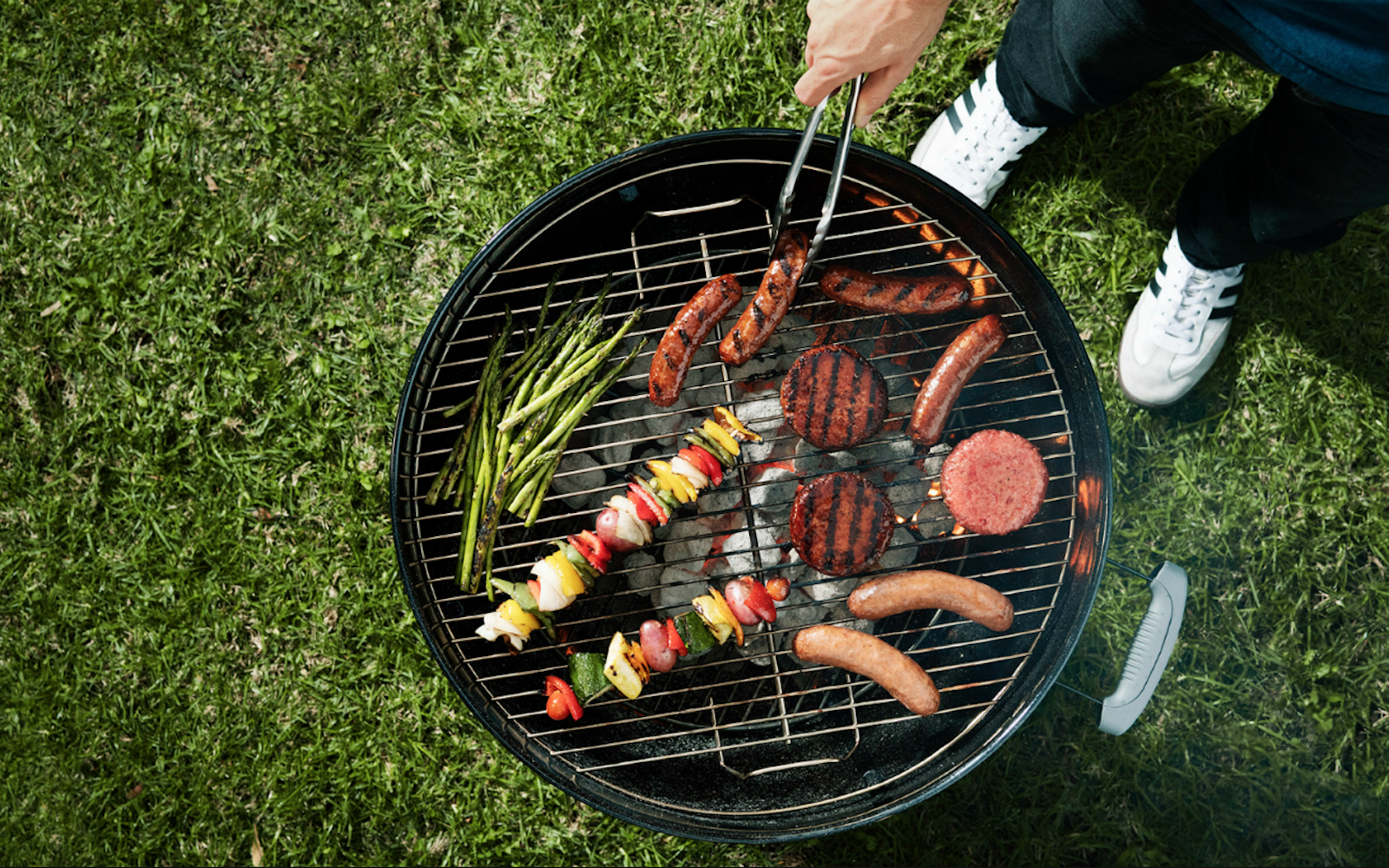 Fire up the grills! Just in time for the summer, the vegan Beyond Sausage is now available at Whole Food Markets NATIONWIDE, as well as online through Amazon Fresh! Created by plant-based meat company, Beyond Meat, the Beyond Sausage will be located in the meat section of the grocery store, where you can also find the Beyond Burger. The Beyond Sausage comes in three flavors: Original Bratwurst, Hot Italian, and Sweet Italian.

Wondering how Beyond Meat created a vegan sausage that is indistinguishable from pork sausage? Using a cutting-edge process to organize each ingredient, Beyond Meat combines peas, fava beans, and rice for the protein, with trace amounts of beet juice for the meaty red color, coconut and sunflower oil for the juiciness. A 100 percent plant-based casing derived from algae brings the sausage together! 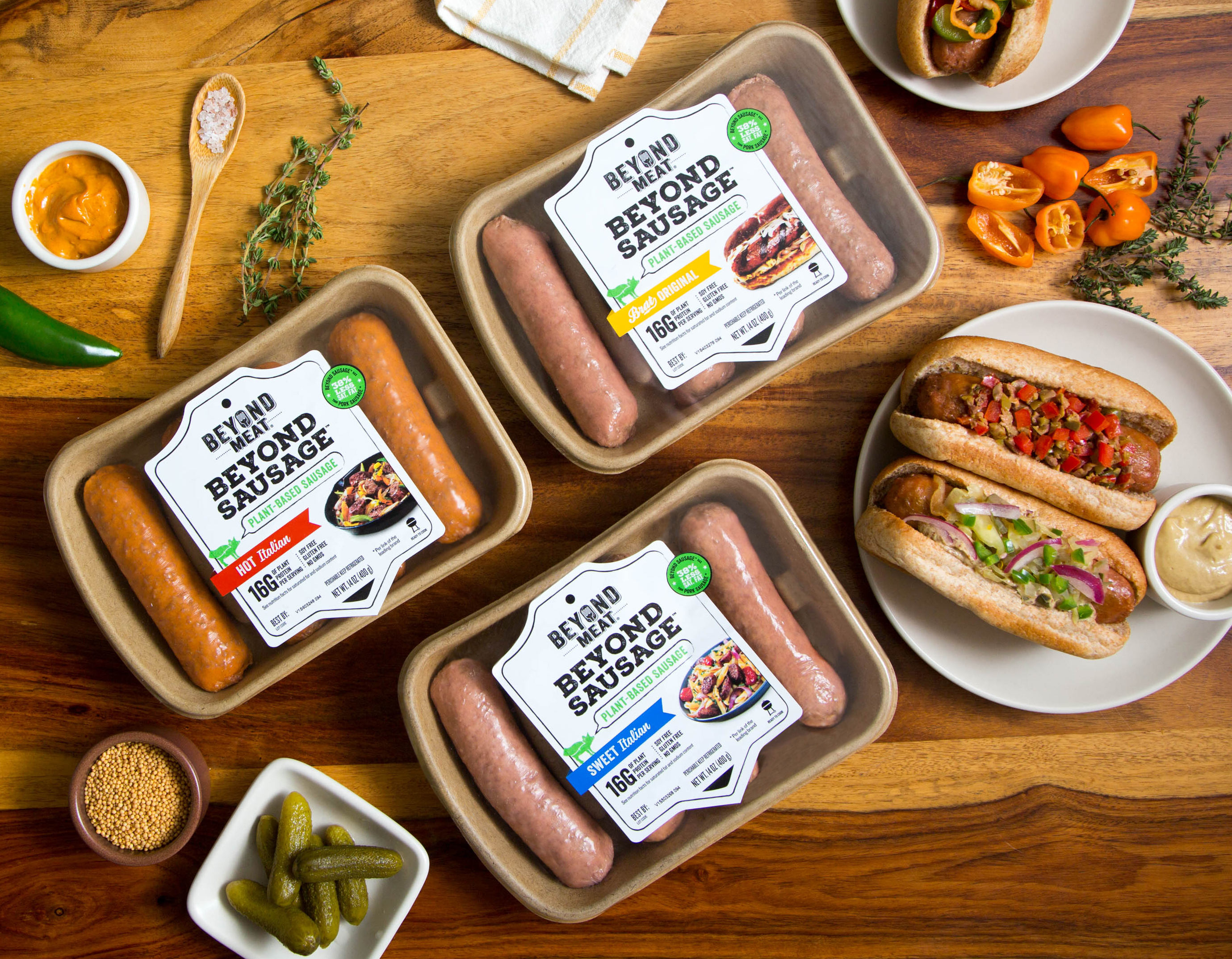 “This is the first retail product off of our pork platform, one where we’ve invested in diversifying plant proteins and creating greater texture complexity. As with any first iteration, we are eagerly awaiting consumer feedback and hope they enjoy it as much as we do,” said Ethan Brown, CEO of Beyond Meat.

The Beyond Sausage has more protein, fewer calories, and less total and saturated fat than a traditional meat sausage and continues to rise in popularity. Beyond Meat will continue to roll the sausage out in new retail locations – but if you can’t find it in your local Whole Foods yet, look for Beyond Sausage at Veggie Grill in Los Angeles, Yankees Stadium, and even a traditional German sausage restaurant in New York City.

The sausage’s success is nothing to scoff at and could help us shift our broken food system to a more sustainable model. With the world population set to reach 9.8 billion by 2050, we won’t be able to sustain on a diet heavy on meat and dairy. That’s exactly where plant-based foods come in. Tyson Foods, the world’s biggest processor of meat realizes plant-based protein’s potential and has invested in Beyond Meat. Not to mention, actor and environmentalist Leonardo DiCaprio invested in the company, a smart business decision considering the plant-based meat market is expected to rise to a value of $6.43 billion by 2023.

If you are like us and just can’t get enough of Beyond Meat, check out this recent episode of #EatForThePlanet with Nil Zacharias featuring CEO Ethan Brown discussing the company’s mission to bring plant-based protein to the masses!

For more information on how your food choices impact the environment, check out the #EatForThePlanet book!