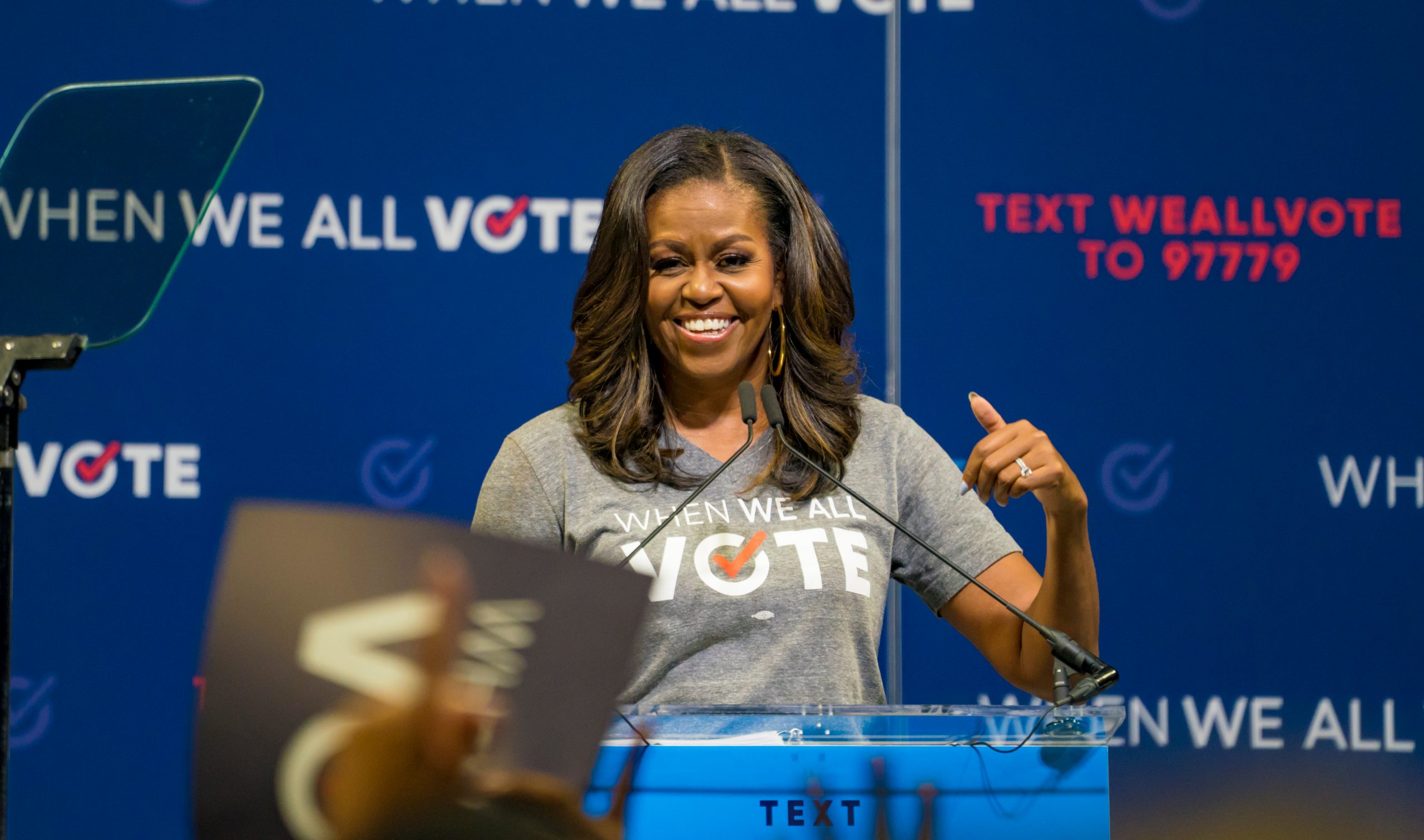 In the 24-minute video posted to her social media channels, Obama blasted Trump for his mishandling of the COVID-19 pandemic and for inciting divisiveness and hatred throughout the country.

Trump is the single largest driver of fake news related to coronavirus and, even after recently contracting the virus, he continues to eschew scientific advice from experts. Over 200,000 Americans have died from COVID-19 while Trump still downplays the virus.

Obama called the President’s actions “morally wrong” and “racist” and addressed the broader crisis of racial injustice in the country.

“[The President and his allies are] stoking fears about Black and Brown Americans, lying about how minorities will destroy the suburbs, whipping up violence and intimidation – and they’re pinning it all on what’s been an overwhelmingly peaceful movement for racial solidarity,” Obama said.

“Racism, fear, division. These are powerful weapons and they can destroy this nation if we don’t deal with them head on,” Obama continued.”I want to ask every single American, no matter what party you regularly vote for, to please take a moment to pause, click off the news, think about how you felt over these last four years, how quickly things have turned, and then think about what these next four years can mean for our country’s future.”

In contrast to Trump’s fear-mongering and incompetence, Obama urged voters to support Biden who has lived a life “guided by values and principles that mirror ones that most Americans can recognize.”

Obama made an appeal to all voters – parents, young people, working-class Americans, people of color, and those disillusioned with politics – “Search your hearts, and your conscience, and then vote for Joe Biden like your lives depend on it.” The pandemic, fight for racial justice, climate crisis, and the fate of the Supreme Court are all at stake this election.

“We have the chance to elect a president who can meet this moment, a leader who has the character and the experience to put an end to this chaos, starting solving these problems and help lighten the load for families all across the country,” Obama said. “And that leader is Joe Biden.”

Sign this petition to demand McConnell honor Justice Ginsburg’s dying wish and follow a precedent set by Republicans in 2016 to not vote on a new Supreme Court Justice until after inauguration!