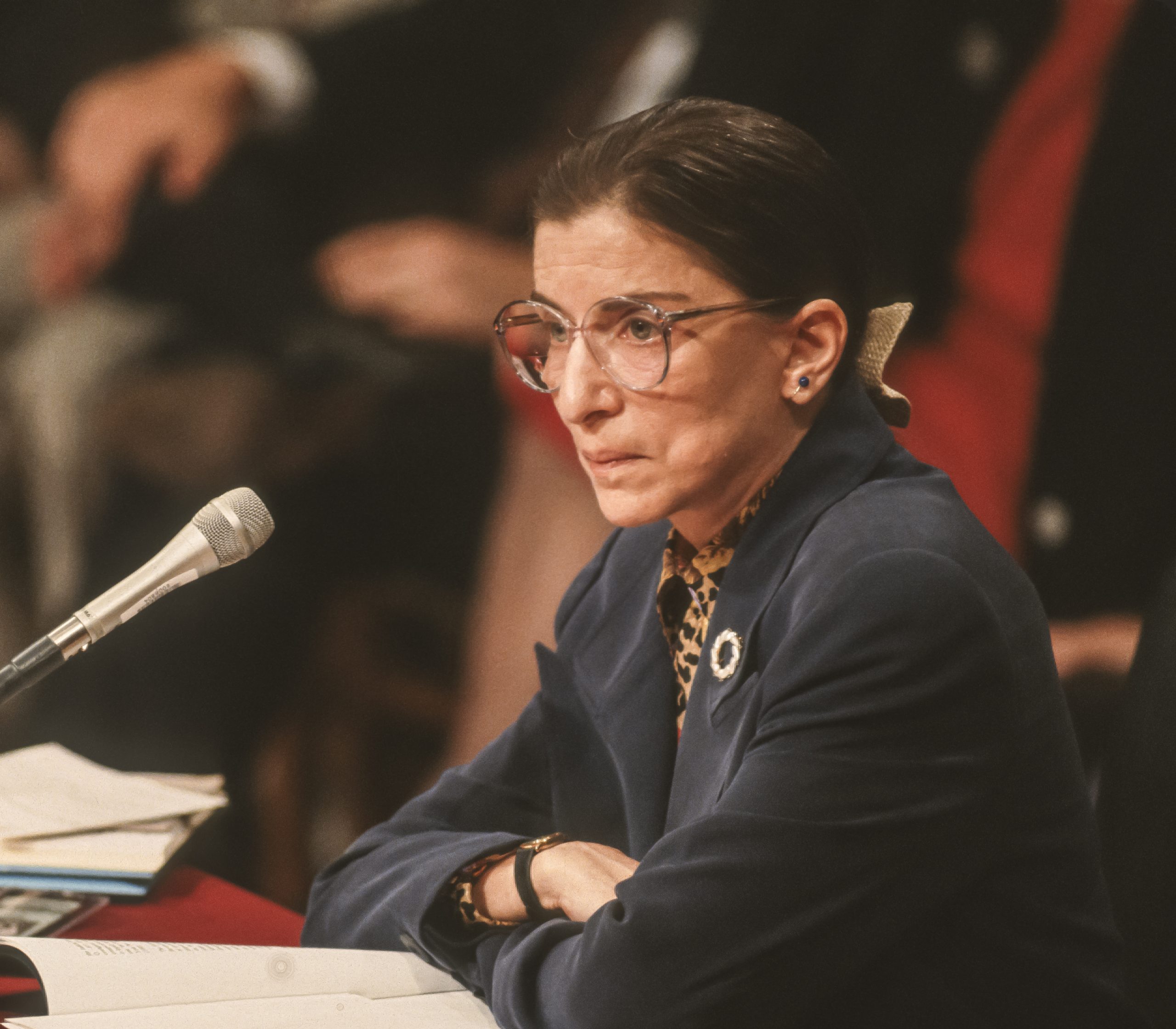 Justice Ruth Bader Ginsburg passed away Friday, September 18 after serving on the Supreme Court for 27 years.

A trailblazer of women’s rights, cultural and feminist icon, and the second woman appointed to the Supreme Court, Justice Ginsburg authored some of the most monumental and poignant court opinions on issues related to gender discrimination, civil rights, reproductive justice, environmental law, among many others.

After years of fighting cancer and other health issues, Justice Ginsburg passed away from complications from pancreatic cancer at her home in Washington, D.C., surrounded by family. She was 87.

“Our nation has lost a justice of historic stature,” Chief Justice John Roberts said. “We at the Supreme Court have lost a cherished colleague. Today we mourn but with confidence that future generations will remember Ruth Bader Ginsburg as we knew her, a tireless and resolute champion of justice.”

Justice Ginsburg led a revolution in the courts by challenging hundreds of state and federal laws that barred women from certain jobs and limited their rights. In one of her early cases on the Supreme Court, United States v. Virginia (1996), Justice Ginsburg wrote the major opinion in the 7-1 ruling, ending Virginia Military Institute’s male-only admissions policy.

Political leaders and colleagues of the late “Notorious RBG” have released statements sharing their memories of working with the brilliant jurist.

“With the passing of Ruth Bader Ginsburg, America has lost one of the most extraordinary Justices ever to serve on the Supreme Court. She was a magnificent judge and a wonderful person — a brilliant lawyer with a caring heart, common sense, fierce devotion to fairness and equality, and boundless courage in the face of her own adversity,” Former President Bill Clinton, who appointed Ginsburg 27 years ago, said.

“The magnitude of her legal legacy cannot be overstated. But her impact was even greater because she modeled for us and for women and girls around the world how to live a life that reflected her legal vision,” Abbe Gluck and Gillian Metzger, former law clerks of Justice Ginsburg, wrote in an opinion piece for The New York Times. “She was the hardest working, most deliberate person either one of us has ever worked for. She taught us to be strong and to stand behind our work. She gave countless women and men opportunities and support in the life of the law.”

Even before her historic career on the Supreme Court, Ginsburg was already inspiring young leaders in the fight for gender equality. She herself fought countless barriers as one of the few women at Harvard Law School eventually becoming the first tenured female professor at Columbia Law School and founding the Women’s Rights Project at the American Civil Liberties Union.

During her time at Rutgers Law School, Ginsburg taught seminars on women and the law which propelled her journey championing issues of gender equality.

“She’s irreplaceable,” Elizabeth Langer, a former Rutgers Law student who worked with Ginsburg, said. “She’s an incredible human being and an incredible lawyer and a very important person in the history of the women’s rights movement. And in my life, too.”

Statements not only commended Ginsburg’s legal and cultural influence, but also commented on the political battle likely to ensue over her succession.

Reported by NPR, before her death, Ginsburg dictated this statement to her granddaughter Clara Spera: “My most fervent wish is that I will not be replaced until a new president is installed.”

“Justice Ginsburg inspired the generations who followed her, from the tiniest trick-or-treaters to law students burning the midnight oil to the most powerful leaders in the land,” said Former President Barack Obama. “Ruth Bader Ginsburg fought to the end, through her cancer, with unwavering faith in our democracy and its ideals. That’s how we remember her. But she also left instructions for how she wanted her legacy to be honored.”

The news of Ginsburg’s death has shaken the nation. People have gathered across the country for vigils honoring Ginsburg’s incredible legacy. The vigils were both a memorial service, mourning the death of a champion of equality and justice, and a political statement against President Trump, Senate Majority Leader Mitch McConnell, and Senate Republicans.

The same night as Ginsburg’s death, McConnell vowed to hold a vote on Trump’s nominees to replace Ginsburg before the next president takes office. McConnell famously refused to hold hearings for President Obama’s nominee Merrick Garland six months before the 2016 election, claiming the vacancy should not be filled until the new president takes office. McConnell and Senate Republicans have now hypocritically reversed their positions, ignoring Ginsburg’s dying plea by promising to replace her with only 45 days until the election.

The death of Justice Ginsburg has thrust the nation into a tumultuous political war over the Supreme Court. Democratic online donors have already set a new one-day fundraising record on ActBlue, raising over $70 million as of Sept. 19 to support key Senate races.

Justice Ginsburg’s tenacity and strength has inspired a new generation of fighters who are standing up to carry on her legacy, fighting to create a more equitable and just society for all.