Biden’s VP Kamala Harris and Where She Stands on Climate, Food, Animal, and Public Health Policy 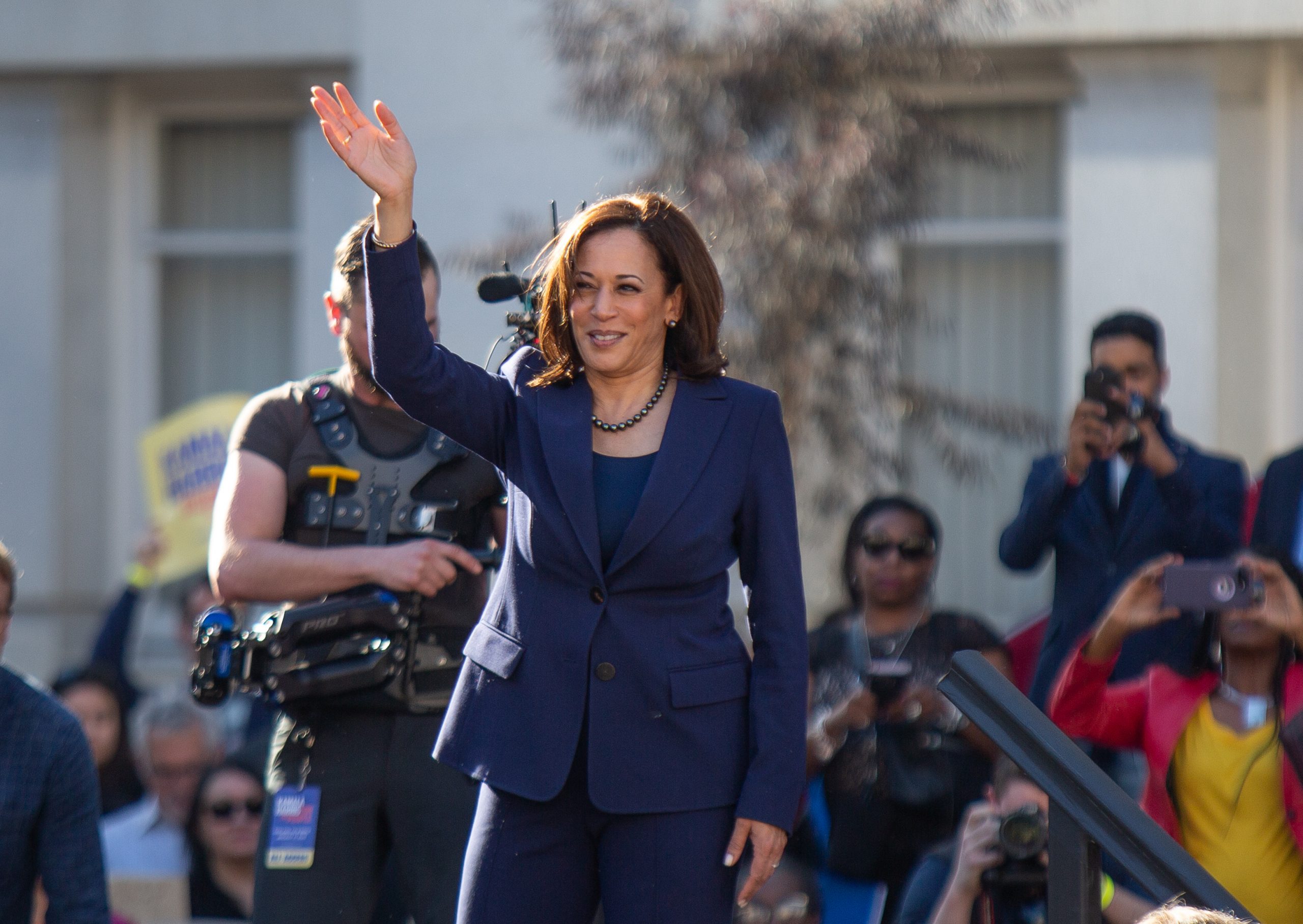 “You make a lot of important decisions as president. But the first one is who you select to be your Vice President,” Biden said in an email to supporters Tuesday afternoon. “I’ve decided that Kamala Harris is the best person to help me take this fight to Donald Trump and Mike Pence and then to lead this nation starting in January 2021.”

“These aren’t normal times,” Biden added. “I need someone working alongside me who is smart, tough, and ready to lead. Kamala is that person.”

Known as a pragmatic lawmaker in Washington, Harris has a strong professional career from her role as a district attorney to her time in the Senate and her presidential campaign.

Harris is the daughter of Jamaican and Indian immigrant academics and is a graduate of Howard University in Washington, D.C., and the University of California Hastings College of the Law in San Francisco.

In 2016, Harris became the second Black woman in U.S. history to be elected to the U.S. Senate. She gained national prominence from her sharp questioning of Attorney General Jeff Sessions, Attorney General William Barr, and Supreme Court Justice Brett Kavanaugh during her time on the Senate Judiciary Committee.

During her presidential bid this year, she excelled on the debate stage and even clashed with Biden on issues of race and busing. After she ended her presidential campaign, Harris threw her support behind Biden and turned her attention back to the Senate where she championed proposals to overhaul policing and make lynching a federal crime.

Here’s a look at her experience with and stances on climate change, food and agriculture issues, animal rights, and public health.

Throughout her career, Harris has worked to hold fossil fuel companies accountable for their impact on the environment.

During her time as California’s Attorney General, Harris indicted Plains All-American Pipeline on criminal charges due to an oil spill in 2015, launched an investigation of Exxon Mobil, and won an $86 million settlement from Volkswagen for the state of California for the costs of its diesel emissions cheating scandal.

As a senator, Harris continued to hold fossil fuel companies accountable and was also a cosponsor of Green New Deal. She has introduced climate equity legislation with Rep. Alexandria Ocasio-Cortez that would require any environmental regulation or legislation to be rated based on its impact on low-income communities, which are disproportionately hit by the effects of climate change. Harris also worked with Sen. Tammy Duckworth and Sen. Cory Booker to introduce another measure to help the low-income and minority communities that bear the brunt of air and water pollution.

During the Democratic primary, Harris released a $10 trillion climate proposal to build a clean economy by 2045, invest in clean energy, protect public lands, end subsidies to fossil fuel companies, and bolster the EPA. During a CNN town hall, Harris stated, “there’s no question I’m in favor of banning fracking,” but a fracking ban was not included in her climate proposal. Biden supports a limit on fracking but not a complete ban.

Harris has been an outspoken advocate for farmworkers. She introduced the Fairness for Farm Workers Act to require overtime pay for farm workers and remove exemptions for minimum wage requirements. She also co-sponsored the Agricultural Worker Program and various food and agriculture proposals, such as SNAP for Kids ACT and the Equitable Nutrition Assistance for the Territories Act.

In CNN’s climate town hall during the Democratic primary, Harris said she supports healthy food policy that “creat[es] incentives that we will eat in a healthy way, that we will encourage moderation, and that we will be educated about the effect of our eating habits on the environment.”

The Humane Society Legislative Fund, which rates legislators based on their voting behavior on animal rights issues, gives Harris a lifetime score of 100%. During her time as Attorney General, Harris supported California’s bans of battery cages, shark finning, and the production and sale of foie gras.

Amid the coronavirus pandemic, Harris has worked to help the most vulnerable communities deal with the virus and its widespread effects. She announced the Rent Emergencies Leave Impacts on Evicted Families (RELIEF) Act, which aims to ban evictions and foreclosures for a year, prevent utility companies from cutting off services, prohibit landlords from raising tenants’ rent, and prevents negative credit reporting as the U.S. faces a rough economic downturn.

She authored the COVID-19 Racial and Ethnic Disparities Task Force Act, which would set up a task force to tackle the racial disparities in coronavirus cases and deaths.

In terms of health care, Harris’s position has wavered from being a sponsor of the Medicare for All bill to releasing her own health care plan during her presidential campaign that would allow limited plans from private insurers with new requirements to keep costs low without raising taxes on the middle class.

Harris has a long liberal record of advocating for a path to citizenship for undocumented immigrants, protecting marriage equality and LGTBQ+ rights, increasing the minimum wage, ending wage discrimination, and more.

Still, her prosecutorial record has been scrutinized by progressives, labeling her a “cop” during the Democratic primary season. Harris’ prosecutorial history may reemerge in the general election as the nation continues to grapple with police brutality and systemic racism.

However, many saw Harris as the top contender among Biden’s vice-presidential picks since she is a sitting Senator, has become an influential figure in Democratic politics since her presidential bid, and represents the “diversity of the Democratic political coalition” and country at-large.

Biden and Harris are set to deliver remarks in Biden’s hometown of Wilmington, Del., on Wednesday, Aug. 12 and together hold a virtual fundraiser.