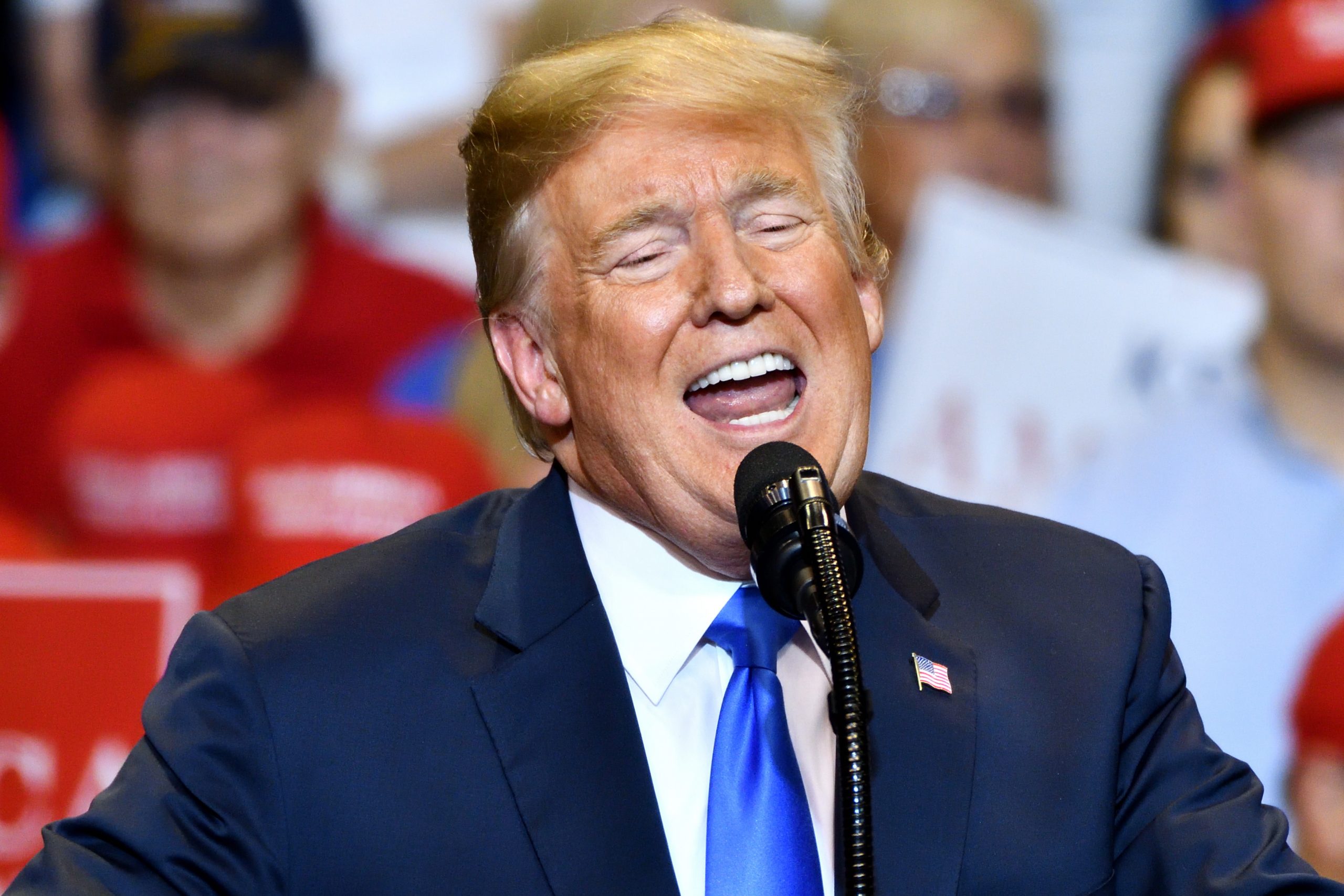 On Tuesday night, President Trump and former Vice President Joe Biden took the stage for the first presidential debate this year that ended up being a chaotic 90-minute mess of nonstop interjecting and vicious heckling from Trump.

Almost immediately, Trump interrupted Biden and moderator Chris Wallace every moment he could, belittling the Democratic nominee and asserting blatant falsehoods and ad hominem attacks. In the rare moments when Wallace attempted to control the debate topics, Trump would talk back, spinning the conversation into a wholly different direction.

Here’s a look at the key events from the presidential debate unlike any other in recent American history:

Throughout the night, Trump tried to divert attention from substantial topics like climate change and public health as a way to avoid Biden calling out the president’s shortcomings. Instead, Trump took aim at Biden’s college history to family life.

On the topic of American troops, Trump has previously called U.S. veterans “losers” and “suckers.” During the debate, Biden took a moment to mention his late son Beau Biden’s service in Iraq as example of the heroic work American veterans do every day by serving the country. In a startling moment, Trump completely dismissed Biden’s dead son, interrupting Biden’s emotional comment with an unfounded tirade against Biden’s other son, Hunter Biden.

Trump used Hunter Biden as a constant interjecting point, hoping to rile up Biden with an issue close to his heart, family. Maintaining his composure, Biden spoke directly to the camera, a powerful moment to refocus on the debate on what actually matters in an election.

“This is not about my family or his family, this is about your family — the American people,” Biden said. “He doesn’t want to talk about what you need.”

While Biden focused on delivering statements on his climate policy and healthcare plans, Trump’s constant interrupting did take a toll on him. The former Vice President not only looked tired of Trump’s heckling but also let out what viewers were thinking, saying “will you shut up, man?” and “will he just shush for a minute.”

"Will you shut up, man?" — Biden to Trump pic.twitter.com/F1oX6VM7Wz

Biden took the opportunity to explain how Trump is responsible for the deaths of more than 200,000 Americans from the coronavirus. In a powerful moment away from Trump’s bickering, Biden turned directly to the camera and addressed the American people.

“How many of you got up this morning and had an empty chair at the kitchen table because someone died of COVID?” he asked, looking through the camera into homes across the country. “How many of you are in a situation where you lost your mom or dad and you couldn’t even speak to them and had a nurse holding a phone up so you could, in fact, say goodbye?”

“[Trump] said, ‘It is what it is,'” Biden continued, referring to the president’s reaction to rising COVID-19 death toll.

Trump claimed he got masks and ventilators and prevented the “China plague,” as he calls it, from wreaking havoc on the country. On the contrary, as Biden pointed out, Trump knew about the severity of the virus back in February and failed to heed the advice of several public health officials in January.

Instead, the president downplayed the virus, promoted false treatments, and withdrew funding from organizations on the front line fighting COVID-19.

On this issue, Trump continued to spew lies related to the virus claiming “we’ve had no negative effect” from holding rallies. However, Trump’s rally in Tulsa in June contributed to a rise in COVID-19 cases in the city according to public health experts. Herman Cain, former presidential candidate, was hospitalized with the coronavirus after attending Trump’s Tulsa rally, and later died from the virus.

On the question of a vaccine, Trump continued the false narrative that a vaccine could be already this year.

“This is the same man that told you by Easter this would be gone away,” Biden highlighted. “By the warm weather it would be gone, like a miracle. And maybe you could inject bleach in your arm, and that would take care of it.”

Wallace posed a direct question to the president: “Are you willing to condemn white supremacists and militia groups”?

In a horrifying moment, Trump responded by telling the Proud Boys, a violent, far-right group, to “stand back and stand by.”

Telling a hate group to “stand by” is far from denouncing them – the president’s words have emboldened them.

Trump tried to pivot by incorrectly arguing that the antifa is a more serious problem and that violence is a not right-wing issue. Trump’s own FBI director said earlier this month that antifa is an ideology, not a group. Rather “racially motivated violent extremism,” from mostly from white supremacists constitutes the majority of domestic terrorism threats according to the FBI director.

“This is a president who has used everything as a dog whistle to try to generate racist hatred,” Biden noted during the debate.

Clashes on Election Legitimacy End the Night of Bickering

In the final moments of the debate, Trump continued his baseless claims that mail-in voting will cause massive voter fraud.

As Biden pointed out, Trump’s Homeland Security Sec. Chad Wolf and FBI director Christopher Wray both agree “there is no evidence at all that mail-in ballots” are being manipulated and cheated.

Nevertheless, Trump continued to cast doubt on the election “urging [his] supporters to go into the poll and watch very carefully” which essentially amounts to voter intimidation which is illegal.

“This is all about trying to dissuade people from voting because he’s trying to scare people into thinking that it’s not going to be legitimate. Show up and vote. You will determine the outcome of this election. Vote, vote, vote,” Biden said.