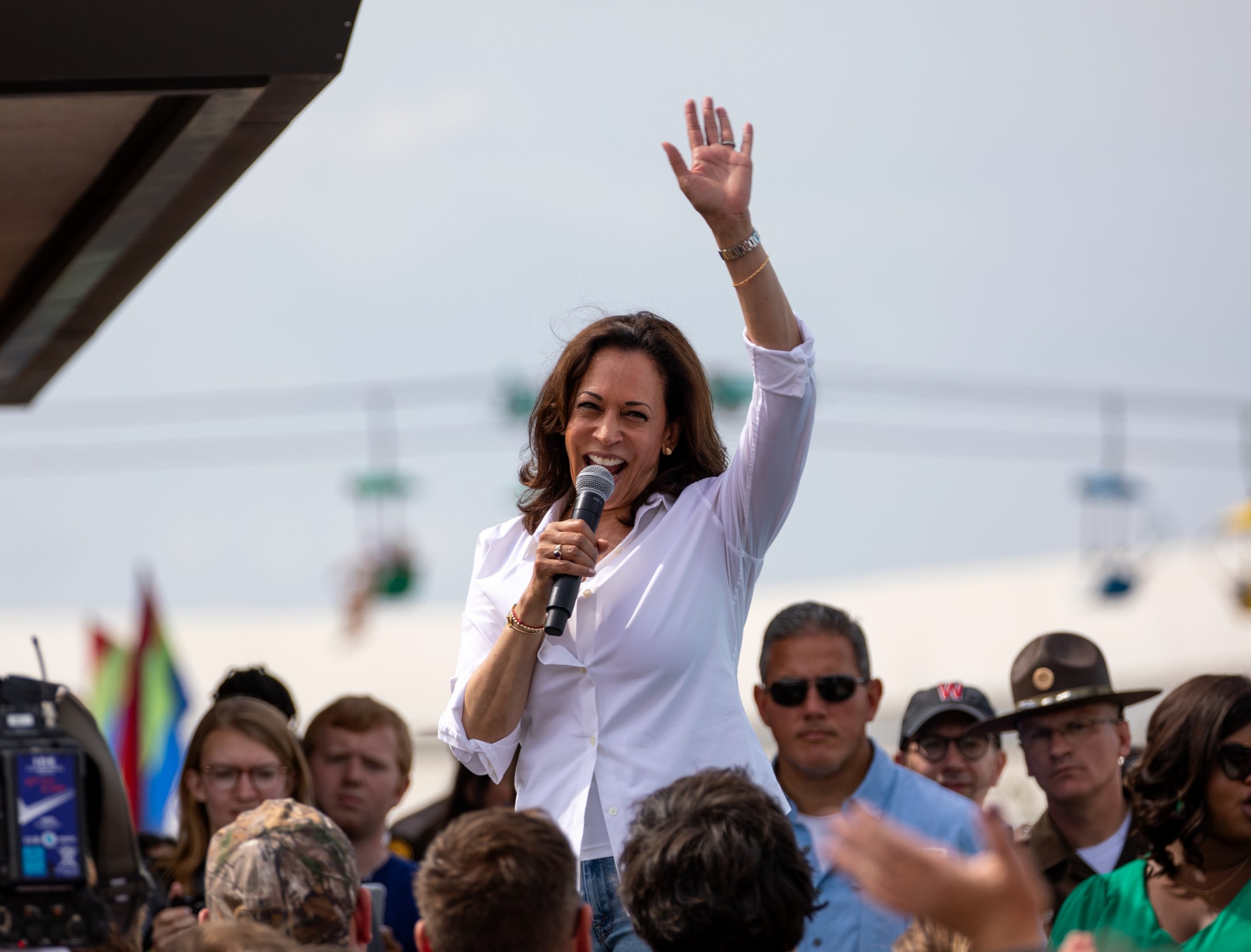 More incredible speakers delivered powerful remarks on the third night of the Democratic National Convention, with many calling attention to the two deadly crises that have plagued the country even before the COVID-19 pandemic: gun violence and climate change.

Gabrielle Giffords, the former Arizona congresswoman who was shot in the head in 2011, shared her story as one of the many Americans affected by gun violence which kills an average of 100 per day.

“Words once came easily, but today I struggle to speak. But I have not lost my voice,” she said. “America needs all of us to speak out, even when you have to fight to find the words. We are at a crossroads. We can let the shooting continue, or we can act. We can protect our families, our future. We can vote.”

The third night featured a strong lineup of speakers; here’s a look at some of the biggest moments from Sen. Kamala Harris and President Obama.

The DNC honored the centennial of the 19th Amendment by dedicating a segment to the suffrage movement. Women were also celebrated at the convention by featuring a string of strong female leaders including the Speaker of the House Nancy Pelosi, Hillary Clinton, Sen. Elizabeth Warren, and culminating with the historic vice-presidential nominee, Sen. Kamala Harris.

Sen. Kamala Harris, the first Black and South Asian woman to be on a major party’s ticket, accepted the Democratic nomination for the vice presidency.

She took the time to lay out all the women who paved the way, including Mary Church Terrell, Mary McLeod Bethune, Fannie Lou Hamer, Diane Nash, Constance Baker Motley, and Shirley Chisholm. The most foundational woman in Harris’s life, as she added, is her immigrant mother, Shyamala Gopalan Harris who took her as a toddler to civil rights marches in Oakland and Berkeley.

“She is the melting pot of the core values this country was founded on. Kamala represents the trifecta of the most oppressed and marginalized groups in this nation: immigrants, minorities and women,” said Preeta Sinha, Founder of One Green Planet. “I look forward and hope she will be the leader that finally pushes this country to what it has always aspired to be.”

After honoring her mother and underlining the importance of family, Sen. Harris criticized President Trump for failing to address the COVID-19 pandemic and noted how structural racism amplifies the effects of the coronavirus on communities of color.

“This virus has no eyes, and yet it knows exactly how we see each other — and how we treat each other,” Harris said. “And let’s be clear — there is no vaccine for racism. We’ve gotta do the work.”

From the National Constitution Center in Philadelphia, President Obama delivered an extremely powerful speech, slamming Trump’s utter disregard for this country and for the institution of democracy.

“He’s shown no interest in putting in the work; no interest in finding common ground; no interest in using the awesome power of his office to help anyone but himself and his friends; no interest in treating the presidency as anything but one more reality show that he can use to get the attention he craves. Donald Trump hasn’t grown into the job because he can’t,” said Obama. “And the consequences of that failure are severe.”

“This administration has shown it will tear our democracy down if that’s what it takes to win,” said Obama.

Obama also attested to Biden’s character and vision: “For eight years, Joe was the last one in the room whenever I faced a big decision. He made me a better president — and he’s got the character and the experience to make us a better country.”

“That empathy, that decency, the belief that everybody counts — that’s who Joe is,” said Obama.

While Obama commented on the bleak state of the nation under President Trump, he also reminded us all to continue fighting, drawing on the strength of past leaders like the late John Lewis.

“Do not let them take away your power. Don’t let them take away your democracy. Make a plan right now for how you’re going to get involved and vote,” said Obama. “Do what Americans have done for over two centuries when faced with even tougher times than this — all those quiet heroes who found the courage to keep marching, keep pushing in the face of hardship and injustice.”