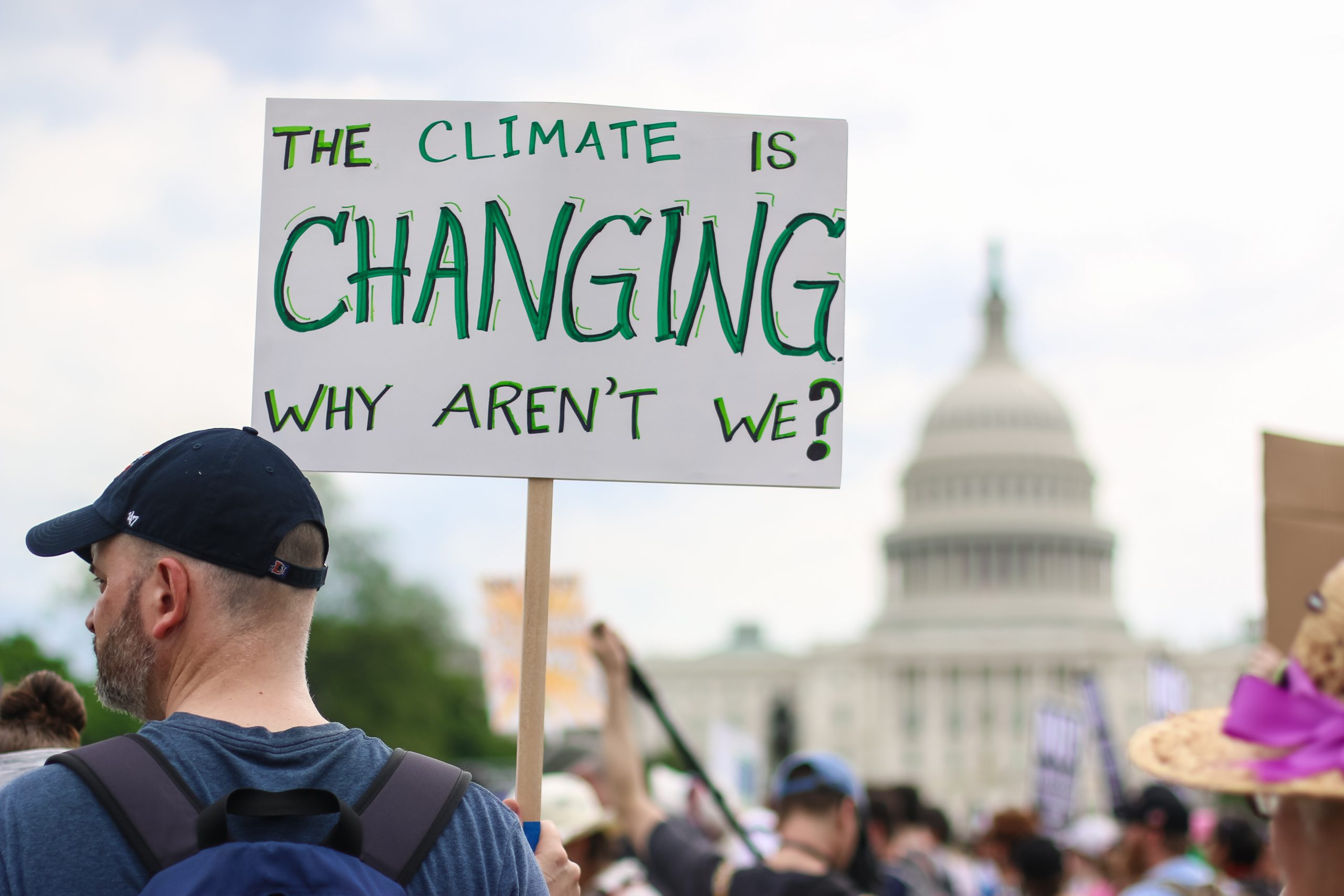 This reflects the growing importance of climate change for U.S. voters who now consider climate to be a top-tier issue. The increased concern comes as massive wildfires, droughts, and heat waves have become more frequent in recent years – and around three-quarters of Americans report having seen the effects of climate change firsthand.

“You know, I’d like to talk about climate change,” moderator Chris Wallace said after over an hour of heckling from Trump.

“So would I,” Biden answered.

In fact, Trump and his administration have gutted over 100 environmental laws and rules since taking office. Claims that he has helped the environment are easily proven wrong with one glance at his record in office.

In response to the current wildfires devastating the west coast of the U.S., Trump said we simply need forest management to prevent fires, echoing a talking point the president has been using since 2019.

Trump’s comments about forest management are not only misleading but ironic as the majority of California’s forestlands are controlled by the federal government; failed forest management falls on Trump’s own shoulders.

“Trump’s comments were largely in line with his previous statements, notably his continued, mostly wrong, and overly-narrow focus on forest management practices as the cause of wildfires, which the science does tell us are fueled by a changed climate,” Nathan Hultman, director of the Center for Global Sustainability at the University of Maryland, told NBC News.

Unlike Trump, Biden used the opportunity to outline specific aspects of his $2 trillion climate plan including upgrading 4 million buildings to increase energy efficiency, achieving 100 percent clean electricity by 2035, and creating millions of sustainable jobs. Biden touched on plans to stop deforestation in the Amazon as well as rejoining the Paris Climate Accords.

Trump tried to link Biden to the Green New Deal as part of the president’s tactics to incorrectly paint the former Vice President as a left-wing progressive. Biden responded by stating, “The Green New Deal is not my plan.”

Trump continued his attack on the Green New Deal, falsely claiming the plan would “rip down buildings and rebuild the building,” put airplanes and two-car systems out of business, and “take out the cows.”

The resolution, as introduced in the House, does not mention cows at all nor does it get rid of cars or air travel.

In general, the debate revealed the stark differences not only between the candidates’ eloquence and composure but also key policy points on climate.

Read more about climate change and the presidential election: