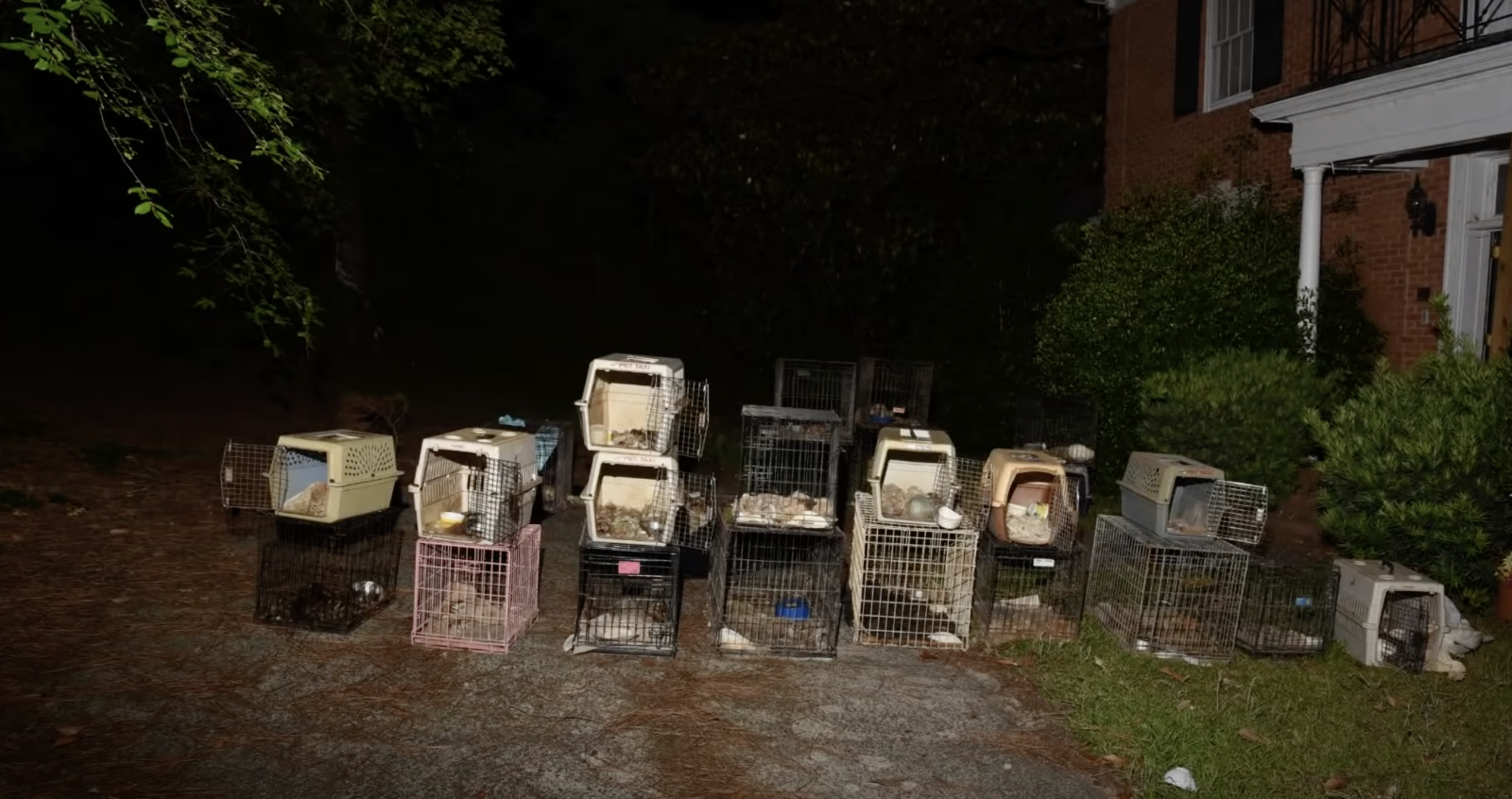 30 dead dogs and cats were found inside the home of the CEO of a non-profit animal rescue organization in South Carolina.

Caroline Dawn Pennington, the director and CEO of GROWL animal rescue, was taken into custody and is facing 30 counts of ill-treatment of animals.

Deputies for the Richland County Sheriff’s Department responded to a report of a smell of death coming from Pennington’s home. Investigators found the remains of 30 decomposing animals in her home, 28 cats and two dogs.

The animals were all found in different states of decomposition, and many of them were dead in their own waste. They were in crates and cages, and officials reported that it looked as if the animals had died from dehydration and starvation. Many of the animals appeared as if they had been dead for several months.

“The home was in disrepair from general neglect,” Lt. Joe Clarke told WLTX. “The surfaces of the floor and the cabinets were covered in fecal matter, there were areas you could tell these animals had urinated. It smelled bad, it’s summer, it’s humid. As we were walking through the home, we kept finding dead animals in carriers… Some were unidentifiable as dogs or cats.”

Leon Lott with the Richland County Sheriff’s Department told USA Today that it was one of the worst animal cruelty cases that they had ever seen.

“This is someone who was entrusted by the community to care for these animals and find them homes,” Lott said. “She betrayed that trust and she betrayed the trust of these innocent animals who relied on her.”

In addition to her role at GROWL, Pennington was also employed at the Kershaw County Humane Society. The shelter confirmed that Pennington no longer works there in a Facebook post saying,

“We were unaware of the former employee’s actions and are truly shocked and heartbroken. Our dedicated staff will continue with our mission to serve the lost and homeless pets of Kershaw County.”

Anyone who has made documented donations to GROWL in the last 12 months is asked to contact the sheriff’s department. This is an incredibly sad case, and those animals deserved better.