All About the Health Benefits of Flaxseeds, with Tips and Recipes 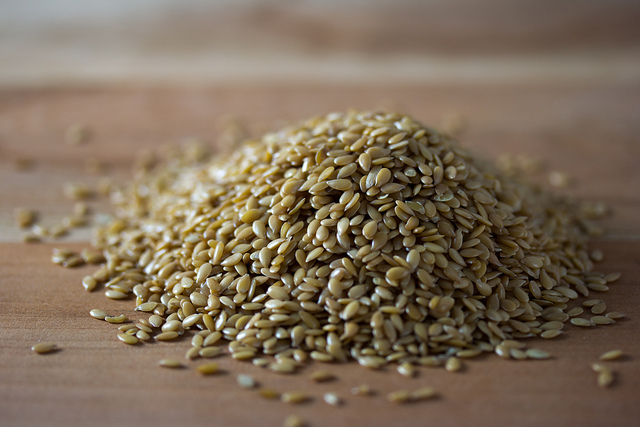 They’re golden, tiny, tasty and perhaps one of the most wholesome seeds to sprout from our beautiful earth–they’re flaxseeds, and no matter what form you eat them in, the nutritional benefits are plentiful.

The use of flax dates as far back as Ancient Egyptian times, where flax fibers were used to produce linen. Over time the crop became one of the most important ones throughout Europe and North America until cotton became cheaper and easier to obtain. Even now, hundreds of years later, we still use the plant’s fibers for linen, but we also make use of this incredible superfood by taking advantage of its healthful nutrients as well.

Flaxseed can be purchased and consumed two ways: whole or milled. While whole flaxseeds add crunch and texture to recipes, they unfortunately pass right through the digestive system because they’re so small, so your body won’t have a chance to absorb their nutrients. Milled, or ground, flaxseed on the other hand will not pass through your digestive system, and your body can enjoy all of the healthful benefits.

This seed also makes an excellent cracker. Sprouted flaxseeds are often combined with other seeds and powders to make a light, crunchy, nutritious treat that is a much better alternative to conventional crackers (and much tastier, in our opinion!).

But if seeds aren’t your thing, you can still enjoy the benefits of flax in different forms–as an oil and as milk. Talk about a superfood!

The Power of Flax

Flaxseeds may be tiny, but they’re packed with all sorts of good stuff. Just one or two tablespoons are all you need.

It is important to note, though, that overconsumption of flaxseeds in one sitting could have a laxative effect because of its high fiber concentration. So when using them in recipes, remember that less is more!

Get Your Flax On

You easily get your daily dose of flaxseeds by sprinkling them onto your cereal in the morning. But there are tons of recipes that incorporate flaxseeds, and you may be surprised to see how varied they are. If flaxseeds intrigue you as much as they do us, then try a few of the recipes below from our Green Monsters and fall in love with one of the most nutritious foods around!

Flaxseeds in Baked Goods (there’s so many to choose from, but these are some of our favorites!)

Flaxseeds really make for a great addition to almost any recipe as a wholesome, nutritional boost. They’re also convenient to purchase–usually packaged in a bag–and very affordable. Not bad for a tiny little seed, huh?

Got a great flax recipe? Share it with us!