Get Your Guava On! Health Benefits and Product Picks 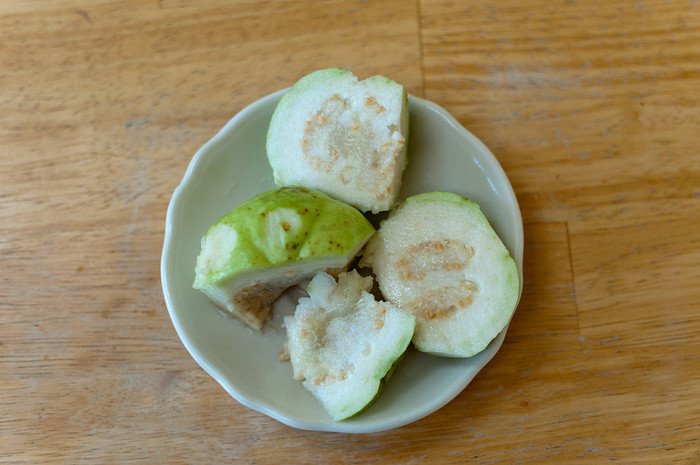 An apple a day to keep the doctor away might have been the answer some twenty years ago, but nowadays there are plenty of exotic fruits available that pack a larger nutrient punch than an apple ever will. One of these superfoods or rather, superfruits is guava, which is fairly easy to come by now and is definitely not strange by any measure. In a study from 2011, a series of tests were conducted on Indian fruits and out of all of the ones tested, guavas came out on top with the highest concentration of antioxidants, carrying just under 500 milligrams per 100 grams of antioxidants.

Guavas are grown widely now in sub-tropical and tropical areas including the Caribbean, Southeast Asia, South Asia, Africa, New Zealand, Australia, Spain, Hawaii and in some subtropical regions of North America. The fruit is native to Mexico, Central America and northern South American though. The most commonly eaten variety of guavas is the apple guava, yet other species do exist such as the lemon guava, pineapple guava and strawberry guava.

These fruits are usually not eaten cooked, although they are more frequently being incorporated into cooked dishes with the advent of new culinary terrains. Typically guavas are eaten raw and often converted into jams, jellies and juices for the commercial market. They can also be candied into sweet treats.

Guavas have numerous health benefits thanks to their powerful antioxidant levels and high nutrient content. Below, we give you a breakdown of why guavas deserve a spot in your diet.

1. Cancer prevention. Guavas can help stop the growth of cancerous cells, especially those that can morph into prostate cancer, breast cancer and oral cancers. This is due to the fruit’s richness in lycopene, an antioxidant that has been successful in inhibiting the growth of cancer cells

2. Vision health. Guavas contain a good amount of vitamin A, which has been shown to slow down degeneration and the appearance of cataracts.

3. Brain health. B3 and B6 vitamins are packed inside guavas, both of which are known to stimulate cognitive functions and sharpen your focus.

4. Constipation relief. Guavas are great sources of fiber, which helps maintain healthy bowel movements. Plus, their seeds can serve as laxatives if ingested whole or chewed.

5. Weight loss help. Guava’s combination of high vitamin, mineral and protein levels and zero cholesterol and low number of digestible carbohydrates make it a great choice for those looking for a healthy snack while dieting.

If you’re new to guavas, then it might be a good idea to start out with some guava-made products first. The following five vegan product picks should do well to introduce you to this deliciously nutritious superfood.