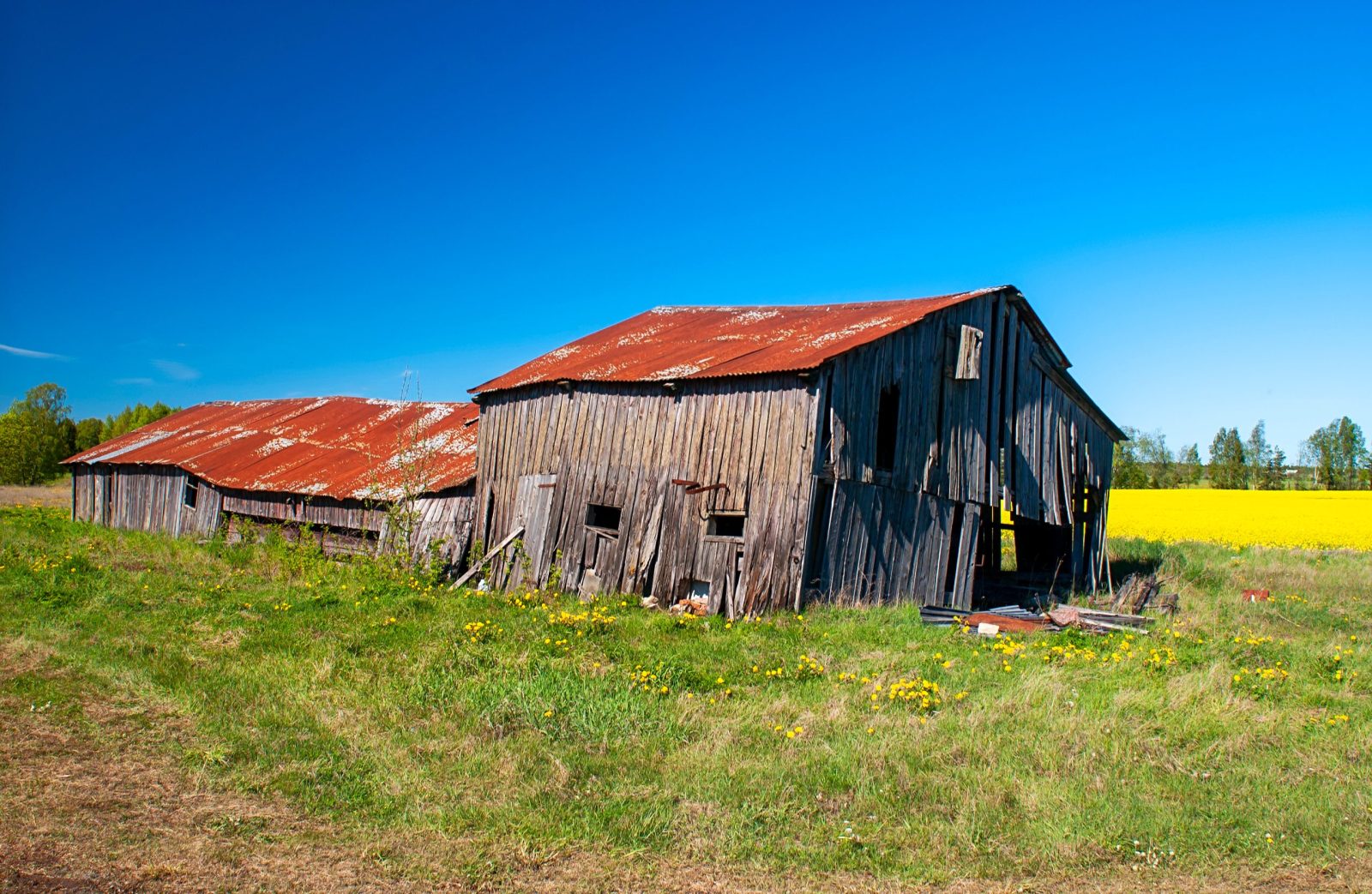 Jeff Schofield is a sculptor and mixed art media artist who focuses on sustainability and the connection between humans and nature, and how they impact one another.

According to the Detroit News, Schofield was an architect for 25 years in Paris and Dubai before he turned to eco-art full time. He has created large pieces from razed barns and burned branches from local forest fires, weeds, and other plants that he’s found near his home in Pontiac, Michigan.

He told Detroit News, “I want to be provocative,” he said. “I want to confront the viewer.”

He refers to himself as a sustainable artist as he strictly uses objects that he finds for his work. Because of this, Schofield doesn’t know when inspiration will strike.

Schofield told Detriot News that even during his long career as a successful architect, he was always drawn toward sustainability and environmentally friendly structures. He worked hard to get Leadership in Energy and Environmental Design (LEED) certified buildings. When he first began to shift to art in 2008, he used objects that he found on construction sites.

“I would throw it (materials) on to make it look like the noise and dust of a construction site,” said Schofield.

In his studio, he has an installation called “Barn Razing,” which features dozens of wooden beans that he collected from a 19th-century barn that he found during an art residency. The beams all come out from the piece at different lengths

“One of the women who works at the residency is the daughter of a demolition guy and he was going to take this barn down. I said ‘No, wait, wait, wait,'” said Schofield. “I got the exterior wood and floor boards from inside. This barn was there for 140 years and only in the last 10 years it started to fall apart due to excessive storms, windows. Due to climate change, it couldn’t resist.”

When Schofield creates his mixed-media sculptures, he uses just about anything and everything. In one of his series titled “Trash to Treasure,” he uses everyday objects that would normally be eventually thrown away, like toys, cars, crayons, and bottle caps.

“I don’t really know where the ideas come from,” said Schofield. “Not really. But I have an institution. The idea doesn’t come to me as a formed idea in my brain. sometimes it has to evolve.”

Schofield has a solo exhibition this July at Hamtramck’s Hatch Art called “Atmospheric Pressures.” He also plans to do some of his performance art at the exhibition that will focus on what will happen if global warming continues to rise.

“We keep going the way we are — conflicting with nature — we’re going to exceed those four degrees. This is an imbalance.”

It’s so amazing to see art created from what some would have simply thrown out without a second thought. It goes to show that even just an old barn that looks like nothing to someone can be transformed into a beautiful piece of art for people to enjoy.