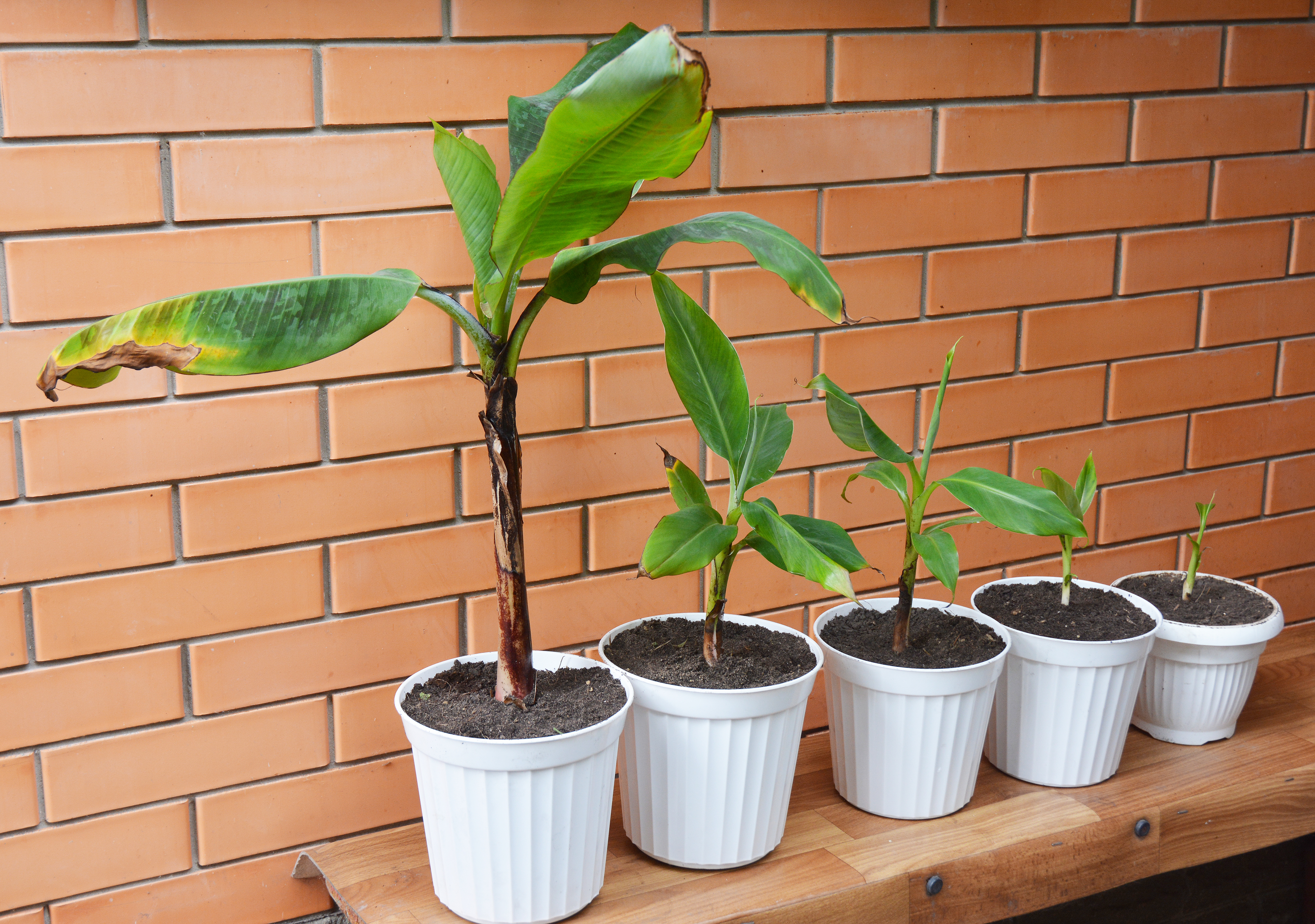 That’s only to ground us in reality. It’s not to say we shouldn’t try.

Bananas come from the Musa genus of plants, and though commonly referred to as trees, they are actually gigantic herbs, distant relatives of ginger. Their “trunks” aren’t trunks but pseudo-stems, more like a collection of leaves wrapped around each other. Their actual stems are rhizomes, underground stems, which send fast-growing shoots up to give us what we recognize as banana “trees”.

In reality, these trees only grow long enough to flower and fruit then die to make way for the next shoots. Normally, that progression takes less than a year. That said, they do get very large, some over 30 feet tall, and they produce a tremendous amount of biomass, not to mention fruit. One tree can easily provide 50 pounds of bananas. 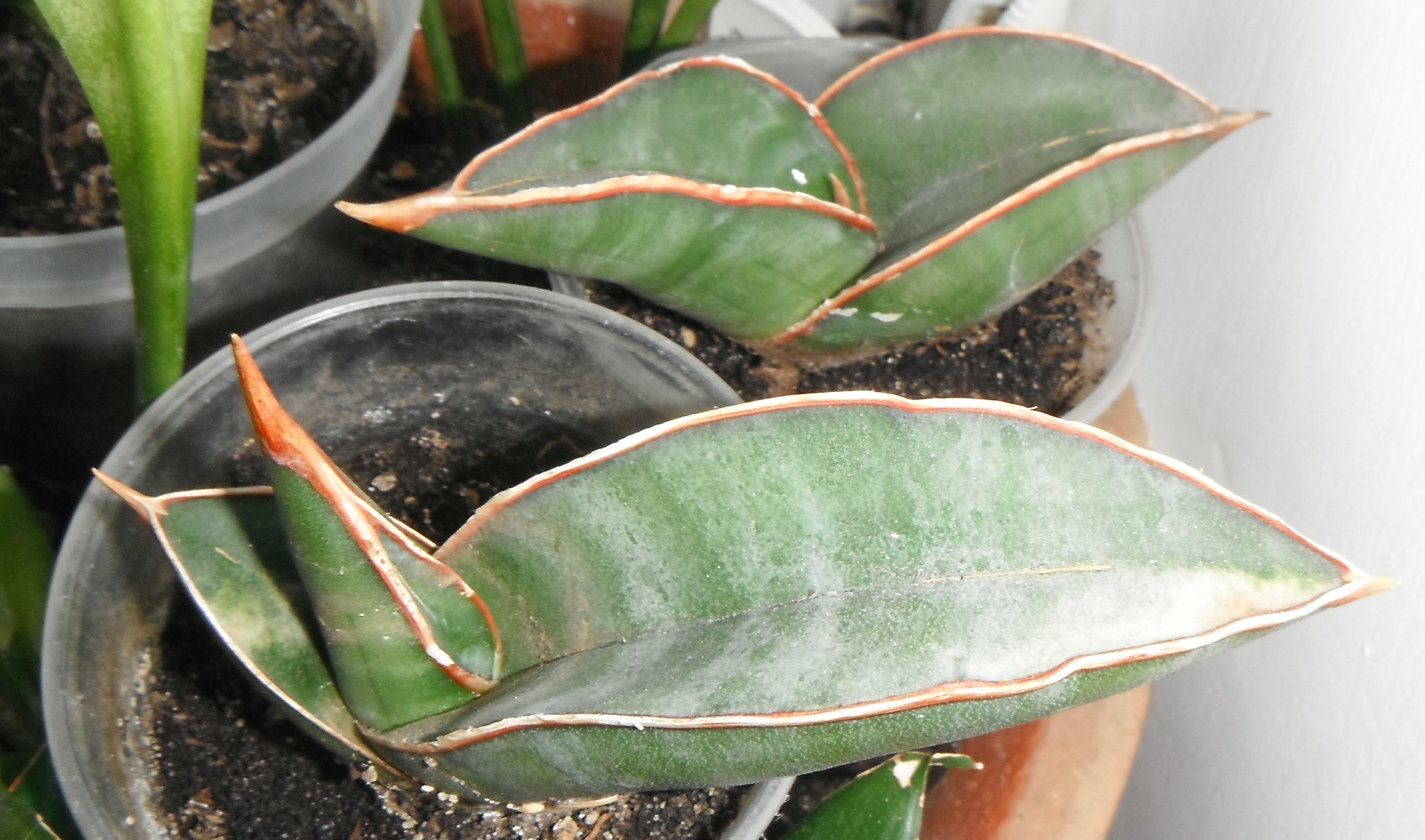 Bananas can’t be grown from seed; rather, they are grown from a piece of rhizome taken from the original source of the bananas. Other plants with rhizomes, such as ginger and turmeric, are propagated the same way. These types of plants are typically very easy to start because they behave like root-propagated weeds such as dandelions, comfrey and horseradish. In the right conditions, a piece planted is more than likely to grow anew.

However, productive banana plants prefer a temperature range between 75-85 degrees and a humidity level of at least 50%. They need that consistently for most of the year in order to produce well. They also want for plenty of water. The plants, though, can be grown almost entirely throughout the contiguous United States and enjoyed for a few months of the year. In most places, any hope of production will require concerted effort.

The challenge for producing bananas in cold weather is having the fruit mature in time. Certain places in the US, such as southern Louisiana, southern Texas, and southern California can have a long enough season, but beyond that, the situation is tougher. It takes five or six months of growth before bananas appear and another three months for them to mature. And, that’s when the days have twelve hours of sunlight and plenty of warmth as in the tropics. What’s more likely to happen in the US is that the bananas will appear in the summer, and the plant won’t make it long enough for them to mature.

Some people take the unripe bananas and put them in a plastic bag with apples to get them to go yellow. However, the sweetness won’t have arrived, and the bananas will be bland (kind of the way artificially ripened tomatoes aren’t as good as ones from the garden). Green banana burgers, made by grating green bananas and mixing that with onions and whatnot, are very good, and the unripe bananas can be used in many other recipes.

Another good possibility for the banana plant as food is using the banana leaves for steaming stuff or wrapping homemade tamales. They also make great compostable plates. 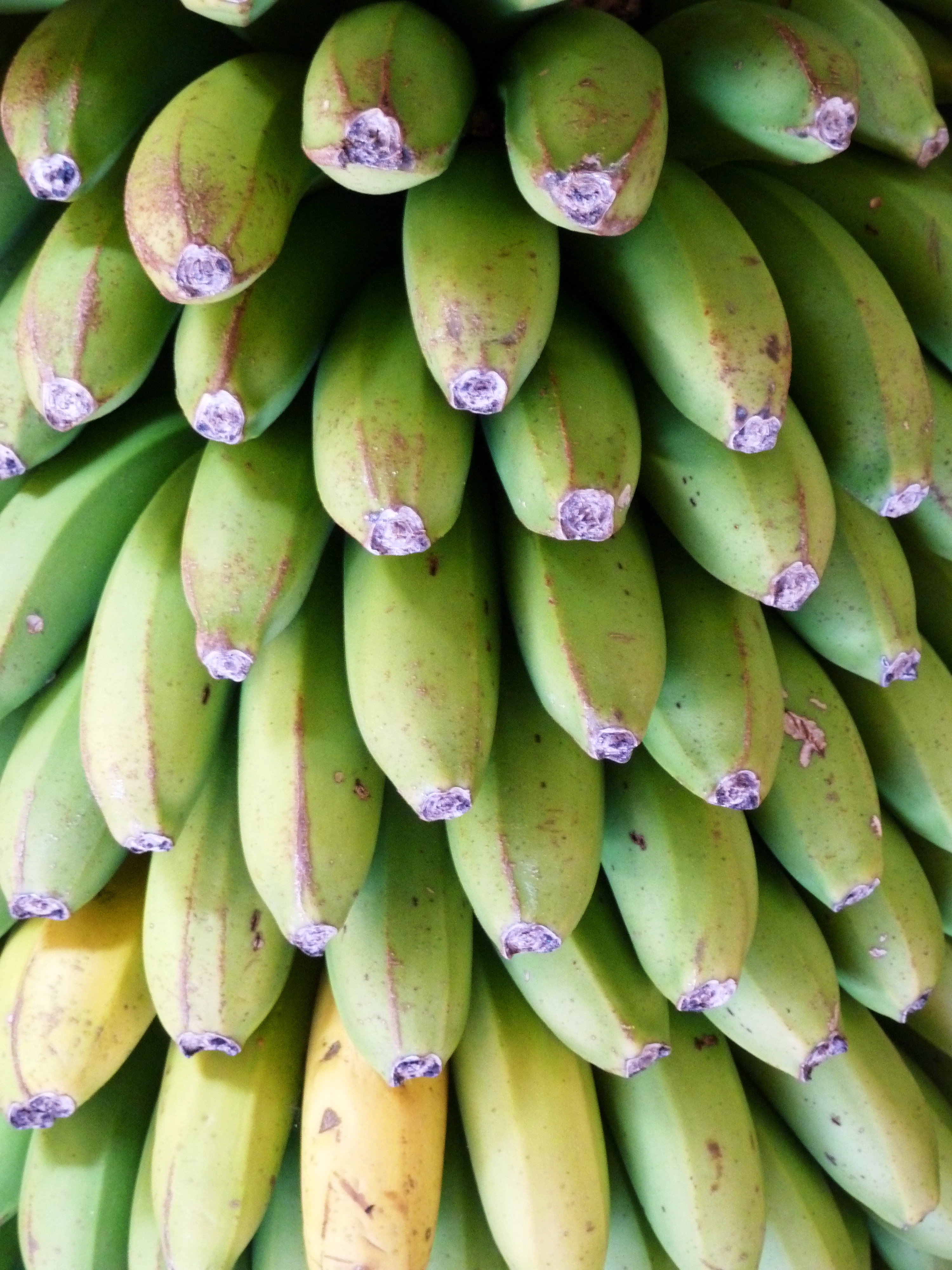 All that said, there are people who manage to get a bunch of bananas every now and again by adjusting the micro-climate, choosing the right species and taking protective measures.

Suffice it to say, we won’t soon be producing bananas commercially in the continental US, but it can be a fun experiment for adventurous gardeners here. And, at least the plant will provide useful stuff like beauty, mulch material, biomass, and other edible parts if the bananas don’t work.