Nowadays, when we buy tomatoes from the supermarket, they likely have several characteristics that are working against flavor. For example, many are grown hydroponically, without the myriad of mineral offerings of actual soil. Or, they are grown in hothouses, where sun and fresh air and all those natural components are minimized. And, the list, as you’ll soon see, goes on.

But, for starters, indeed homegrown tomatoes — the way tomatoes used to be cultivated — are biologically, nutritionally, and flavorfully better. So, why is that? 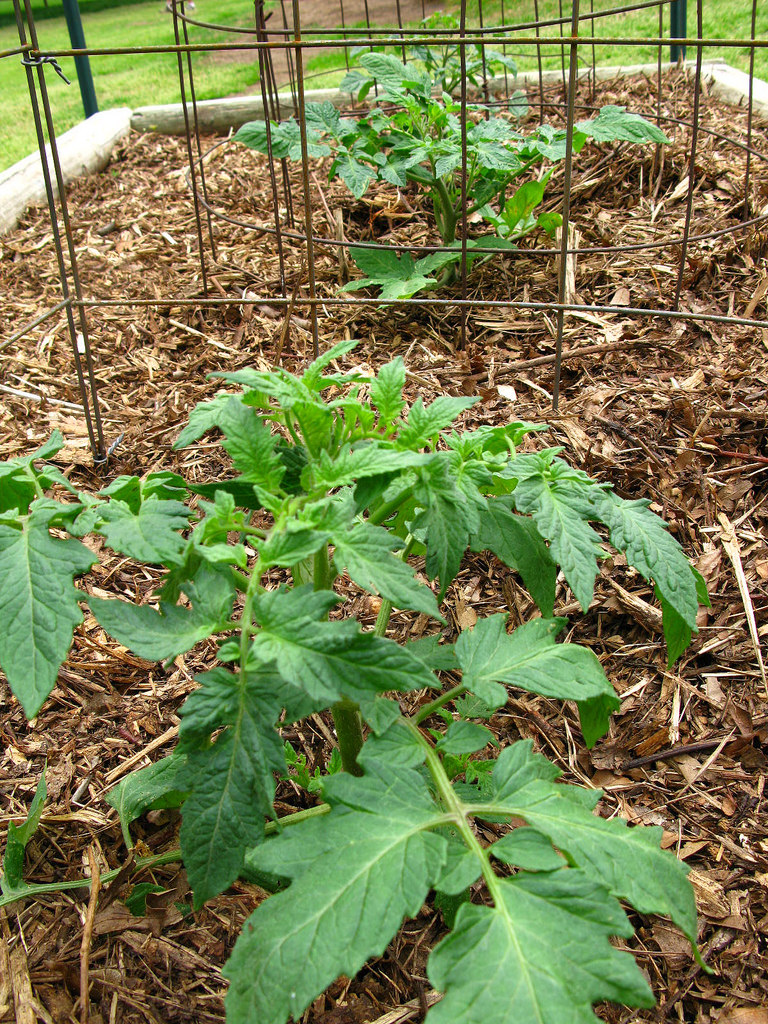 Industrially-grown food is bound to be lacking because it doesn’t have the biological backing that it needs. Tomato plants were meant to be grown in soil, and soil was meant to be replenished with organic matter, not chemicals. Industrialized soil doesn’t give us the same vitamin and mineral content, and our taste buds can tell the difference. Homegrown tomatoes are more likely to be grown organically or, at the very least, in soil that hasn’t been depleted.

Because industrialized soil or hydroponic systems don’t have the same mineral content as healthy soil, growers are forced to use synthetic fertilizers. These fertilizers provide the things that fruits and vegetables need to get large, but not necessarily healthy. It’s the equivalent to a human eating junk food — we’d get really big, but our health would suffer greatly. On the other hand, a varied diet of organic items creates a healthy soil for the plant (and a healthy human). 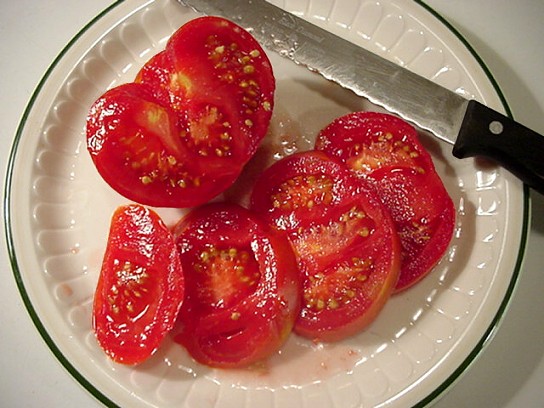 Businesses are about efficiency whereas gardens are about quality. Industrialized growers are looking to turn over as many tomatoes as possible as quickly as possible. Get them up, get them picked, ship them out. Home growers are looking to produce the tastiest possible produce, and that means being patient, sometimes waiting an extra day or three to pick it or giving the soil a chance to rest and recuperate between plantings.

Additionally, these less flavorful tomatoes are picked early, not allowed to mature on the vine. They are “ripened”, i.e. turned red, using ethylene gas rather than natural cycles. This means they aren’t fully developed and lack all the goodness that ripening on the vine provides. Unripe tomatoes, though, look good, last longer, and ship better. In a home (or market) garden, tomatoes are left on the vine until they are ready to be eaten.

Supermarket tomatoes are grown for shipping. Species are selected for their appearance and ability to survive the rigors of being carted around the world, and flavor just doesn’t factor in as much. Homegrown tomatoes are more often selected for how they taste as opposed to how they look or are stored. Then, homegrown tomatoes move quickly from the vine to the table, often without ever seeing a crate or truck.

Most produce, tomatoes definitely being one, are best right after being picked. As the time between being on a living plant and being picked passes, the tastiness wanes, as does the nutritional content. That all shows up in the flavor profile, even if we aren’t especially aware of the particular tomato’s history. Once refrigerated, fresh food begins to lose its vibrancy, in flavor, texture, color, and nutrients. It doesn’t get fresher than coming from the backyard.

Growing tomatoes ourselves instills us with a sense of pride that shows up in the food. Not only have we given our time, attention, and energy to the task of cultivating those tomatoes with love, but we are also going to be that much more attentive to what we are tasting because of it. Tomatoes from the supermarket don’t come from the same prideful effort and don’t warrant the same proud consumption. We appreciate more what we grow ourselves.

In summary, it would seem that we ought to be growing tomatoes at home. It doesn’t take much space (a container garden is ample), and it pays in dividends, just ask the planet. Plus, they just taste so good!