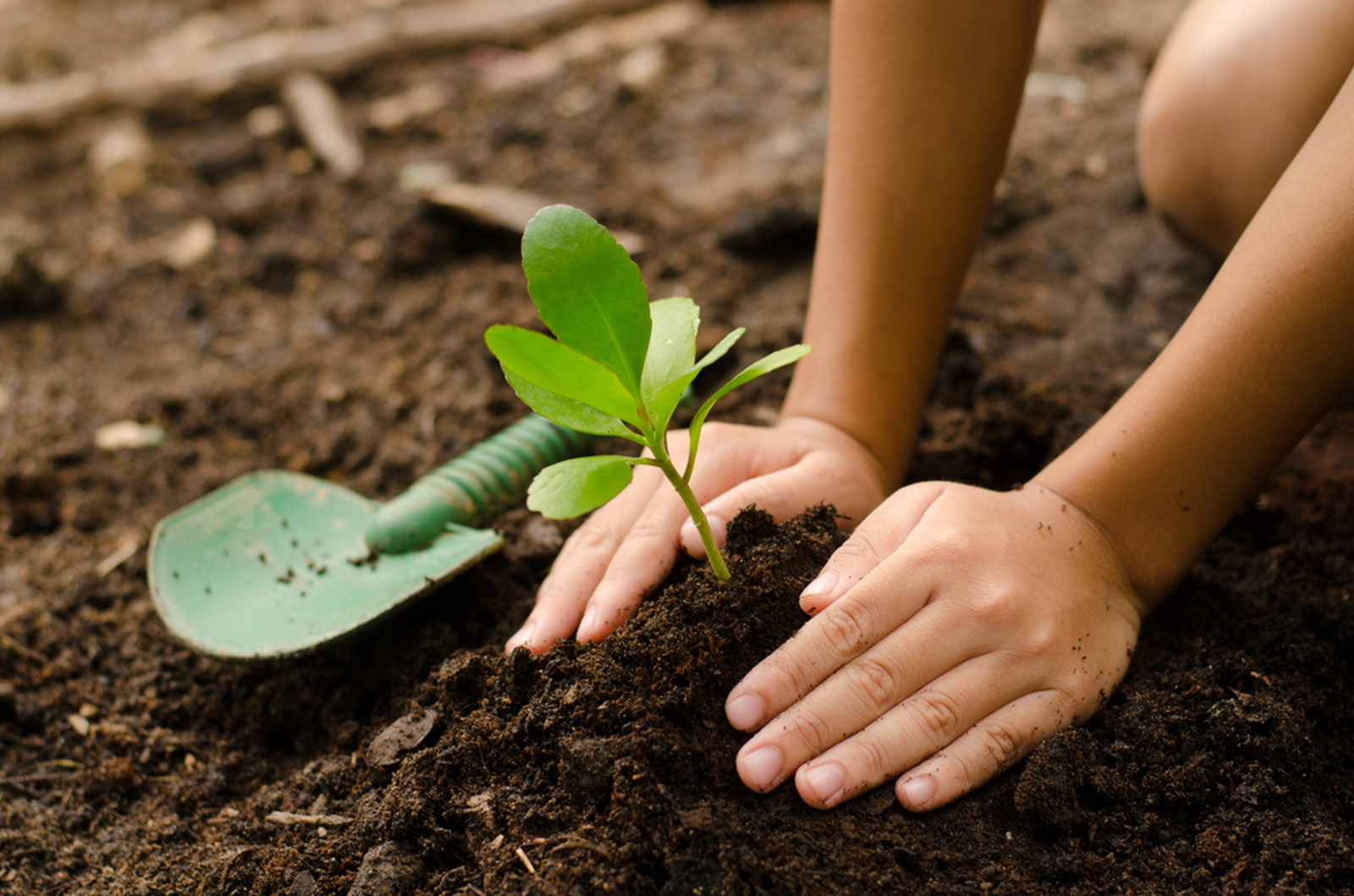 Buying food that is locally grown from your farmer’s market or local grocer is a great way to minimize your environmental impact, but growing your own food takes it to the next level.

The easiest way to imagine how growing your own food reduces your carbon footprint and benefits the planet is to think of food production and distribution in terms of an empty jar. The fuller the jar is, the greater the environmental impact, and the more components involved in producing your food and bringing your food to your plate.

When you take into account the typical energy cost of transporting food to your local grocer, it is estimated that an average distance of 1,500 miles is traveled before the food is consumed. This large-scale, long-distance transportation of food relies heavily on the energy from burning fossil fuels. In fact, it is estimated that we currently put nearly 10 kilo calories of fossil fuel energy into our food system for every one kilo-calorie of energy we get as food. Why is this bad?

Of the many public health and environmental risks associated with burning fossil fuels, the most serious, in terms of its potentially irreversible consequences, is a phenomenon we have all become familiar with – climate change. As Noble Peace Prize winner Wangari Maathai states, “Climate change is life or death. It is the new global battlefield. It is being presented as if it is the problem of the developed world. But it’s the developed world that has precipitated global warming.”

Despite fossil fuels containing large amounts of energy,  they are rarely found in a pure, untouched state. More often than not, fossil fuels are refined and purified into a usable form, leaving excess waste material that requires disposal. The disposal and handling of this toxic waste take a large toll on the health of the environment, the health of wildlife, and the health of surrounding communities.

The Question of Pesticides and Fertilizer

Another factor to take into account is the use of pesticides and synthetic fertilizers on conventionally grown crops. In the United States, the Environmental Protection Agency (EPA) approved the use of many pesticides that were not yet extensively researched and were later linked to cancer and other diseases. Now the EPA considers 60 percent of all herbicides, 90 percent of all fungicides, and 30 percent of all insecticides carcinogenic. In fact, the latest EPA information on U.S. pesticide usage, from 2007, reports that over one billion tons of pesticides are used in the U.S. every year. This is 22 percent of the estimated 5.2 billion pounds of pesticides used worldwide.  Agricultural use accounted for 80 percent of pesticide use in the U.S.  If you are growing your own food, you can decide what goes on, or what doesn’t go on, your produce.

And Then There Were Monocultures

Then there’s the concern of monocropping, or growing only one type of crop in a large area of land. This common farming practice used in the United States, and in other countries, relies on government support for commodity crop production (including wheat, corn, and soy) through the use of government subsidies. These farming practices reduce biodiversity, rely heavily on pesticides and commercial fertilizers, involve heavily mechanized farming practices, incorporate genetically engineered seeds, and result in a loss of soil nutrients. Growing your own food allows you to avoid all of the negative repercussions that come along with monocultures, while protecting your health and the environment’s health.

Other Benefits of Growing Your Own Food

As you avoid some of the negative sides to shopping for food – including a heavy dependence on fossil fuels, carcinogenic pesticides and fertilizers, and monocultures – growing your own food can give you something you may not have considered: exercise. Planting, weeding, watering, and caring for your plants will provide you with a workout that is meaningful.

If you have children, encourage them to join in, too. It can also be argued that growing your own food yields better-tasting food with a higher nutritional value. We’ve all had that friend with the organic garden and after trying one of their vegetables had the “Wow! That tastes so delicious and fresh!” reaction.

Additionally, growing your own food diversifies your palate and exposes your diet to healthier foods – especially if you choose to grow a variety of fruits and vegetables. To learn more about the benefits of what we like to call “eating the rainbow,” check this out.

The last and maybe most important reason for some is growing your own food can shrink your grocery bill. If you cannot afford to buy organic food, you won’t have to put your money towards industries that rely on practices that pollute and harm the environment’s health (and human health). If you buy non-hybrid, heirloom species, you can save the seeds from the best producers, dry them, and use them for the next growing season. Learning to can, dry, or preserve your summer or fall harvest will allow you to feed yourself even when the growing season is over. If you live in a part of the world that becomes cold and snowy during the winter, check out this post on inexpensive ways to grow food in the winter!

Bringing it back to the empty jar analogy, the heaviest jar, or the jar with the largest carbon footprint, is the jar filled with the components needed for conventional methods of consuming food. By growing your own food, even if you just start with a few crops, you are contributing to a healthier you and a healthier planet.

To learn about 10 vegetables that you can grow all year round, click here. Happy gardening!